Chronicle Hot Sauce headliners look ahead to the next waltz 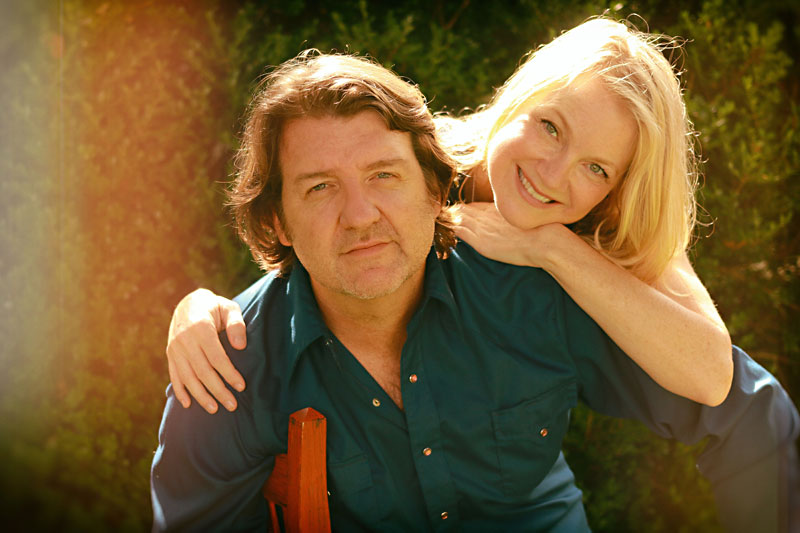 Bruce Robison and Kelly Willis enter the Pershing to a backslapping barrage of greetings. The couple can barely make their way through the door of the packed private East Fifth Street club before they're swept up in wave upon wave of conversation.

As gracious and humble as the husband and wife appear while navigating their way through the crowd, it's clear they're also somewhat uncomfortable with the scrutiny. It's not their show, and for a duo as naturally in sync together onstage, they shrug mildly from the spotlight when it's not trained on them. Neither are they wallflowers, of course – impossible for the six-foot-something Hill Country singer-songwriter or the stunning, casually elegant country chanteuse – but they remain reluctant to call attention to themselves.

Part record label, part content and promotion platform, and part A&R and management support, the Next Waltz is a patchwork of necessity and opportunity.

Even so, the reason the Pershing reaches capacity this Tuesday night is Robison. And Shakey Graves. The heartthrob troubadour releases his new single tonight, a cover of Roger Miller's "A World So Full of Love," for Robison's latest entrepreneurial venture. Part record label, part content and promotion platform, and part A&R and management support, the Next Waltz is a patchwork of necessity and opportunity that Robison put together to support artists he believes in – and to forge a new model for a music industry that continues to dwindle in resources.

As such, the Next Waltz expands Robi­son's driving passion: compositional excellence and the artists with a gift for it. That appreciation begins at his own songwriting, which has provided hits for the Dixie Chicks ("Travelin' Soldier"), George Strait ("Wrap­ped"), and Tim McGraw & Faith Hill ("Angry All the Time"). Plus, it's the fulcrum of the three duet albums that he and Willis have released together, which revel in reviving deep cuts and lost gems from the waysides of American music.

The Next Waltz also serves as centerpiece to the welcome re-emergence of Robison and Willis into music. Although their recorded collaborations and the accompanying live pairings provided fans with ample community outreach, their recent solo efforts – Willis' Back Being Blue (2018) and Robison's Back Porch Band (2017) – were their first personal platters in over a decade.

The couple's focus during that period instead pivoted on raising four children born within a five-year span. With their oldest now off to college this fall, they're both considering what's next. Call it the third act of their careers, where the action really begins to unfold.

Scenes From a Marriage, Part V

"Few things in life take a toll on marriage like working together," noted Margaret Moser in her profile for the couple's first duet LP, Cheater's Game (revisit "The Bandera Way," Feb. 8, 2013). Sitting in the living room of the Last Waltz headquarters just off of Dean Keeton and not far from their Hyde Park home, Willis and Robison demonstrate a natural mix of jabbing and supportive back-and-forth expected from a couple leaning on two decades of marriage.

Willis and Robison demonstrate a natural mix of jabbing and supportive back-and-forth expected from a couple leaning on two decades of marriage.

"As they've gotten older, we've been able to take a little bit more time for ourselves," offers Willis of their four children. "I mean, there are so many of them that it's still quite a lot of organization and work, but it has definitely been different than when they were babies."

"It really did take awhile," agrees Robison. "It was such an intense thing to have infant twins. We found out we were having twins at the same time that we had a Dixie Chicks single. We knew we were going to make some money, so we more or less said we were going to pull back for a few years."

"We had to change the way we worked together," says Willis. "The same was also true even if we worked separately, because then you're leaving one parent with four babies. So it just was complicated for a while, and we really had to figure out the balance. Since we had so many babies, it kept us from splitting up, because one person just can't do that alone."

"Well, that wasn't why I stayed," Robison counters with a boyishly sheepish chagrin.

"But making music together, that was this really bright spot in our relationship," Willis allows. "It was this great thing we're enjoying that also helped us make it through the hard days – just that we had this positive thing between us."

Music grounds their relationship starting with the night they swapped Roy Orbison tunes into the early morning on a rooftop across from Shady Grove. 2013's Cheater's Game offered their first concentrated pairing as duo, quickly followed by 2014's Our Year. Released by the Next Waltz, this year's Beautiful Lie raises harmonies as Willis wrings emotional depth and Robison croons in a laid-back drawl (see "Texas Platters," July 5).

"There's this tension between what we both do creatively and what we do instinctually," opines Willis of their work. "When you bring that together, it creates this balance of tension that's exciting and special."

"Different bandleader type, different personality type, and we came to country music different," she agrees. "I came from that Sixties rockabilly country and he came from that Seventies outlaw songwriter country."

"There's this humility to the process of allowing someone to keep working on a song that you maybe wouldn't and then it works," Willis continues. "It's a give and take that's important in becoming a better artist and writer."

"And that's just making music," Robison acknowledges. "That's where the real thing is. And that's a good thing about being married, I would say: You don't dwell on the past."

"Yeah, why bring up those things?" she counters playfully.

"Why even think about it all? You take all those resentments and you just push them down," says Robison as they both begin laughing.

One Dime at a Time

Both Willis and Robison endured their fair share of big machine music industry exposure. Willis felt misrepresented in her early Nineties, major label management, eventually finding her way independently with 1999's What I Deserve. Robison likewise eschewed Nashville, but still capitalized on the days when the publishing of a hit song could support a career.

"It's hard to make a buck in publishing these days," says Robison. "I was so fortunate, but the world is changed so much."

Watching the industry transition, Robison began thinking about new models to support music a decade ago. The Next Waltz began his answer, although after three years it's difficult to pinpoint exactly what the endeavor has become. Flexibility to continue evolving is perhaps the project's greatest advantage, its room for growth allowing for whatever might be needed to help support artists.

Authentic music also remains paramount to Robison's approach, extending to the throwback recording setup in his Lockhart studio. Gathering artists in a single room and recording to tape creates a raw serendipity. There, listeners get the closer connection between the artist and song.

"It's such a wonderful way to document music. There's so much soul in that space," offers Carrie Rodriguez, who will be among the songwriters joining the first Next Waltz tour later this year. "Every session I've been a part of has been magical. The limitations are what make it so great, and just being in a room together adds so much. It's a beautiful way to record music."

Artists recording for the Next Waltz stack up a pantheon of Texas songwriters, from legends Jerry Jeff Walker, Billy Gibbons, and Willis Alan Ramsey to rising stars like Mike & the Moonpies and Carson McHone. Inter­views and video provide fans with intimate access on the TNW website, YouTube channel, and Patreon.

"The reason we're growing really fast is because the artists trust us," attests Robi­son. "Treating them with respect, whether it's a brand-new artist or a legacy artist, that's the main thing we do right. I don't care how many records it's going to sell or not sell. The music deserves that respect, and good things will come from that."

"Bruce is just a river dog, and I didn't even see him coming," laughs Charley Crock­ett about partnering with the Next Waltz for management. "Before I ever said a word to him, Bruce had a better idea of what I was trying to do musically than any of the business folks I'd met up to that point."

And Robison, for his part, is happier being behind the scenes. He delights in studio work, and the Next Waltz enables him as much time producing at his Lockhart outpost as possible.

"When I moved to town and joined a band, and even when I started writing songs, it was really just an attempt to try to be a part of music in some way, and be a part of what I thought was great music," he says. "All that's changed now 20 years down the road is I might be just as excited to be a part of a young artist doing a great song and lighting a fire as I would be to write a great song and pitch it in Nashville and get it on the radio.

"I never wanted to be a frontperson or to be onstage," he admits. "I want to be part of the band, and be pulling the strings for sure, but I don't want to be out there doing the stuff. That's how I see myself in the stuff I do with Kelly, too."

Back at the Pershing, this time with a much smaller crowd for a livestream of Wil­liam Clark Green, Robison and Willis step onstage together to warm up the audience. The husband towers beside his wife, but as Willis seeps into the title track from Beauti­ful Lie, a 1975 hit for the Rhythm Aces, she commands the room. Her soft twang folds into Robison's easy intonation and effortlessly rises through the harmony. The couple exudes a natural and powerful chemistry.

"The things we do together are pretty organic, and when they make sense we do them," said Robison earlier.

"But we learned along the way somewhere that we have to do our own things and have those boundaries, too," counters Willis. "We can't do everything together because we can't possibly maintain this co-venture in every area of our lives. It's finding a way to compromise, and at this point it feels like we have found that way to balance and compromise. There's still conflicts every now and then, but we've figured out how to deal with those when they arise."