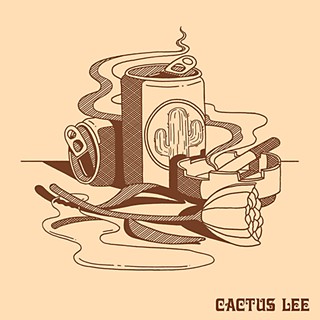 In the face of all recording industry conventions, Cactus Lee issued their debut and sophomore albums, both 10-track vinyl LPs, on the same day. It's a creatively audacious move for the subterranean songwriting trio, but the material's so strong, you can't call it unjustified. 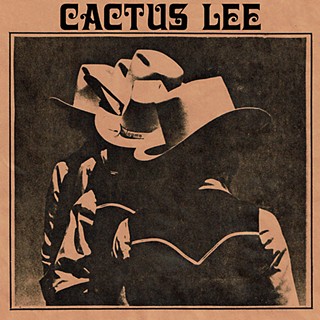 The group's self-titled effort contains one of the most splendid underground folk tracks you might happen upon in 2019, "Clamshell Alley," which matches Blaze Foley's "Wouldn't That Be Nice" in melody and prosody before escalating into the comforting refrain "You're gonna land/ Land in your mother's hands." On that track and all 19 others, Kevin Dehan's Piedmont-pattern fingerpicking serves as Cactus Lee's musical hallmark, alchemizing with Mike Bova's bouncy electric bass and Carson Dickey's scrappy lap steel and electric guitar solos. Once the guitarist for ATX minimalist pop outfit Love Inks, Dehan's gentle, warm baritone proves consistently effective as he relates lyrically abstract lifestyle doctrines with mild introspection in the songwriting space between John Prine and Bill Callahan. The platter's most direct narrative, "Dave Saves," chronicles a protagonist catfished by a prison inmate posing as a religious leader.

Cactus Lee's simultaneous second record, also issued on their 709 Recordings – named for sacred digits of Austin's subcultural Seventies – stacks an even better tracklist. The melodically alluring "Romero," the perfectly lonesome chorus of "Lorraine," and the pleasantly protesting "Bastard" evidence an exceptional sequence of songcraft. If Dehan's voice is a candle, then Bova's a burning mattress. His rowdier lead vocal contributions, including Texas Yard Sale change-of-pace "Sinking Suds," are fit to be sung in the parking lot of a bar at 2:05am.