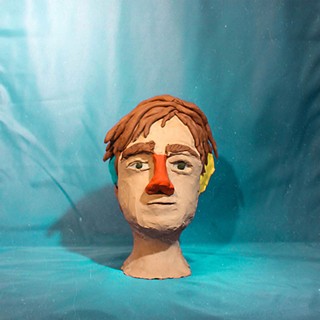 Like golden rays peeking through autumn mist, synths ripple and intertwine with reverb shuffles and delayed split-coil notes on "False Direction," the opener to Dayglow's über confident Fuzzybrain. Austin's best kept secret, Sloan Struble's debut already amassed over 5 million Spotify plays, and while the UT dropout and Texas native credits that to playlist algorithms, there's more to unpack on this eight-track gem. Having taught himself the basics of GarageBand at age 10, the now 19-year-old credits himself as the sole songwriter, producer, performer, and mixer here, yielding impressive results. Single "Can I Call You Tonight?" blasts into the stratosphere as his voice echoes like astral feedback. Synths and guitar slink wrap "Hot Rod" in bright ribbon pop, but flips the over-romanticized iconography for self-aware innocence, conceding, "Maybe I'm not all that you thought / ... / Maybe you're not such a hot rod." Beyond expert bedroom pop, the album fits into a broader spectrum where sun-kissed indie tiptoes into electro pop. "False Direction" shifts to Phoenix's hook arrangements, "Run the World!!!" streamlines Two Door Cinema Club, and "Fair Game" commingles Of Montreal's bass flare with MGMT's synth undercurrent. Melancholic standout twofer "Dear Friend" and "Junior Varsity" gleams with Struble's songwriting potential, wherein his youthful ennui caresses genuine emotion. 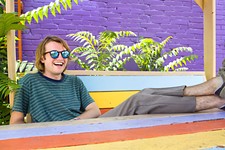