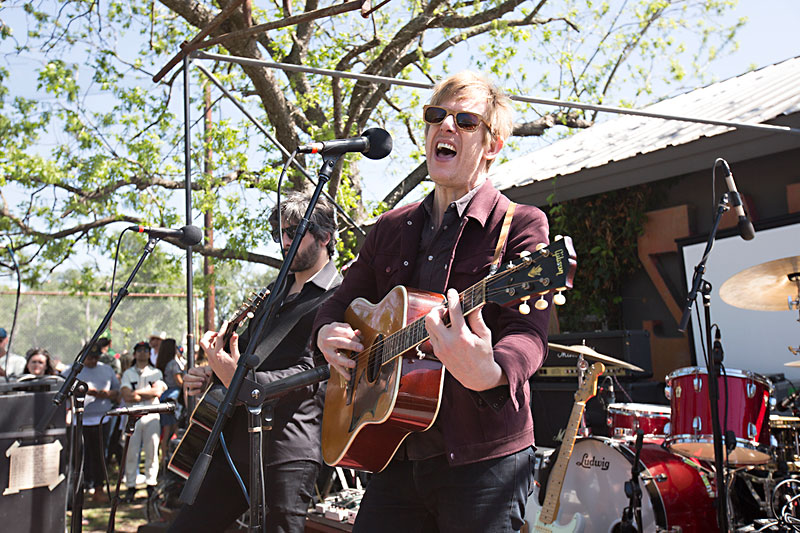 The stalwart songsmith cuts down the catalog for Everything Hits at Once: The Best of Spoon on Matador Records. Co-founded in 1993 by Daniel and drummer Jim Eno, the band's greatest hits offer a master class in never sitting still. Although nothing pre-21st century makes the cull, stadium-sized anthems celebrate the creative consistency of our city's reigning modern rock success.

New track "No Bullets Spent" ends the collection, recorded at Eno's Public Hi-Fi studio during sessions geared toward an upcoming album with Grammy-winning UK producer Mark Rankin (Adele, Queens of the Stone Age). The group recently announced the departure of longtime bassist Rob Pope, a founding member of the Get Up Kids, to be replaced by Ben Trokan of Robbers on High Street.

Spoon celebrates their release Friday, July 26, with Beck, Cage the Elephant, and Wild Belle at Circuit of the Americas.

Austin Chronicle: When a greatest hits album came up, were there any songs in the catalog you really wanted to fight for?

Britt Daniel: My first idea was a 3-disc set with all these B-sides and rarities, but we'll do that some other time. At this moment, we wanted to make a record for people that may have a passing familiarity with the band, so it ended up being a lot of songs that we still play.

As you keep existing as a band, when a record comes out, you might play all the songs for that tour. Then, as time goes on, it gets to be half of that and then maybe just two or three. Songs that stuck in the set list made the best sense.

AC: Thinking about someone with a passing familiarity to your music, Spoon has ended up in so many commercials and TV shows. Do you worry about your songs being decontextualized?

BD: Well, you mean because people listen to single songs, they don't listen to albums?

AC: Yeah, I know you're an album guy.

BD: [Laughs] For sure. It's just a different way of listening to music. If you're skipping around constantly, you're going to have a different relationship to the albums and the artists that make those albums. Both ways have their charms. I stream stuff at times, but I also go out and buy a lot of records. I even buy CDs if I want to throw something in my car real quick.

When I first started collecting music, I was in middle school. My parents had records, but I finally got a boombox that you could put tapes in. I got maybe three albums on tape for a birthday. The relationship I had with those albums was pretty intense. I don't see that happening as often anymore.

AC: Does "No Bullets Spent" have a political meaning?

BD: I wrote it last summer in New York, because I was up there for quite a bit after we finished our tour. It's a song about an oppressive master. That's all I'll say.

AC: You played a few Beto O'Rourke events last year. Has an activist function for Spoon gotten more important to you over time?

BD: It's always been important, and we've always done little things. The Beto campaign was a moment for Texas. I found out about Beto early on, so [Spoon keyboardist/guitarist] Gerardo Larios and I played an event for him way last spring. Then it became this phenomenon, and we kept doing more and more.

It's been a while since we had a real fight in Texas. It was a candidate that a lot of people could really get behind, and it was an inspirational moment. For once, we had a chance to do something, and we got really close.

AC: Where do you live now?

BD: I find myself in Austin more than anywhere, and I definitely feel the best here. I still go back to L.A. because my bandmate Alex [Fischel] lives there. We write really well together. Then I'll come back to Austin to see my family and record. It's a lucky position I'm in.

AC: You've had the opportunity to help out a few Austin bands, like Sweet Spirit. Are there any newer acts that you're excited about?

BD: I just started listening to that Black Pumas record because I love the record cover and I was seeing it everywhere. That's a great band. Andrew Cashen is doing another solo record, and I went over there and recorded bass last night. There's also a good [Me Mer Mo] Monday night over at Volstead with experimental music, and I've gone over there a couple times.

AC: The digital cover for Everything Hits at Once has a tambourine. Does that represent anything?

BD: At one point, sort of comically, we considered ourselves a tambourine band. Around the time of Kill the Moonlight, it was a big thing for us. I took a lot of pride in my abilities as a tambourine player. I say that with a bit of a grin.

For me, with the tambourine and shaker, I grew up listening to Stones and Beatles records. Those instruments were just as loud, sometimes louder than the drum kit, so I got used to that sound. It provides a lot of character and excitement when I put on a record and it's got a tambourine that loud. In a way, it was a throwback to how important the tambourine has been to our records, but it also just looks good.

AC: You've done a few other projects over the years. How have you kept yourself absorbed in Spoon for this long?

BD: I have an attachment to these songs. I loved playing with the Divine Fits, and I'm sure we'll do it again at some point. As much fun as I was having with them, when it came to the end of that tour, I do remember thinking, "Well, it'll be pretty great to go play some of those Spoon songs again."

AC: When you're writing, do you ever think about how the song will sound live?

BD: Sometimes as we're recording, I realize it. Last week, Gerardo was playing the guitar solo to a song called "The Hardest Cut." I think everybody in the room thought the same thing: "This is going to be a scorcher live. I can't wait to play that one."

AC: Do you still get nervous performing?

BD: I still get nerves. I think that's a good thing. I still definitely give a fuck when I'm going onstage or putting out records, and I do still see some musicians who don't seem to give a fuck. I think giving a fuck equals nerves equals quality control. 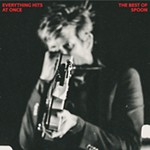 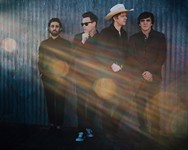 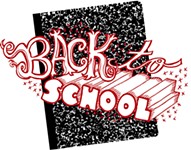 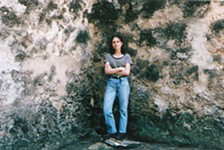