“I had a hard life, but it channeled into the music” 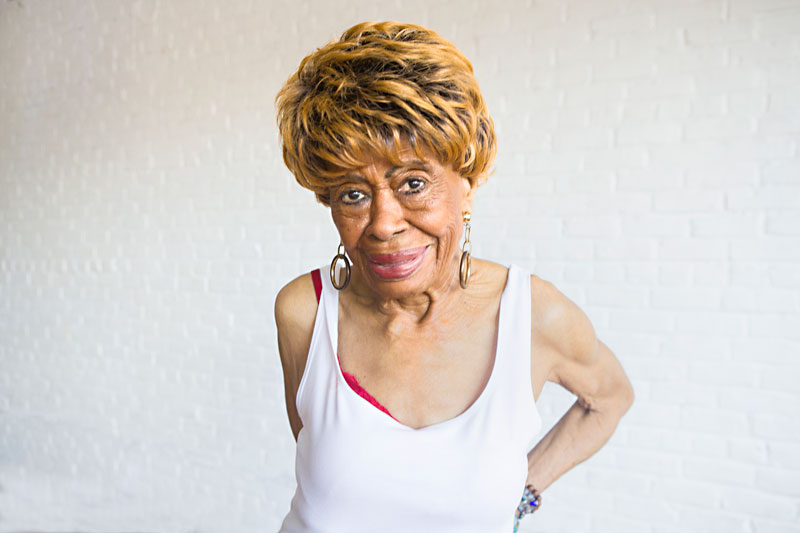 "Don't go there with my age," Miss Lavelle White warns me.

In the Fifties and Sixties, the Louisiana-born White starred on a stack of marvelous R&B singles for Houston's influential Duke/Peacock label – including the exhilarating "Teenage Love." Soon, she found herself singing alongside Sam Cooke, Otis Redding, and Bobby "Blue" Bland on regional revues. Meanwhile, her earliest appearances in Austin put her on bandstands at thriving black clubs like Charlie's Playhouse and the Victory Grill. When the "Home of the Blues" opened in 1975, Antone's then became her local headquarters.

First settling locally that same decade, then hightailing it to Chicago for an eight-year nightclub stint, White's return to Austin in the Nineties ushered in her most productive studio era: three LPs on the Antone's label, plus the Texas Soul Sisters collaboration on Dialtone. Defying retirement, she continues to perform weekly with her backing combo, the L-Men.

Austin Chronicle: Who's the most interesting person you've ever met?

Lavelle White: Ray Charles was the most interesting. He was just a beautiful guy and he loved to talk. He really built me up, telling me, "Don't be afraid, just keep going. You'll make it one day." I'd say, "When?" I loved him.

AC: Do you think you'll make another album?

LW: Well I am, but it's a hard thing because, growing older, men be looking at younger women. They're not looking at me. They don't want me because I'm older. Now, no matter how old I get, I won't stop lovin' men, but there's two things I don't do: I don't chase after men, I don't mess with my friends' men, and I don't mess with married men. I stay away from that.

AC: Clifford Antone put out several of your albums in the Nineties and 2000s. What impact did he have on your life?

LW: He had a big effect on me. I came from Don Robey and Evelyn Johnson [operators of Duke/Peacock Records] and then him. He kept me going, helped me have a place to stay, and he paid me. Then Lou Ann Barton did one of my songs ["Stop These Teardrops"], cuz he wanted her to do it. I was so shocked the day they told me Clifford passed away. I didn't eat for two or three days! It hurt.

AC: What do you remember about your earliest nightclub gigs?

LW: I was about 18. One of the old clubs that I sang in was the Hamilton Inn in the Fifth Ward of Houston. It was rough out there. I can remember getting onstage and trying to sing with a band and the audience was all "Booo! Sit down! No one wanna hear you!" I'd go ahead and try to sing anyway, doing Little Richard's tunes and stuff like that.

AC: Were you mostly playing for African American or white audiences as a young performer?

AC: In a 2003 interview with Margaret Moser, you made this appraisal of Austin music: "If you're a skinny white boy with a guitar, you got a gig. But no one wants to see a black woman with talent." Do you still feel that way?

LW: That's right. I speak the truth. It hasn't changed too much. I've gotten a lot of white fans, but it's like we can bend over backwards and turn a flip onstage and they'll look over us. Then someone else will come in and they'll run over you to see them.

AC: You wrote, but didn't receive credit for Bobby Bland's hit "Lead Me On," a truly moving song. Can you tell us what it's about?

LW: My mother. She was a hard worker. My dad walked away from me when I was 5 days old. It's a sad story that people wouldn't understand. I cried many tears. I went barefoot many days. My mom, she couldn't afford for me what she wanted to, but she did her best and I love her for it. I had five brothers and it was four girls – nine total. Mom worked in white people's houses, worked in fields. It wasn't a good life. I had a hard life, but it channeled into the music because I can look back and say, "Thank God that's no more."

AC: If you could talk to yourself at age 18 what would you say?

LW: I would tell myself to keep going and be strong.

“Women are big now. I think it’s great what ladies are doing now. Much greater than when I was coming up. We have been held back a long time.”

AC: Do you approach singing more as a musical thing or as personal expression?

LW: It's an expression to the public. A lot of people come to my shows feeling bad and leave happy because what's coming out of me is for other people. That's my purpose: to make people happy.

AC: Women are shining in politics, business, and music in 2019. Given how much you've seen women go through during your life, does that make you happy?

LW: Women are big now. I think it's great what ladies are doing now. Much greater than when I was coming up. We have been held back a long time. Thank you God that we are up now and I am glad.

A version of this article appeared in print on July 5, 2019 with the headline: Keep Going & Be Strong 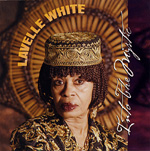