Faster Than Sound: Cutting Up on Tuesday "The girls are cutting up tonight!" said Garcia, who performs as Ansem, tipping off a beloved meme moment among the crew of Austin nightlife leaders. The stars of the underground now align in a weekly residency at Red River hideaway Elysium, inspirationally titled Cut Up. Every Tuesday since its April 23 launch, the collective of some 10 organizers opens the dance floor, DJ booth, and stage to the new wave of queer Austinites.

"We wanted to build a space that centered gender nonconforming and trans folks, and people of color," explains coordinator/pop presence p1nkstar. "People have been really receptive to all the gender freaks joining together and having fun." Cutting up initiates at 10pm, welcoming guest and resident DJs to Elysium's spinners' perch. On a June 18 stop-in, Mamis/Mosaico Experiencia principal Adzua-Gette Cole offered a remix of Megan Thee Stallion's "Big Ole Freak." Crop tops, platforms, and chains filled the floor alongside sandals and sundresses. At the stroke of midnight, the stage invites a variety show spanning drag, post-drag, musical sets, and burlesque – at least so far. I was drawn in by a clip of resident artist Adiean bringing Haley Heynderickx's indie-folk "Oom Sha La La" to the club. Continuing their own residency, drag king troupe Boiz of Austin kicks off one Tuesday a month.

Beyond that, nights typically include Fifi Mar's pink photo booth, a glam station with Jeanette Celine, and other vendors. The party recently added screenings of Tuesday FX series Pose, a nod to queer counterculture's predecessors in Eighties New York.

"If you look back at [the Stonewall Inn] and other Sixties and Seventies clubs, it was this haven for everyone," reflects Rainey Fraser, who performs as mid^heaven. "But in a lot of Austin's gay spaces, there's mostly cis men. It's my intent to be conscientious of who doesn't feel welcome, cherished, valued, or hot, and make sure that it's not like that."

Fraser, like many of Cut Up's founding twentysomethings, started out producing warehouse rave events. After connecting in the art gallery scene, the pals collaborated on a few DIY plays, including p1nky and The Kwane, co- produced by resident Cut Ups Wayne Bruce Dean (Wherm) and Josue Allen Hart. Beyond pop-up ragers in abandoned couch factories, the crew dreamed of a central landing pad.

Elysium owner John Wickham was on board, and open to the essential elements of 18-plus age requirements and free entry before 10pm. The subculture-friendly venue previously hosted Tuesday night lesbian event Sappho's Isle, which ended back in 2007. TuezGayz currently sets up across the street at Barbarella, whose security staff has faced criticism for aggressive tactics.

"What we were doing only existed in a DIY setting, and we wanted to bring it Downtown," says cyber-creator Y2K. "This new, baby generation of trans folks wants to go out and show off their outfits, especially with Instagram. It's important for other people to see what's happening here."

Y2K and Fraser generally book the talent, and they're open to applications from all levels. For a special Juneteenth Cut Up, resident Jordan Collier took the reins, curating a roster of all-black femme artistry. In addition to booking, the residency allows Collier DJ practice as purple~matter, aligning funk, soul, and R&B slow jams.

"If it wasn't for those figures, I wouldn't be here," adds Collier. "Hopefully after coming to Cut Up, someone can feel inspired to set out on their own path to self-fulfillment." 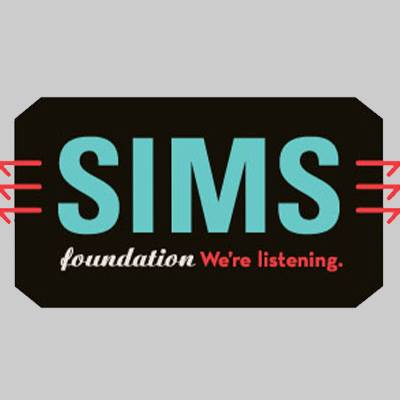 As of this month, the SIMS Foundation has been approached by some 300 new clients, presenting a 50% increase from this time last year. According to a June 17 Facebook post, the influx presents a "serious financial shortfall" for the organization, which provides mental health and substance recovery services for local musicians and music industry professionals. The strain mirrors the record enrollment for insurance-providing Health Alliance for Austin Musicians (HAAM) back in November.

"We have really been out in the community talking to folks about coming to SIMS and getting help before they're in crisis," says Bouressa. "We're also trying to have open conversations to destigmatize these issues, and our sense is that the message has gotten out very clearly."

Last August, the foundation also began offering music venue trainings to nightlife staff, covering issues like mental health and homelessness during free sessions. Central Health provides the group's major support, but Bouressa points out that those funds don't apply to the growing number of musicians living outside of Travis County. The organization is currently recruiting a development director to improve fundraising.

"We're not seeing any slowdown in the number of people coming to us for services," adds Bouressa. "We need some long-term relationships for sure."

This Sunday's 3rd Annual Rosé Soirée at Eberly supports SIMS, as do 10% of ticket proceeds from Jelly's Guitar Jam on Tuesday at One-2-One Bar. Spoon unveils its first new song since 2017 LP Hot Thoughts. The kicky "No Bullets Spent" lives alongside the locals' greatest hits on Everything Hits at Once: The Best of Spoon, due July 26 on Matador Records. Of the nostalgic choice, frontman Britt Daniel shares via press release: "First I wasn't sure how I felt about it, but at some point I remembered that when I got my first Cure record it was Standing on a Beach. When I got my first New Order record, it was Substance. That was how I met those bands, and I moved backwards from there, but I still listen to those comps."

Survey Says: Initial results of a city survey were previewed June 8 at a joint meeting of the city's arts and music commissions. More than 600 respondents provided input on how to best use a $12 million bond package. Results presented by Music & Entertainment Division Manager Erica Shamaly showed preference for use in East Austin rather than other regions. Respondents also pushed for funding of multiple already-existing creative spaces, rather than acquisition and construction of a new cultural center.

13th Floor Elevators Vinyl: Levitation offers rare psych wax following the death of the trailblazing troupe's legendary singer. The collective touts copies of initial LPs The Psychedelic Sounds of the 13th Floor Elevators and Easter Everywhere, signed by both Roky Erickson, who died May 31, and electric jug pioneer Tommy Hall. Dropping Friday morning at $313 a pop, their proceeds go to the band members.