Two birthdays and a dark christening 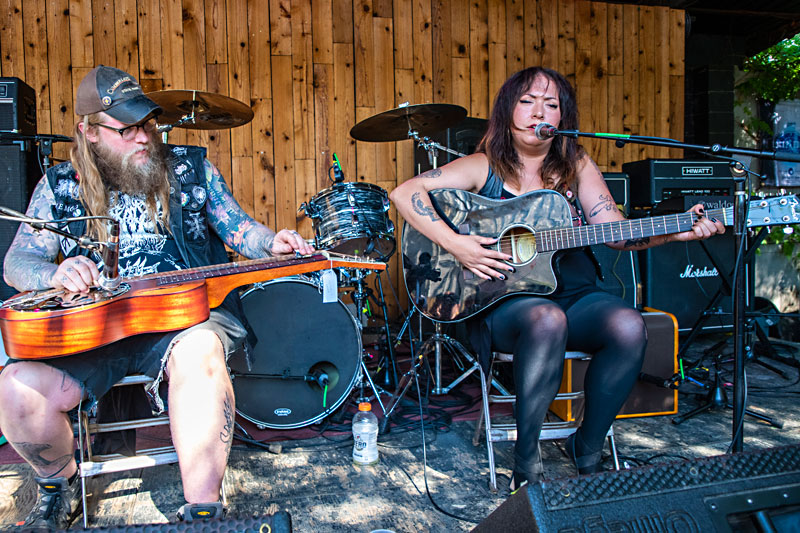 If you needed me: Austin Lunn joins Dorthia Cottrell during her Townes Van Zandt set. (Photo by David Brendan Hall)

Occupying the spring slot of punk/metal convergence Chaos in Tejas, the 33-band bill came topped with Texas debuts by black metal folkies Panopticon and stoner crew Bongripper, plus a rare stopover by Tokyo doom explosives Church of Misery. Amp-topping danceability from NYC's Machine Girl, synth-pop in the guise of Canadian electro crew Tr/st, and doom-hop by Dälek left no question about the diversity of the genre and fest. Then there was the weather, beginning with temperatures near 100.

"I stuck an ice cube up my ass before I came out here," cracked Pig Destroyer frontman J.R. Hayes later that night, adding that the band had looked into guesting Geto Boys rapper Bushwick Bill, but he proved too sick – presaging the Texan's death on Sunday ("In Austin, Bushwick Bill Found his Musical Playground," Daily Music, June 10).

The day after Integrity closed with Roky Erickson's "Night of the Vampire," Dorthia Cottrell and Panopticon's Austin Lunn highlighted the weekend with specialty Townes Van Zandt and Blaze Foley cover sets, respectively. The latter's Southern charm perfectly embellished Foley's tunes. In fact, Lunn took home festival MVP via two Panopticon sets on Sunday due to some fans getting capped out of the first when the lightning storm hit and the Garage door had to be closed.

Hole in the Wall Turns 45 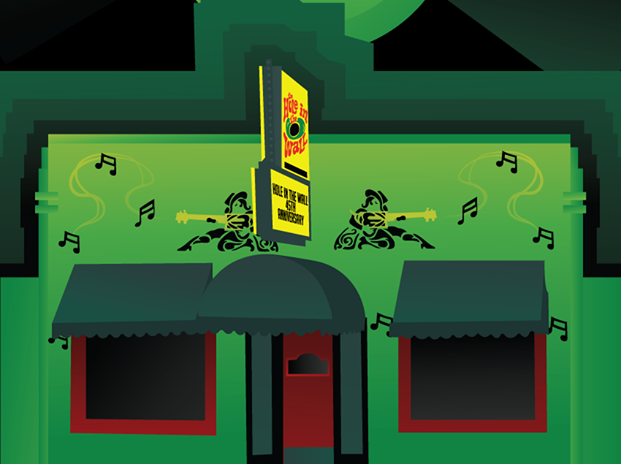 Paul Minor hit the legal drinking age at Hole in the Wall – twice – thanks to Texas' flip-flop on alcohol in the Eighties. That established him as a lifelong fan. The ABGB booker/sound engineer thus dreamt up a vinyl 45 rpm single for this particular birthday, matching a Mike & the Moonpies cover of Fastball million-seller "The Way" with PR Newman's take on Top 20 Timbuk 3 hit "The Future's So Bright, I Gotta Wear Shades" (check out reaction from the latter song's author Pat MacDonald on our Daily Music blog, "'Future's So Bright' for PR Newman," June 7).

"The venue had a wide open booking policy that evolved after its start as a songwriters' venue with people like Townes Van Zandt, Blaze Foley, and Nanci Griffith," explains Minor. "It followed the energy of the Austin music scene."

A week of birthday bookings, June 17-23, capture cross-sections of the Guadalupe mainstay's past and present. Monday acts as a release party for the single, Tuesday tributes owner Will Tanner's 2005 takeover of the club, Thursday belongs to in-house booker Belicia Luevano, 23, who reps younger talent like Daphne Tunes, and country stringers Weary Boys reunite next Saturday.

"Once you spend time here, you start seeing it," explains General Manager Austin Leos. "Bands may have a rough set, but there's something there, and next thing you know, they're playing everywhere."

Since the HITW's 40th, free karaoke now sets up nightly in the back building, former home to East Side King. Magic Rockers of Texas frontman Jim Campo runs the new kitchen's output of burgers and fried snacks. Plans have also been announced for a boutique hotel on the former Jack in the Box site next door. Tanner's optimistic about "extensive conversations" with hotel management White Lodging, as well as the venue's own upcoming lease renewal in 2021.

"Our mission statement is keep being awesome," adds Tanner. "We've been embattled on and off so long, but we're here doing the same thing, and that's all we're going to ever do." 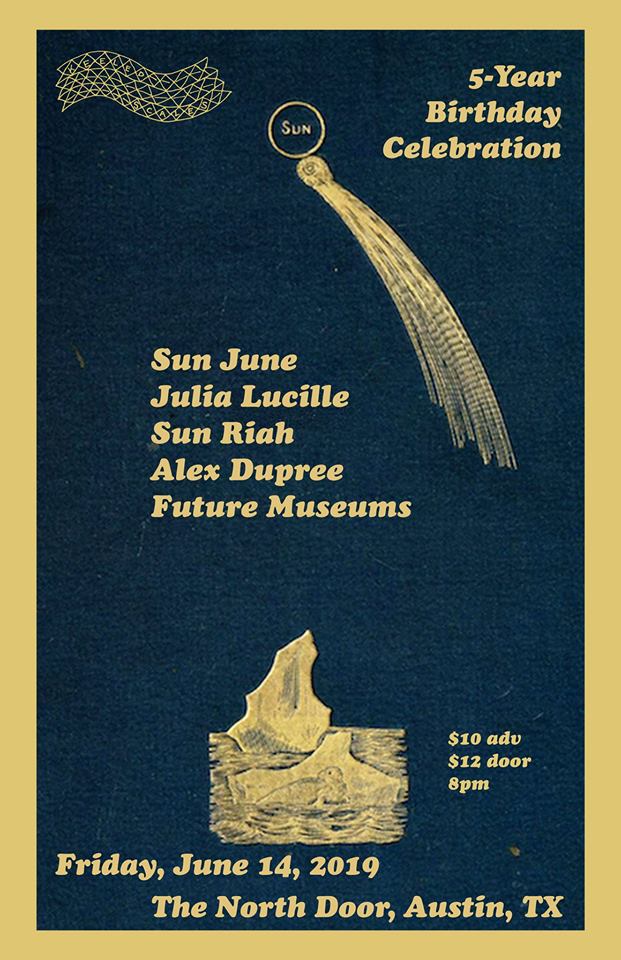 "The first thing I listen for is the words," says Presley, who signed Sun June after hearing them through the floorboards while living above Estuary Studios. "It's so hard for me to get past bad lyrics."

"Because of limited finances, we have to work extra hard to make things viable," says Presley, who still books cozy gatherings most months at Hyde Park's Track House. "It's important to communicate what you can bring to the table as a small label, but I think our involvement and passion counts for something."

The Beerland Benefit hosted by Empire Control Room last Thursday earned $4,700 for the venue workers, who faced nonpayment issues dating back to SXSW. Donations were added to a GoFundMe account for both Beerland and Super Secret Records employees, which hit its $17,000 goal. According to former Beerlanders, affected label and venue employees will submit invoices for unpaid wages. Previous Beerland owner Donya Stockton oversees distribution, and any extra money goes to a local nonprofit. According to the GoFundMe, if workers are paid out by current owner Richard Lynn at a later time, donations "will be considered financial relief for hardships encountered during the time of nonpayment as well as support during job searches."