Heritage and heartbreak coalesce into a sea of emotion 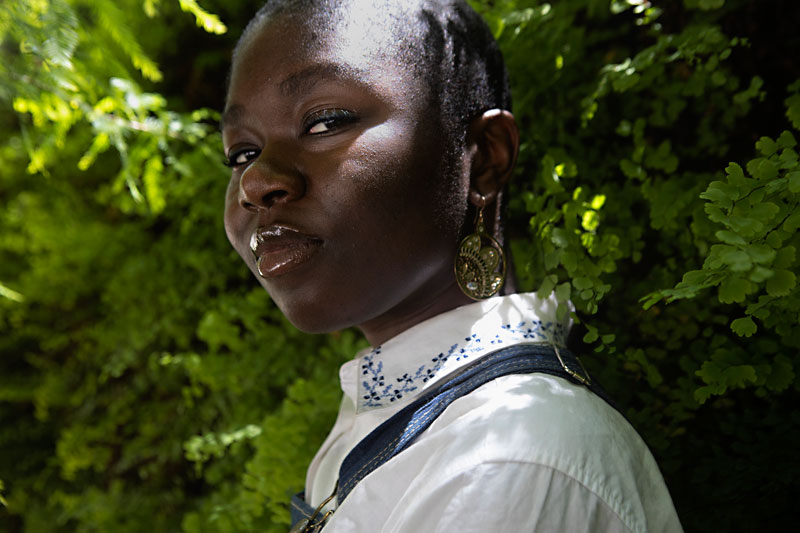 Christelle Bofale worried May would be a slow month for shows. This week's release of her debut EP on influential San Francisco indie label Father/Daughter Records took care of that. Good thing, too, because the soulful 22-year-old confessor doesn't like turning down local performance opportunities.

"I say yes because that's how I got here," says Bofale. "Every gig I've played brought me to this point. It's only been, like, a month since I actually released a song, and before that it was like, 'Oh, we like Christelle because we like going to her shows.'"

Daughter of a Congolese guitarist, her creative arc to noted label signee started in high school via performances at San Antonio's Imagine Books & Records. Attendees often asked if she had music online and received a polite, "Not really," a line she's repeated ever since. Years after moving to Austin for college, Bofale debuted at the all-women Raise Her Voice series for Human Influence in December 2017.

One song from her teen years, "Origami Dreams," shows up on the new Swim Team. She connected to Father/Daughter through local A&R rep Tyler Andere, who saw her play a house show hosted by members of homegrown punks Blood. Bofale and Andere both felt under the weather and considered not going – another testament to the power of simply showing up.

"She did the opposite of what most new artists do, because she wasn't on Bandcamp or reaching out to people," points out Andere, who never signed an Austin act until Bofale. "Christelle's been blessed with an energy that calls people to her. Everything happened by word of mouth."

Bofale's particular blend of lively introversion absolutely explodes in her active social media presence. When her first-ever release, "U Ouchea," hit 10,000 streams on Spotify, she offered fans a hyper, hilarious capture of herself dancing and throwing her cat Mark across the room. At over seven minutes, the song's flow of trickling melodies and fluttering structure mirrors the Congolese sounds with which she grew up.

"U Ouchea" ("you're out here," more or less) also introduced her middle name into the mix. Born Christelle Bofale Miller, she calls her new artist moniker a "nod to the culture" and a more easily searched edition of past bookings as Xtelle or Christelle Miller. Early on, solo iterations of her lush, guitar-based musings often prompted Austin bookers to invite the dreamy vocalist to R&B shows.

“As a black woman, you’re put into this box of what your music is,” says the native Texan.

"As a black woman, you're put into this box of what your music is," says the native Texan. "Just little micro things like that can be discouraging in a scene that's already not very diverse. But once people got to know my personality, they started getting interested in the music as well."

Although Bofale considers her story "so serendipitous," catching her effervescent ebbs and flows in the studio took years. While writing for MUD Magazine, she connected with Erykah Badu collaborator Zach Witness. They tried connecting two years ago in Dallas, but the timing didn't work out.

"The universe works in such weird ways, almost like that time didn't work out so I could do [the album] this way," says the Austinite.

A toxic relationship during her freshman studies at St. Edward's University provided the biggest roadblock to her musical advancement. In a swirl of instability, including co-songwriting with the abusive partner, Bofale stopped playing guitar. Drama ensued.

Hear it on "U Ouchea," which begins with "You're out here tightroping," then oscillates between Bofale's protectiveness for her wayward partner and personal apprehension ("I'm pregnant with fear/ I've got to get out of here"). The album's wandering opener "Moving On, Getting On" stands stunned in the ruins of their relationship.

"There aren't many words in that song, because I literally didn't know what to say other than, 'This is really hard,'" recalls Bofale. "I thought, 'If this process was a song, it would sound like this.'"

Tumultuous instrumentals from the depths of heartbreak inform Swim Team's submerged nature. The singer mentions her astrological water sign, an apt predictor of her fluid, wavering vocals. Bofale says the album title references a crew of close friends who floated along with her through difficult times, as well as memories of a middle school aquatic center.

She also recounts watching her father lead special worship services with the San Antonio Congolese Catholic Choir. Sometimes, she played piano on "Amazing Grace" during communion. Today, her cyclical compositions channel the sounds played by her parents and grandmother around the house.

"Those songs go through all these different moments," explains Bofale. "It's like, 'Oh, we're here, and now we're here.' Sometimes it circles all the way back to the beginning, and you're like, 'Oh yeah! That's how we started.'

"In my own music, it feels like I'm swimming in a sea of my emotions."

A version of this article appeared in print on May 31, 2019 with the headline: Water Sign 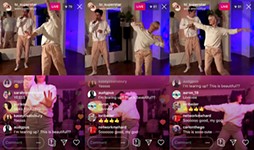 Faster Than Sound: Islands in the (Live)stream
Crossing over from 3D to the pixelated world of livestreams