Rare local reissues from Jazzman Records, the Briscoe Center’s Music Collections presents its “Greatest Hits,” and – has Beerland been sold? 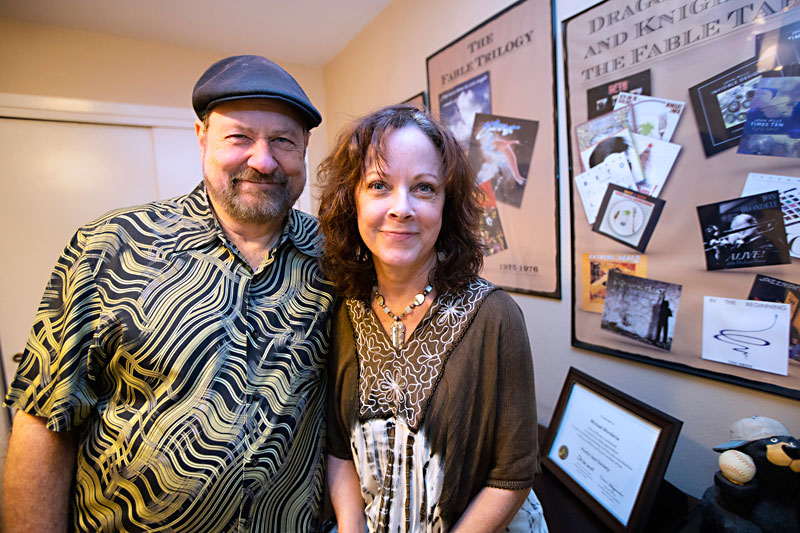 Fable Records officially launched in 1975 with a hot check. Founder Michael Mordecai passed it to a manufacturer for pressings of Cumulo Nimbus, from the oddly named Austin jazz group 47 Times Its Own Weight, hoping sales would make up the deficit. They didn't, so he wrote yet another bad check for 1,000 vinyl copies of Steam Heat's Austin Funk.

Luckily, that pressing sold over 800 copies in one day.

"I only had $3 in my bank account, so otherwise I would be in jail," says Mordecai.

"Disclaimer: This is not a study in how to start a business," adds his wife and label partner Laura Mordecai, a former Austin Federation of Musicians employee. 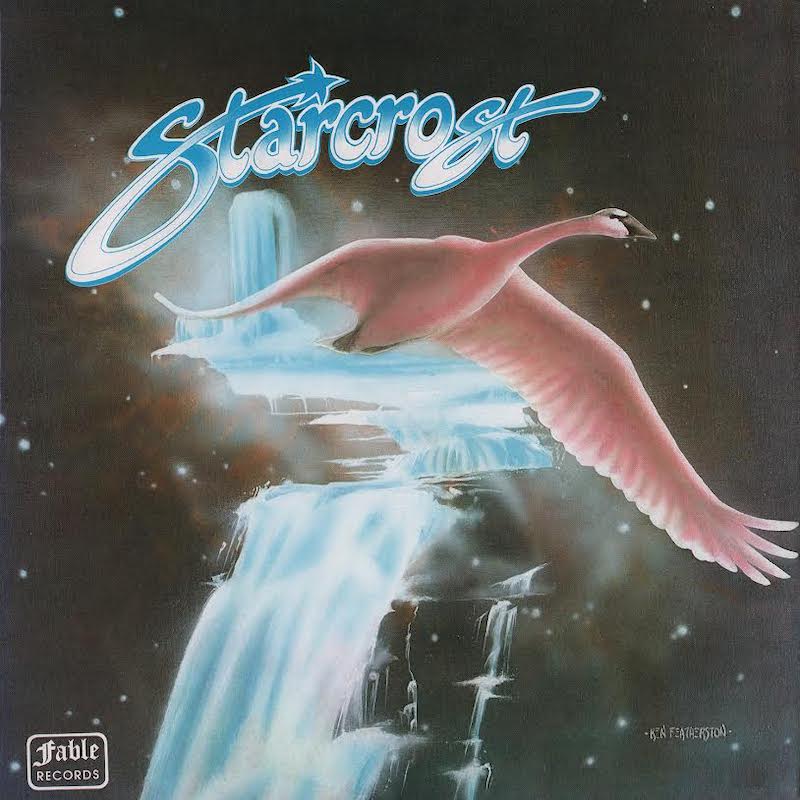 Following Fable's Seventies heyday, the Mordecais maintained the label alongside their major booking concern BBA, still churning out some 150 gigs a week across the country from their headquarters here in the state capital. Meanwhile, original Fable pressings spiked to $500 thanks to Japanese collectors. In 2013, Detroit rapper Black Milk's "Money Bags" sampled Starcrost's slinky "False Paradise."

"As soon as the internet started taking off, we would get a nice little stream of emails inquiring about whatever happened to this group or album," recalls Laura.

"I had a whole folder of licensing offers from Spain, Germany, and more from Japan," adds her spouse.

In 2006, backing from Japanese label Creole Stream Music allowed for reissue of the three albums on CD. A decade after reaching out, Jazzman head Gerald Short finally won over the couple after helping shut down bootleg sales of Starcrost on eBay. The UK label now offers 1,000 copies each of Austin Funk, Cumulo Nimbus, and Starcrost on vinyl.

"You can tell by listening that they're all homespun, intimate affairs and are untainted by major label production methods," says Short of the trilogy. "These are exactly the kind of records that jazz and funk fans around the world would love to hear. It's such a shame that the LPs never really got out of Austin all those years ago." 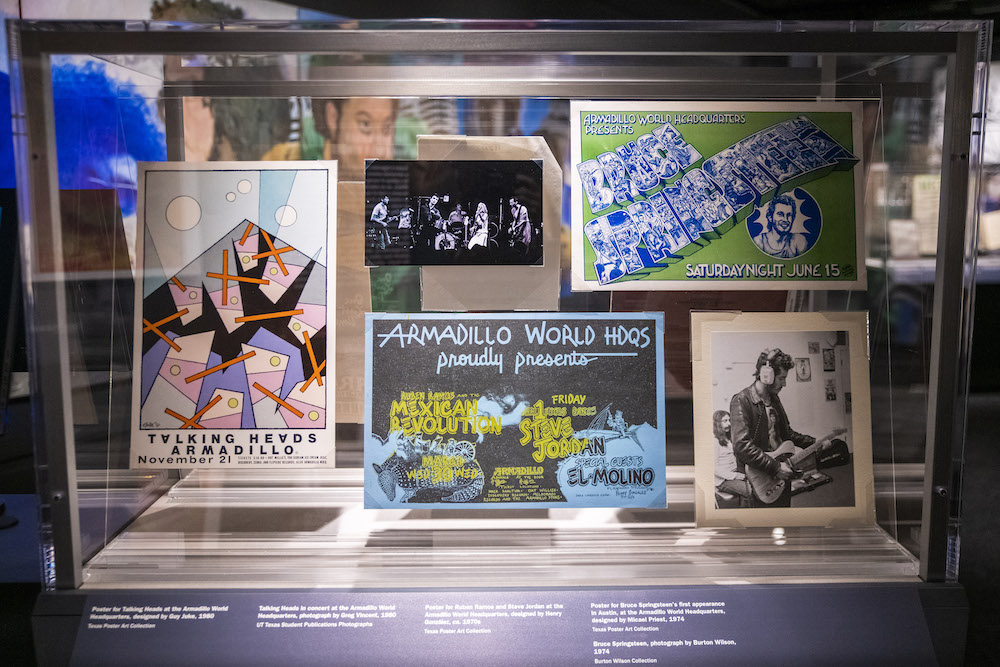 "Often, a museum exhibit tells the story of a certain time in history, but we wanted to do something different," explains Ben Wright, associate director for communication at Briscoe. "It's really a smorgasbord of our archive's treasures."

By the gallery entrance on the UT campus, a hand-painted sign for the 1978 album Willie Nelson & Family greets visitors. The local country legend rates his own section, alongside Texan musicologist John Lomax and legendary Hillsboro-born producer Bob Johnston (Leonard Cohen, Bob Dylan, Moby Grape). Concert posters commemorating local visits from Bruce Springsteen in 1974 and Elvis Presley circa 1955 dot the exhibit, as does a 26-foot mural by Jim Franklin.

Colorful likenesses of local folkies the Conqueroo used to hang at the Armadillo World Headquarters.

"Around 1980, when a lot of hippie counterculture venues were closing down, we started collecting more modern stuff," adds Wright. "The trick is to know what to keep."

Following his father's death in 2014, the son of Small Faces/Faces keyboardist Ian McLagan offered the contents of a local storage unit. The touring-themed portion of the show also houses Texan opera star Barbara Smith Conrad's music annotations and a rhinestone-encrusted guitar commemorating local blues singer Miss Lavelle White's 89th birthday. Among many letters, my favorite originated from a booking agent to the Sir Douglas Quintet's management: "My secretary would like to know who their beautician is, as she digs their hair styles."

Throughout, listening stations sample the center's 90,000-some audio and video recordings.

"The end goal is to have folks come here for research," says Wright. "You'll see Townes Van Zandt's handwritten lyrics for 'For the Sake of the Song,' but when the exhibit closes, you can actually hold them."

"Greatest Hits: The Briscoe Center's Music Collections" is free and open to the public until December 14. www.cah.utexas.edu. 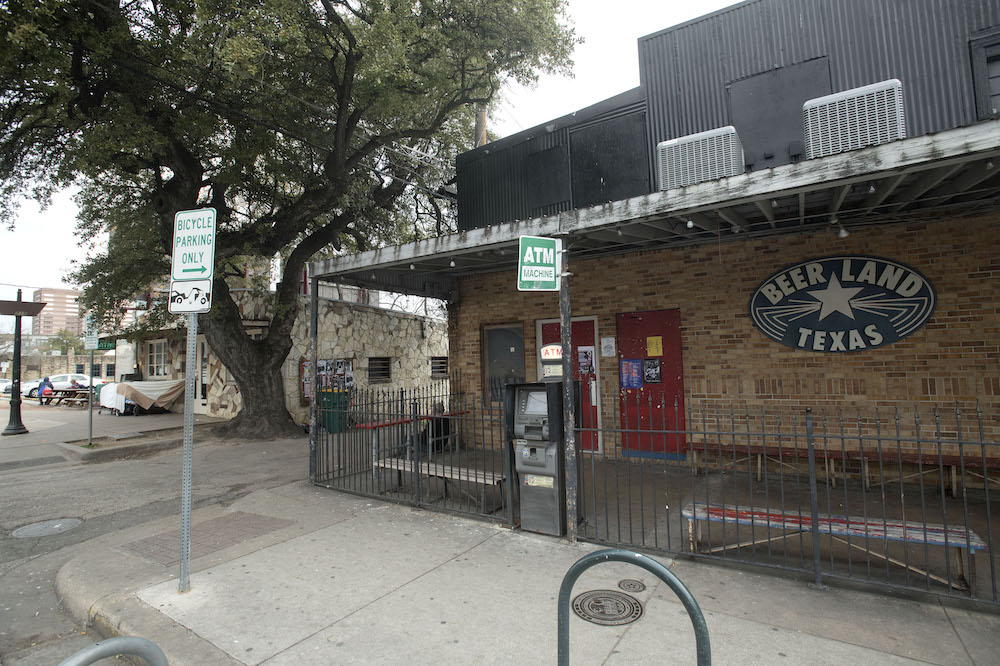 Has Beerland been sold to an unnamed buyer? Early Tuesday morning, a press release stated: "The club will remain open during the transition in ownership, and shows currently booked at the club are expected to take place as scheduled. Future plans for the space are undecided at this point, according to the new owner." In a Facebook comment, Richard Lynn, CEO of current building owner Austin Jukebox Holdings, said the buyer's identity could not be disclosed due to a confidentiality agreement.

Meanwhile, Beerland employees circulated reports on social media of bounced paychecks since South by Southwest, which one source revealed had been lucrative for the business. Word of the sale came less than 24 hours after employees issued a letter to Lynn announcing "a general strike until all back wages have been paid," according to a widely circulated post calling for community support of the strike. Sources told the Chronicle that original venue staff clashed with Lynn's team following his takeover in January 2018, and that back pay was also owed to employees of his homegrown label empire, which includes Super Secret Records, Sonic Surgery Records, and Self Sabotage Records.

In response to a request for comment, Lynn stated in multiple long texts to the Chronicle: "I do owe some back pay to my employees, but I've told them many, many times that I'm making it my number one priority to pay them back, and now that I've sold the bar I can do it even faster." Although the Red River venue's calendar extends into the third week of June, shows quickly began relocating, citing the strike and uncertainties at the venue. Beerland's Tuesday and Wednesday bookings jumped to other venues, and Saturday night's Swass showcase canceled.

Longtime Beerland booking standard Max Meehan shared on Facebook: "For the record, my head is kind of spinning and I don't know what the fuck is going on. All I know is that I'm heart broken."

Musicians on How Best to Employ City Funds Earmarked for the Local Scene
$3 million in HOT funds are coming. Now what? 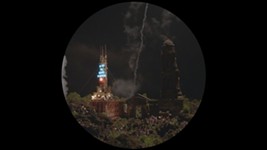 Psychedelic Acid Trope
Exhibits at the Bullock, Briscoe, and LBJ explore our recall of the Sixties