Forecasting the storm of developments between the state Capitol and I-35. Also, NPR warned and ACL Fest confirms: Austin’s pop soloists are stepping up. 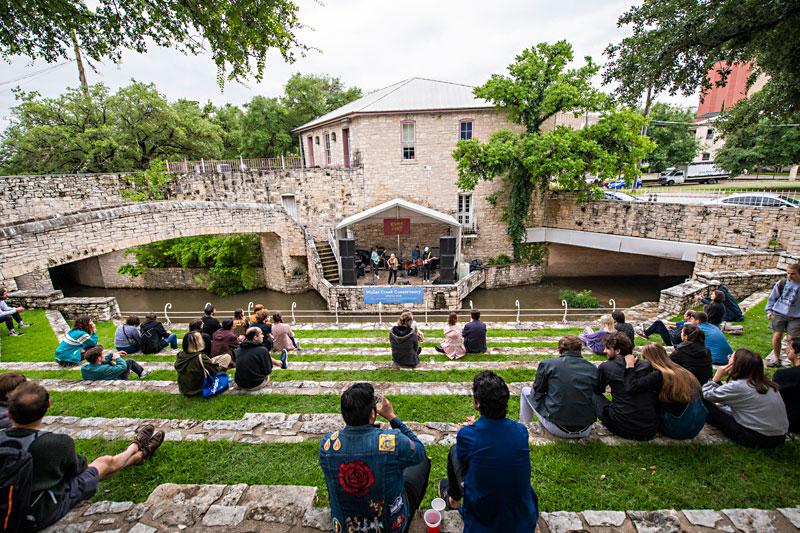 Earlier this month, the first-ever KVRX Fest sent me speed-walking back and forth between split sets at Cheer Up Charlies and Symphony Square. Between them runs a sleepy stretch of office buildings and not much else. And yet, mirroring a citywide boom, there's a storm of new structures headed for the streets sandwiched between the Capitol's eastern edge and I-35.

Soon, Mohawk on 10th will no longer represent the edge of Red River world.

"If you build it, they will come," quips Waller Creek Conservancy Director of Engagement Meredith Bossin. She's referring to a whopping 11 acres currently hiding behind a wooden fence along Red River, host to Fun Fun Fun Fest 2006-2011. Peek through its built-in plastic bubbles and glimpse the beginnings of a new Waterloo Park.

"Right now, Waterloo Park feels a little bit off the beaten path," says Bossin. "But after all the redevelopment around it, it's going to be in the heart of everything."

After Waterloo Park's projected 2020 open, the nonprofit will connect a Waller Creek trail all the way to Lady Bird Lake, marked by Ai Weiwei's highly-Instagrammed – and now temporary – Forever Bicycles sculpture. Naturally, the stretch jogs into an array of Downtown issues, including structural instabilities in the former Sidewinder's outdoor stage and ongoing efforts to fence the neighboring alley.

First up, the current Austin Symphony Orchestra offices at 1117 Red River face flipping into a mixed-use building, eating up the drive-through Velocity Credit Union and garage behind. The residential, hotel, and retail space will also house new headquarters for the orchestra. Across Sabine, another apartment tower pops up on 700 E. 11th.

Announced last week, the former University Medical Center Brackenridge at 15th and I-35 is also slated for demolition and redevelopment of its 14 acres. Nonprofit Capital City Innovation coordinates creation of health care facilities near UT's new Dell Medical School and desperately wants "The Innovation District" to catch on.

Last month, the Downtown Austin Alliance released its inaugural "State of Downtown" report. Alongside increases in tech and service industry jobs between 2010 and 2018, the report showed a loss of some 2,000 arts and entertainment jobs during the same period. On Thursday, City Council will vote on a master plan for the Waller Creek District, potentially formalizing a partnership between the alliance and conservancy.

Stubb's General Manager Ryan Garrett serves on the alliance board. While welcoming Waterloo Park, he says the Red River Merchants Association maintains concerns about the area's rising wave of private projects. He wants strict soundproofing requirements for developers via the long-brewing Agent of Change ordinance.

"Inevitably, development is coming," says Garrett. "Putting the sound mitigating responsibility on the shoulder of the developers is critical for us to coexist with high rises, but we're running out of time." 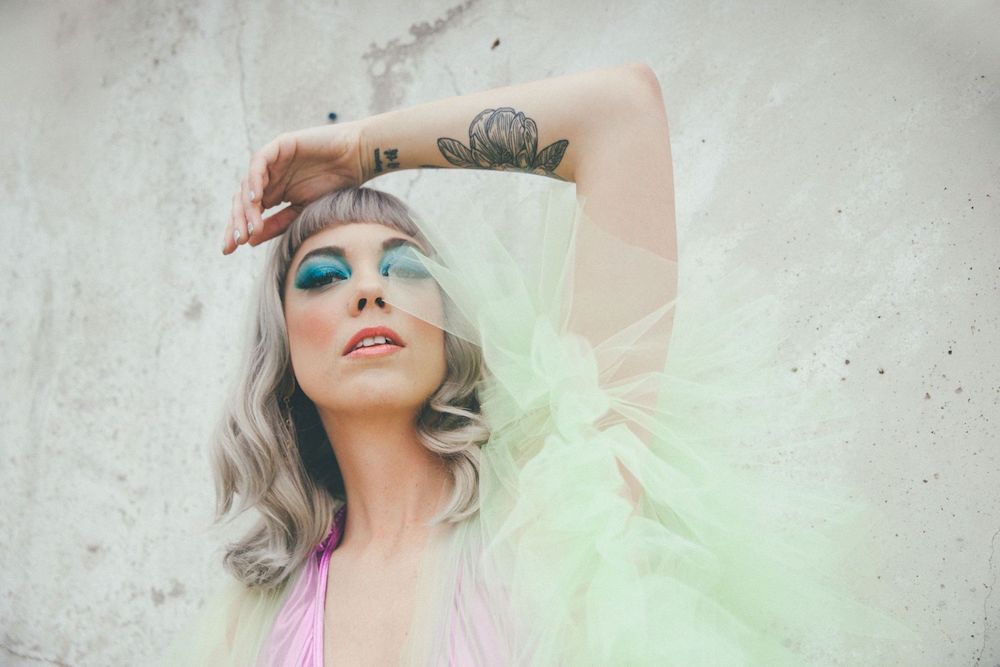 What's it like to play the small stage when your sound is oriented toward mainstream airwaves and major confetti-adorned productions? 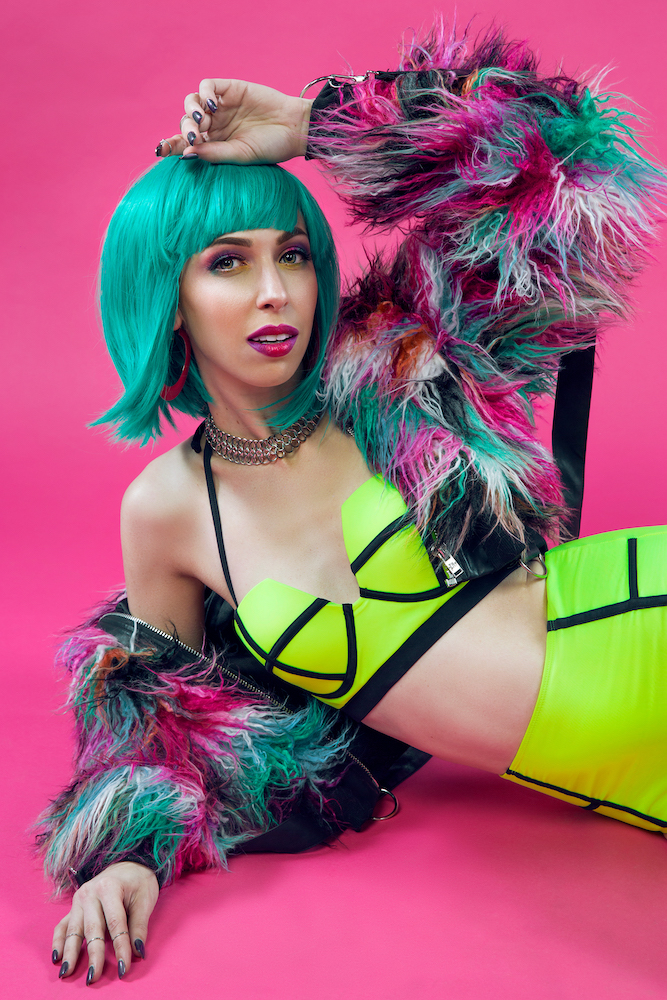 "I have this huge Katy Perry pop sound, but I can't have pyrotechnics or outfit changes," explains Rain. "My music lives digitally on the internet, and doesn't have many live instruments. It's been a journey figuring out how to translate that."

The Austin native began developing her sunny dance music five years ago, after an abusive partner attempted to drug and kill her. She went sober and jumped into pop exuberance, leaving past rock bands behind. Rain, 29, plans to incorporate dancers and backing from aligning Austin act Goons into her October Zilker Park appearance.

"There's an underground pop scene here with so many secret gems," says Rain. "But it's still really hard to put together an all-pop lineup or find like-minded individuals to write with."

Around 2017, Austin didn't notice bedroom pop star Conan Gray blowing up off YouTube uploads in neighboring Georgetown. Ahead of an Emo's set in March, the now California-based wunderkind tweeted, "um we've sold out every single show on tour except for Austin my hometown. i always knew y'all snakes were fake."

Rain and Dossey work together on songwriting concepts and even considered starting a "Pop Union" to book like-minded artists. Appreciators can submit their contact info at www.pop-union.com. Until then, try unifying Lou Rebecca's French dance waves, Pastel Ghost (Vivian Moon)'s ambient beats, and the moody soundscapes of Sobbrs (Jesus A. Acosta) in your local listening.

"Bookers are a little snobby about pop music here," adds Dossey. "I've been told I'm not going to get hired again without a full band."

Outside of her effervescent synth-pop, emitting a Carly Rae Jepsen level of shine on "Heartbeats" and "Plastic Diamonds," the East Texas-raised Dossey plays banjo in bluegrass trio Indian & the Jones. The 32-year-old artist says she stumbled on her current genre while performing ethereal electronica and now wishes pop were included as an Austin Music Awards category. 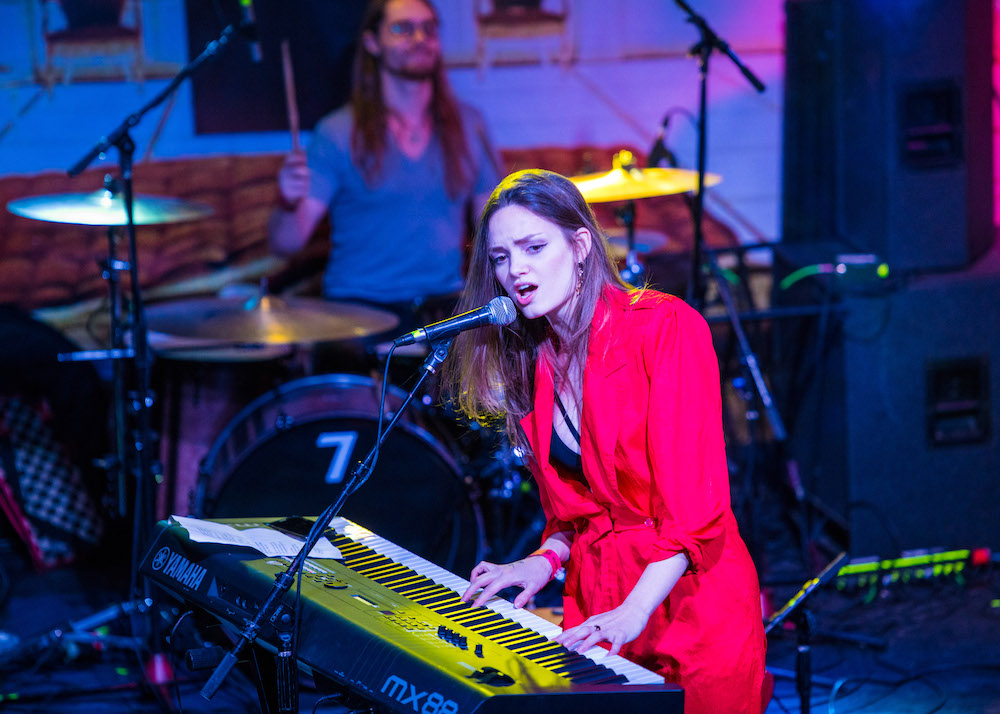 Purveyor of arena-sized moments and her own ACL Fest booking in October, song incubator Jane Ellen Bryant says she's moving in a folk-rock direction ahead of fall classic, but wants to continue pop songwriting for others. In fact, she and Shy Beast frontwoman Mariclaire Glaeser will sing backup for Dossey on May 31 at Cheer Up Charlies. Glaeser can be seen dancing in Bryant's sassy "Too Smooth" video.

Genre tweak or no, "Attention" off Bryant's latest EP Let Me Be Lost succeeds with big beats and St. Vincent brightness. The 28-year-old Austin native performed the track while opening for robo-bubblegum sensation Poppy at Emo's in February. A UT student recently sent Bryant her thesis project, recapping the performance.

"She described me walking around without an instrument, just being pure pop and owning myself," says Bryant. "That song freed me up as a performer. No matter what I do next, I definitely want to take elements of that with me."