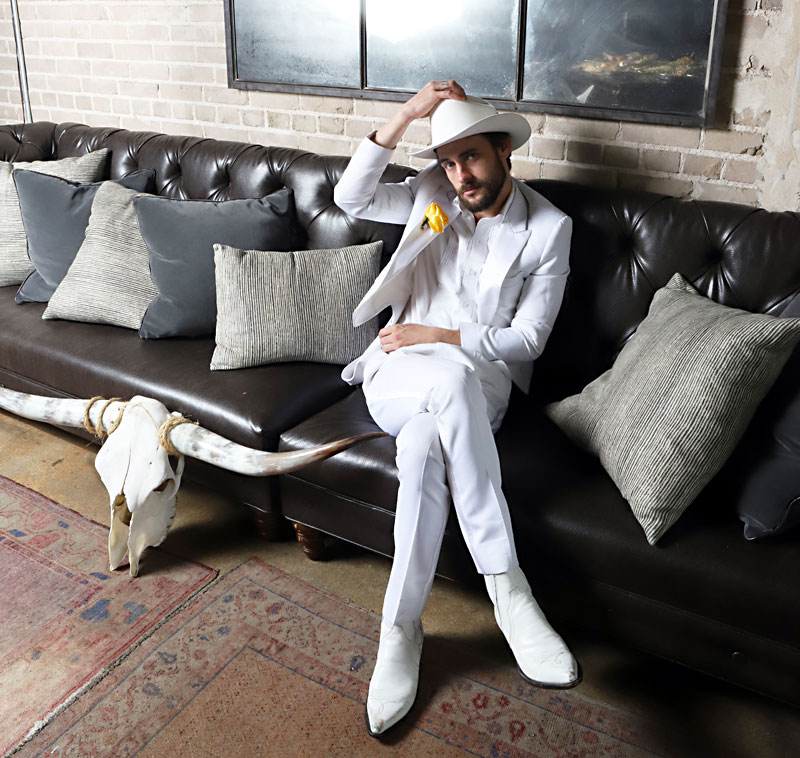 Photo by Shelley Hiam
“Joe Pug told me cooking was the perfect musician thing, and he was right.”

Since relocating to Austin, the Houston native is riding the release of fifth LP Texas Piano Man, which re-casts his notoriously eccentric musical flair as a grand-piano-toting, white-tuxedoed, Americana-pop showman, and leans hard into his sharp, wry songwriting. He laughs easy and often.

Ellis is also settling into life as a new father, which means cooking has become a cornerstone of his family life.

"I've enjoyed cooking passively for years, but in the last two years, I've gotten really into it," he says. "Every night I'm home, I'm trying stuff. Usually, I'll open a bottle of wine and then start preparing food. Just listening to records and hanging out is a really fun communal experience. Even if it's only me and my lady, we put the kid to bed at 7pm and by cooking, we get to hang out and talk and have a meal together.

"Joe Pug told me cooking was the perfect musician thing, and he was right," adds Ellis. "You get everything you want out of music from cooking: You get control and you get gratification when people tell you how good it is."

Despite his own culinary impulses, Ellis still evangelizes Austin barbecue as something unique.

"Anytime friends come through town on tour, we try to go to Franklin [Barbecue] or we have three or four spots where I know friends are going to be blown away," he says. "Part of what I love about the barbecue thing is the pageantry of it. It's quite a fucking display to have this whole shitload of meat on a counter. There's a fair amount of show to it that we're used to, but people come down and they know they're seeing something special.

"The whole thing just blows me away." – Doug Freeman 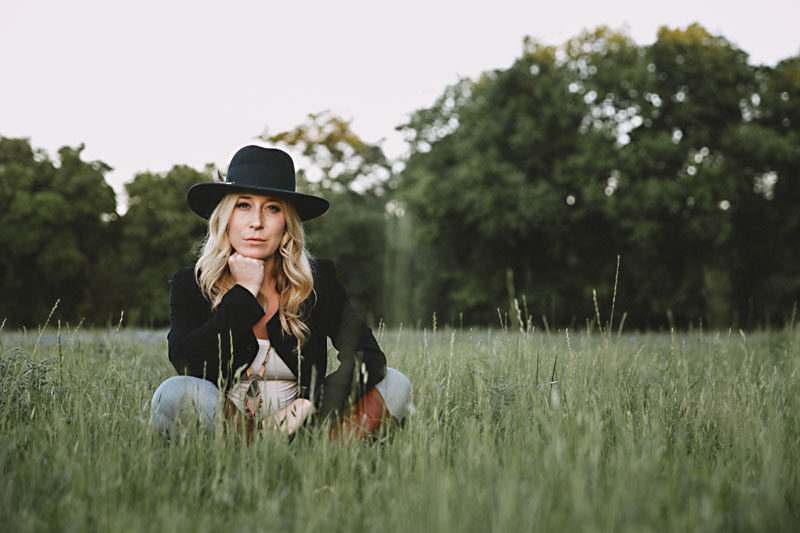 Photo by Brian Purser
“I feel like food, a good meal, is one of my joys in life,” Wennerstrom says.

As an Ohio native, there's one burning culinary question for Erika Wennerstrom: a hot take on the unique Cincinnati pairing of spaghetti and chili.

"It kind of grew on me," the Heartless Bastards' frontwoman admits. "It's really more of Cincinnati thing, and I grew up in Dayton, which is just under an hour north. That was not part of the cuisine of Dayton, but I used to bartend across the street from a Skyline, and it was the only thing open when we closed. So it grew on me because it was the only option I had.

"But there are some mom-and-pop places, like Camp Washington Chili, which I prefer. They make it homemade. I'll even crave it sometimes when I'm visiting."

Since the release of 2018 solo album Sweet Unknown, Wennerstrom has spent much of her time on the road, a familiar condition for a natural wanderer who emerges in the searching, expansive style of her songwriting. Food serves as one of the controllable moments amid touring.

"If I'm only going to eat a couple times during the day when I'm traveling, I want it to be the recommended spots," she offers. "Thai cuisine is my desert island cuisine, for sure. I could eat Thai food every day of my life and Thailand is definitely on my bucket list of places I have to go. I hear you can rent a cabana on a beach for like $5 a day, so maybe one of these days I'll try to go write an album over there.

"I feel like food, a good meal, is one of my joys in life," she says. "It's just being in that moment, and at times, I'm grateful for whatever food is in front of me. But it's also something I treat myself to." – Doug Freeman 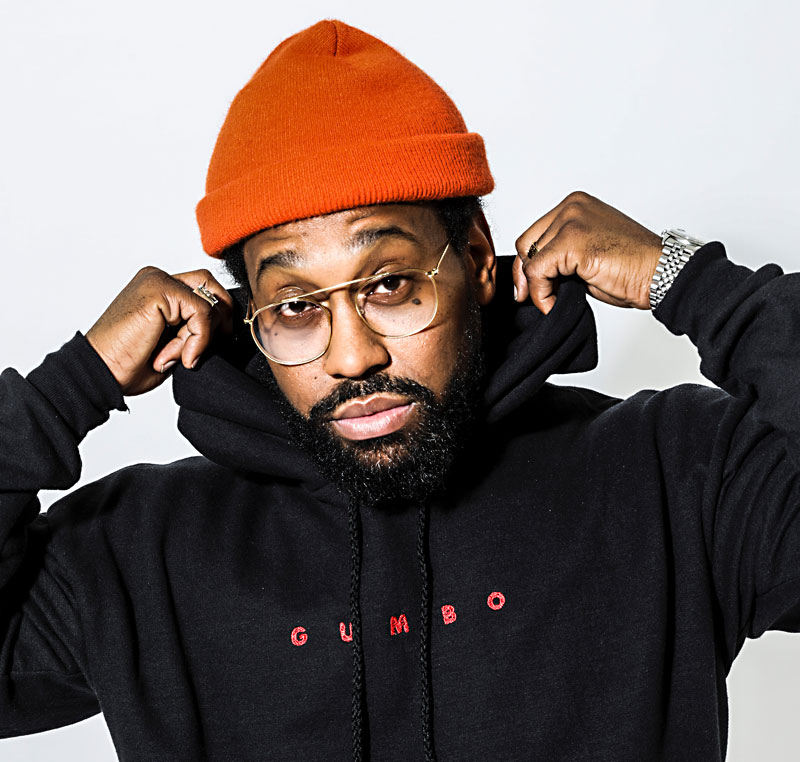 Photo by Krista Schlueter
Should you trip down to the Big Easy, the Morehouse graduate personally recommends an off-the-beaten-path restaurant called Lil Dizzy’s, a down-home joint situated in the Tremé neighborhood.

PJ Morton can't stay away. Reappearing locally for the second time in seven months – since a Stubb's Bar-B-Q date back in November – the New Orleans native and longtime Maroon 5 keyboardist peels back the layers for Hot Luck Festival. Situated around the long Memorial Day weekend, the food- and music-centric event plants the 38-year-old in prime position for the Texas barbecue he craves whenever he touches down.

Missing home and its charm, Morton moved back to New Orleans in 2016, hoping to restore what Los Angeles had started to chip away. First order of business was locating his hometown's famous "sno-ball."

"It's like a sno-cone in other places, but they layer the syrup with the ice and the [condensed] milk," he explains. "And the ice is fluffier than the sno-cone ice."

Should you trip down to the Big Easy, the Morehouse graduate personally recommends an off-the-beaten-path restaurant called Lil Dizzy's, a down-home joint situated in the Tremé neighborhood, famous for its fried chicken and buttery trout baguette. Of course, he also missed Crescent City gumbo, so much so that he named his 2016 Grammy-nominated fourth solo album after the ingredient-melding dish. Also a metaphor for his musical and personal mind-dump, Gumbo and its live companion piece, 2018's fantastic Gumbo Unplugged, presses into certain honesties about who he is, and who he's never going to be.

"At this point, I've reached all my personal goals. I want to make something I'm happy with, and I believe in," he affirms. 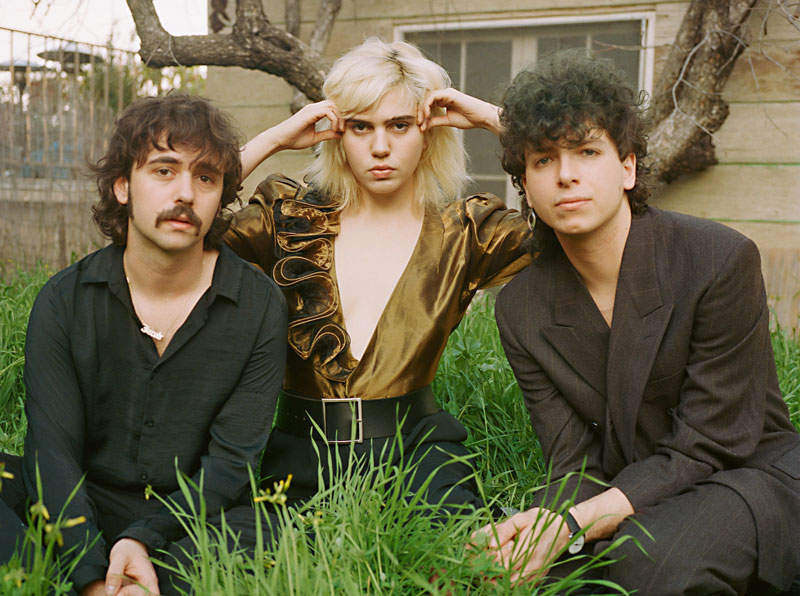 Photo by Rebekah Campbell
“On tour we’re like, ‘We have to get barbecue, because we’re in the South.’”

One of New York rock trio Sunflower Bean's earliest online relics involves pasta. In a 2014 YouTube clip for early demo "I Want You to Give Me Enough Time," drummer Jacob Faber shovels leftover spaghetti made by guitarist/singer Nick Kivlen's mom. Uploaded in reverse, the noodles eerily come spilling back out over wandersome psychedelia.

"Nick shot it on his flip phone in the middle school field by our house," says Faber, who grew up with Kivlen in Long Island. "We'd go out there for gym, and later, in high school, at night to drink."

The group re-recorded the mellow track for debut LP Human Ceremony, a variety pack of lush, gloomy alt-rock moods from Fat Possum. Fifth studio collection, heavy-duty January EP King of the Dudes features an erupting soda on the cover. Collaborative capture of the lively image, by photographer Andy DeLuca, involved lining an L.A. Airbnb in plastic tarps and scrubbing the label off a low-calorie can.

"Artists like Ariana Grande and Kanye [West] release songs where the content is like, 'Wait, didn't that happen last week?'" adds Faber on the punchier power-pop direction. "Instead of doing the whole album release process, we wanted to capture our current feelings, and then let it go off and have its own legs."

"The plethora of breakfast tacos always gets us ready to rock for the day," deadpans Faber. "On tour we're like, 'We have to get barbecue, because we're in the South.' But then we end up eating it every day for weeks because it's so good." – Rachel Rascoe 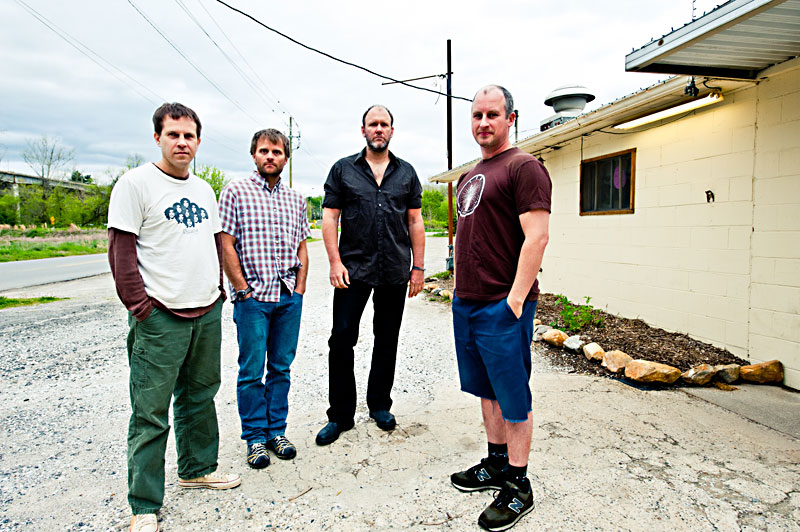 Coming from one of the world’s barbecue capitals, Gentling’s uniquely positioned to speak of the intricacies of smoked meats.

Come Memorial Day weekend, perhaps huge Archers of Loaf fan Aaron Franklin, who invited the band to a special meal during their last local engagement, can finally hook up with the Chapel Hill, N.C., quartet. Not understanding they weren't to stand in the ace pitmaster's typically long lines, they left for the next tour stop. Few acts know as much about barbecue as AOL.

"I'm all about the different styles, and I love that there's trash talk among them," chuckles bassist Matt Gentling about the regional rivalries inherent in the barbecue scene. "In the end, we all win because we get all these great styles of barbecue."

Being from one of the world's barbecue capitals, Gentling's uniquely positioned to speak of the intricacies of smoked meats.

"The Carolinas cast a long shadow," he begins. "We're mostly pork. The east coast of North Carolina is probably the flagship for barbecue. It's elegant, simple, because it's all about the wood, the temperature, and how long you cook it – a real, real long time.

"You don't really use much sauce; a little bit of vinegar usually, just a little salt and pepper for spices. Sometimes you'll see red pepper flakes. It's really straightforward, all in the cooking process. 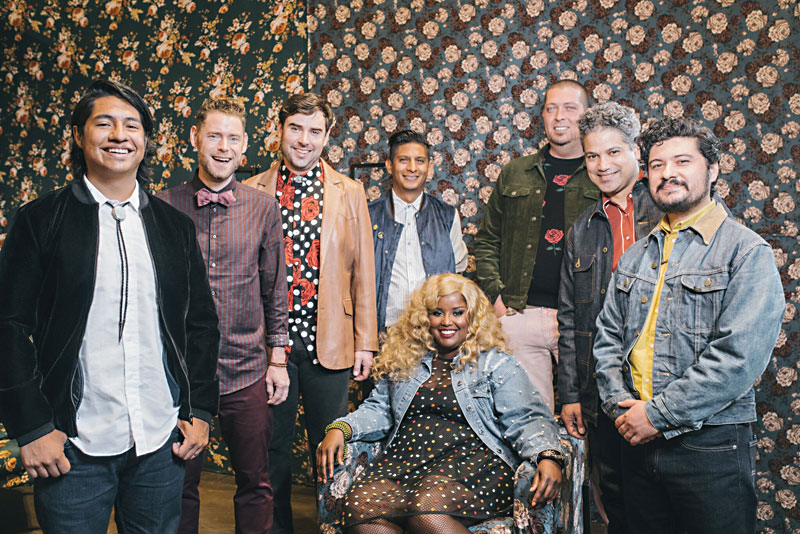 “When it comes to waiting in line for food, I have to have a snack, otherwise I’m gonna be an irritable bitch.”

On "Make Some Room," lead single from the Suffers' self-titled 2016 debut LP, singer Kam Franklin spreads it on thick over a loping R&B backbeat:

"Come on let me cook for you, baby," Houston's soul queen coos. "Just relax cause I'm cleaning too."

So, what's on the menu for the lucky soul on the receiving end of Franklin's affection?

"A heart attack, usually," she laughs. "I don't fuck around. I'm known as the macaroni queen, so macaroni & cheese for sure. Fried chicken, greens, baked potatoes. I like potatoes of all kinds, really – smothered, sautéed, grilled. Oh, and pie, and cobbler. My favorite kind is peach."

Frontwoman for the 10-piece Gulf Coast soul outfit, she shares a surname with Hot Luck honcho Aaron Franklin but has yet to brave ATX's famous food line.

"The longest I've waited is an hour and a half for the brisket at Black's Barbecue in Lockhart," she shares. "When it comes to waiting in line for food, I have to have a snack, otherwise I'm gonna be an irritable bitch. But it's okay, I know myself! I think it's a beautiful thing that people wait for good food.

"It's a true testament to not only the culture of barbecue in Texas but also how good the food is."

Franklin, who rattles off chicken & waffles at the Breakfast Klub and cinnamon coffee at La Guadalupana Bakery & Café as hometown favorites, sees music and food as intrinsically linked.

"If the arts are being supported in a community, you're going to see it all around – art, food, music, comedy – because we all keep the same hours. We all hang out. You see successful chefs and musicians together not because that's what happens when you get famous, but because a lot of them come up together as friends." – Thomas Fawcett

Hot Luck Festival 2019 runs from May 23-26. For more on the fest, including chefs, parties and events, go to austinchronicle.com/hot-luck-festival.

A version of this article appeared in print on May 24, 2019 with the headline: Eat 'Em and Smile