Vanguard journalist brings new book to Austin, the Larriva family remembers their friend Elliott Smith, and local musicians pop up all over the place 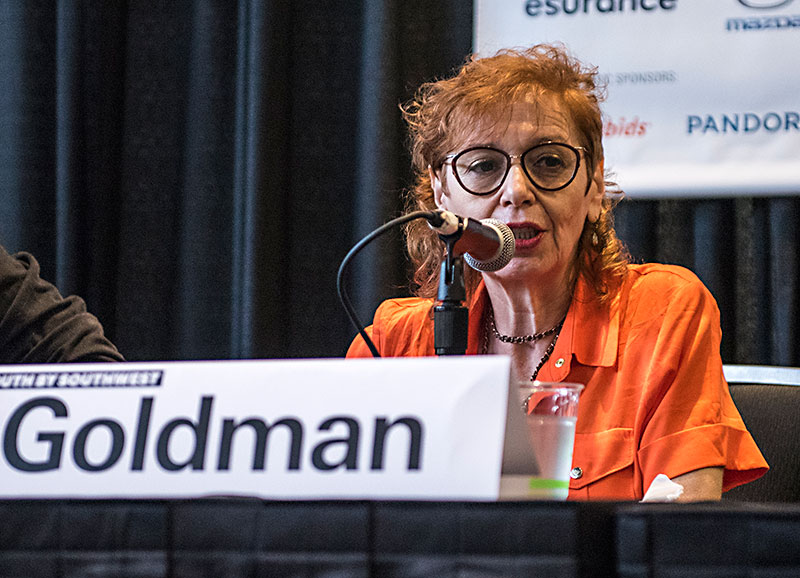 The intro to vanguard music scribe Vivien Goldman's new book, due out May 7, mentions feminist writer Tillie Olsen's Silences. The landmark 1978 text pointed out various factors stifling women's output in literature, summarizing: "Their silence is the silence of centuries."

In Revenge of the She-Punks, Goldman chronicles a similar lapse in women's music history, connecting pioneering Seventies punks such as Poly Styrene to modern iterations in Big Joanie and Pussy Riot.

"I literally am that girl liberated by punk," says the author. "Before that, we didn't have a voice. I'm sent to tell you, for a fact, punk changed everything for women." 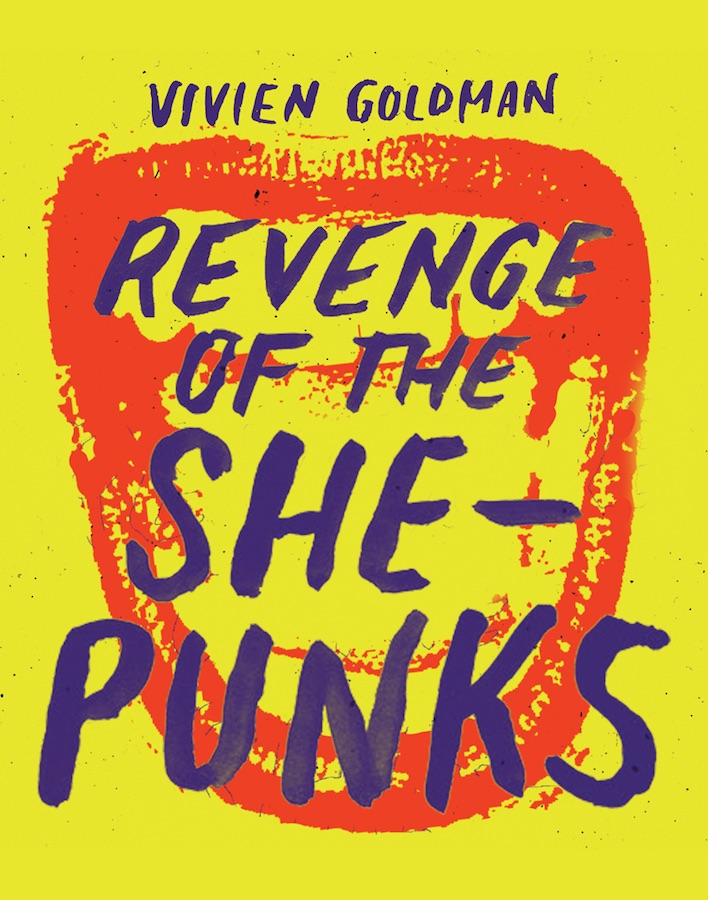 The veteran journalist speaks with KUT host Rebecca McInroy during a free event Monday, April 29, 7pm, at Austin Central Library. Her book finds a home locally on UT Press. Alongside musician interviews with the likes of Kathleen Hanna and Patti Smith, the engrossing read leans on the unmatchable source of Goldman herself, who participated in punk's genesis as editor of London weekly Sounds.

"I see it as a movement of liberation that echoed like a gong all over the world," says Bob Marley's first UK publicist. "It's still going."

The reverberations include San Antonio's Fea, a Chicana DIY act featuring two members of Girl in a Coma. Goldman's book fits that scene's infrastructure, recently repped by the Bush Tetras showcasing here in March at South by Southwest and the Vans documentary on Wax Trax! Records screening locally last Friday. Given the resurgence, is writing specifically about "women in rock" still appropriate?

"In the Nineties for Rolling Stone, I had a lot of women complaining about 'women in rock,' but saying that it's a necessary evil," admits Goldman. "It's almost an affirmative action thing, because if you look at the figures, women are still so disproportionately not in control."

Compiling recordings from decades prior, 2016 album Resolutionary unearthed her own post-punk musicianship. This weekend brings the NYC dweller's "two-and-a-halfth" performance ever at Marfa Myths, backed by members of Maryland's Dubistry. The set will include new songs produced by Martin Glover, aka Youth of Killing Joke.

At Glover's South London studio, a multistory Victorian home, Goldman compiled an entire album for release soon after Revenge of the She-Punks.

"It's a weird synchronicity with the book," remarks Goldman. "I talk about the silences that happen in women's careers, which in my case musically was from the Eighties to last year. The songs all came pouring out." 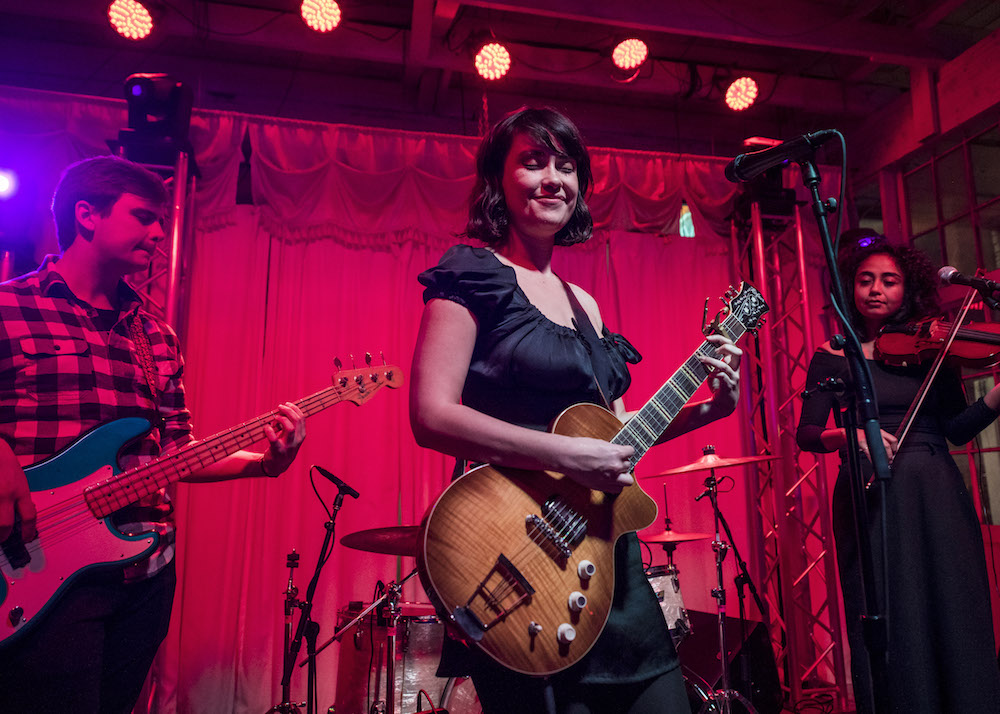 Prepping for a homegrown Elliott Smith tribute, esteemed Chicano rocker Tito Larriva boasts quite the advantage. A friend of the deceased indie hero, Larriva held on to the instrumental stems from recording sessions for "The Last Hour." He'll play the song in a split set with daughter Lolita Carroll Larriva of local lounge-pop project Lolita Lynne.

"I have to listen to the song and figure it out, so he's kind of cheating," jokes Lolita, who performs alongside her dad in Tito & Tarantula.

During Lolita's Los Angeles childhood, a mutual friend introduced Tito and Smith while the latter worked on what would become his final album, From a Basement on the Hill. The fast pals hashed out ideas at the former's studio space on Sunset Boulevard. After Smith's death in 2003, Lolita recalls watching her parent perform alongside the likes of Beck, Lou Barlow, and Rilo Kiley for a major memorial concert at the Fonda Theatre.

"[Smith] just came into our lives and stayed until he passed away," adds Lolita. "He and Tito had a really nice connection that was sort of about work, but personal too. I was so emotional at that age, and [Smith] had such a good way of expressing those things in music."

The Larriva family later relocated to Austin, bringing along a Studer tape machine that belonged to Smith. Robert Williams of local act Robby, to which Lolita lends talent, has since restored the sentimental piece for use in his recording studio. During her family's friendship with the troubled soul, Lolita says she absorbed a lot about balancing a creative life.

"It's really easy to get caught up in the lore of being a tortured artist," says Lolita. "Now, I'm learning I don't have to be hurting to create art that is meaningful. My dad has struggled with that too."

Santiago Dietche of Daphne Tunes, Laura Colwell of Sun June, and many more join the Larrivas on Tuesday, April 30, at the Volstead. 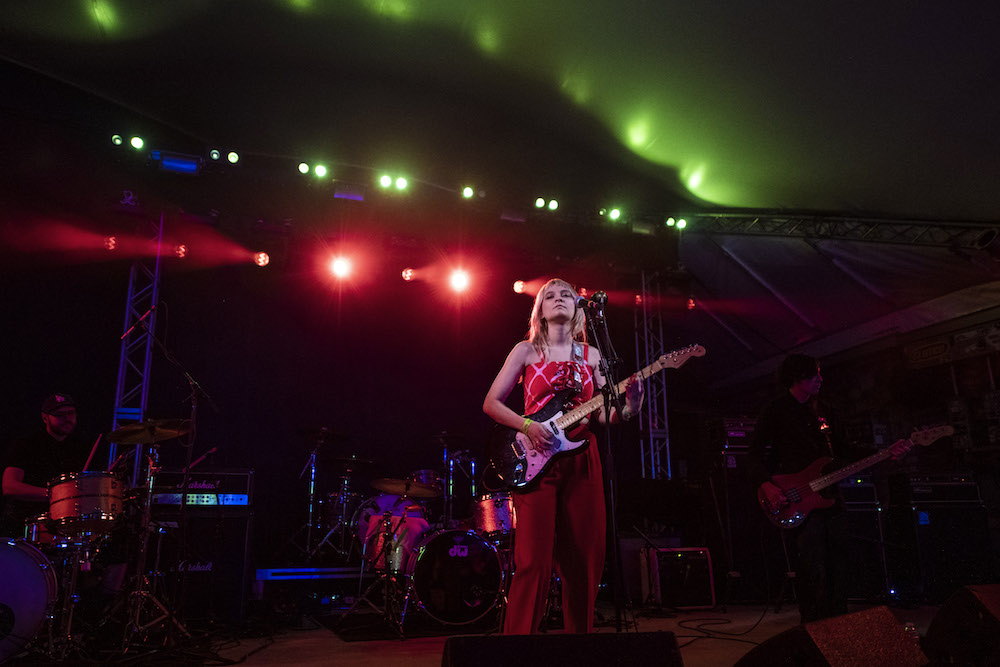 Last week, local musicians appeared unexpectedly all over the map.

Chronicle team having triumphed during its February debut, KUTX Music Trivia returned for "The Roots of Indie Rock" edition last Tuesday at Cactus Cafe. Strolling over from their cushy sound booths, the KUTX team beat out your alt-weekly writers, worn down from a weekend spent covering outdoor festivals. Student station KVRX fought for second, and the Chronicle won a tiebreaker for third with e-commerce biz El Famoso. A packed house fielded brain benders from Taylor Wallace and an Ask Me Another-esque round sung by Otis the Destroyer's Taylor Wilkins, although the three-hour event proved taxing. The next round announces soon.

Meg Duffy's sold-out show last Thursday – inside at Mohawk as Hand Habits – found the California songwriter inviting Molly Burch onstage for an encore of Fleetwood Mac's "Save Me a Place." They also called opening Austin duo Hovvdy one of their favorite bands. Chicago soloist Tasha fit perfectly in the middle with immersive melodies on Father/Daughter Records, supported from the crowd by local label rep Tyler Andere.