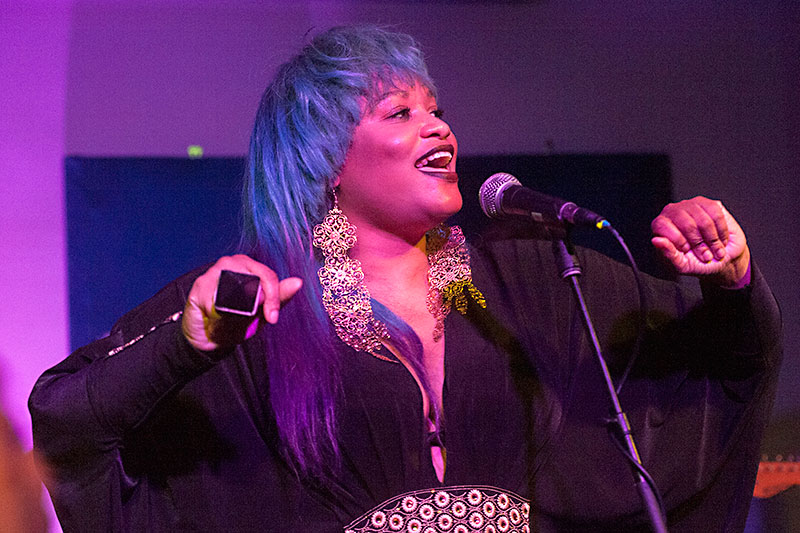 "I'm restarting, the same way I did in Austin many years ago," says the Austin-reared artist, who gained homegrown buzz for striking cover sets at the Continental Club Gallery. "When we drove outside of Texas, I almost lost my mind. I couldn't believe how long it took."

"[Onstage], I used to always think, 'Am I singing the right note? Am I articulating the right vowel?'" shared the vocalist. "I want to thank SIMS for making me a better artist."

Jones rounded out the second of Eberly's four specialty "Sunset Sessions," continuing in April (A Giant Dog) and May (White Denim). The lively performer proffered original singles and party-friendly covers like "Bennie & the Jets," propelled by the jazzy hype of her fourpiece backing band. On Facebook, she recently shared the high cost of taking her live show on the road.

The post detailed the economics of five sold-out evenings warming up for Clark and earned almost 700 likes and a whir of community commentary. Jones says she maxed out a credit card, with almost $9,000 spent on travel expenses and band payment, only some 35% of which was covered by her nightly compensation. Addressing that the headliner pays well above average, she admits to being a "creature of comfort" who doesn't skimp on the road.

"I want to demystify how much money musicians have to invest in their businesses," explains Jones. "If you like an opening act, buy merch and come back when they're in town again."

Jones now works to develop a lengthier set based on her own songs. Latest simmering single "Are You Awake" employs splashy production help from Austin alt-pop figure Walker Lukens. The latter was charmed by a late-night email from Jones with demos attached.

"Tameca is a really intuitive artist," he offers. "She would be like, 'I want this to feel like diving into a swimming pool.' She talks like she's like on a magic carpet ride, but she's very much in control."

Jones says collaborating with other artists involved getting her own obsessive tendencies in check. In the past, anxiety seeped into her creative process, which medication is helping to correct.

"You know when you try to solve a problem and keep erasing until there's a hole in your paper?" asks Jones. "That has been my case for the last four years. I'm looking forward to making music with this new clarity." 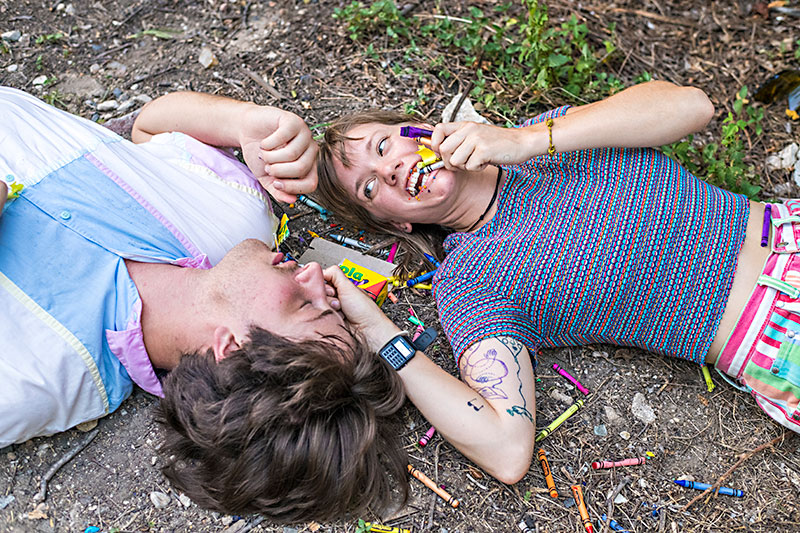 The two halves of rock experiment Being Dead dream of being identical. Juli Keller mentions artist Genesis P-Orridge's famed body modifications for spousal resemblance, while Cody Dosier explains the locals' original concept of matching instrument options for each member. Live, the twosome achieves a double-horsepower effect swapping off on drums, keys, and guitar.

"Let's say it at the same time so we don't mess it up," instructs Keller from her East Austin backyard. "Pawn Wars!" the duo cheers asynchronously, spinning an impromptu origin story of meeting on the set of a failed reality show.

"We just filmed the pilot, because it didn't take off," continues Dosier. "But I just saw a superstar in Juli immediately."

The BFFs actually united after Keller moved from Virginia to Austin with her college band, Sovereign Goblin. They morphed into a trio with Austin native Dosier, who taught keyboardist/vocalist Keller how to play guitar. Being Dead offers their final, most concentrated form. Superstardom, celebrity, and playful cocktail clinks all dance around the group's shared obsessions – which include God, Satan, lava, and volcanoes – on their recorded debut.

"I was a child evangelist," explains Keller in all sincerity. "I was like, 'I'm going to get all my friends to be religious and save them from the wrath of hell.'"

Of his own spiritual origins, her counterpart recalls, "I always had long hair as a kid. At a mass baptism, the priest was like, 'All right, I baptize you a daughter of God.' I was really upset, but now I think it's funny." 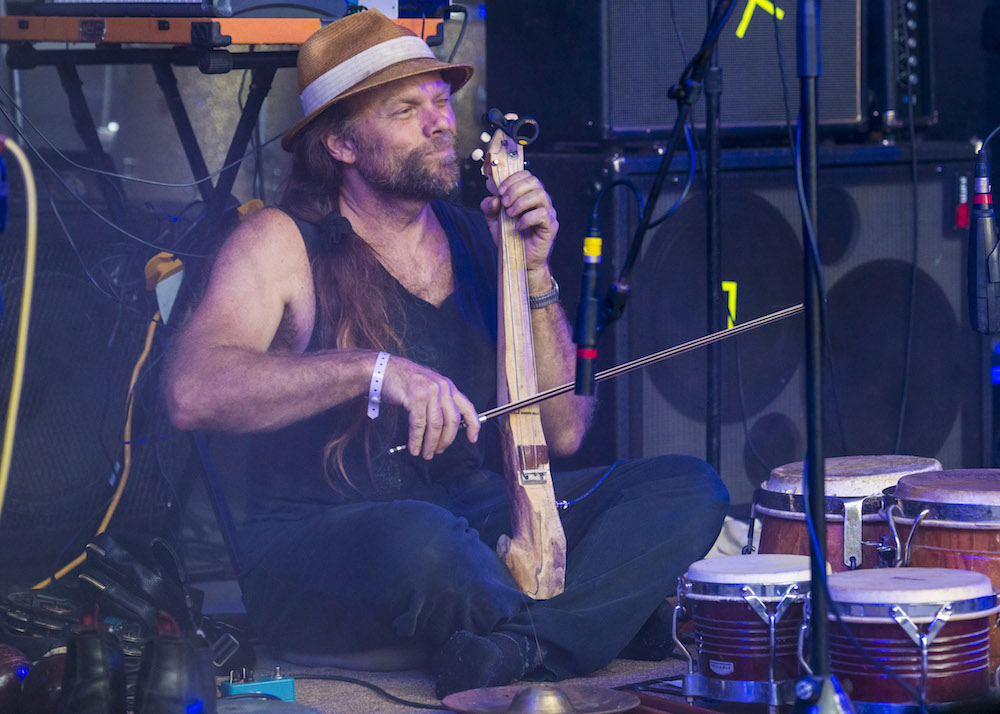 Thor Harris at Stubb's in 2018 (Photo by David Brendan Hall)

Being Dead
Fame Money Death by Drive By (Record Review)