Faster Than Sound: What Sparked Joy at SXSW Music

Marie Kondo-ing my Festival experience, with scooters and shooters in the giveaway pile 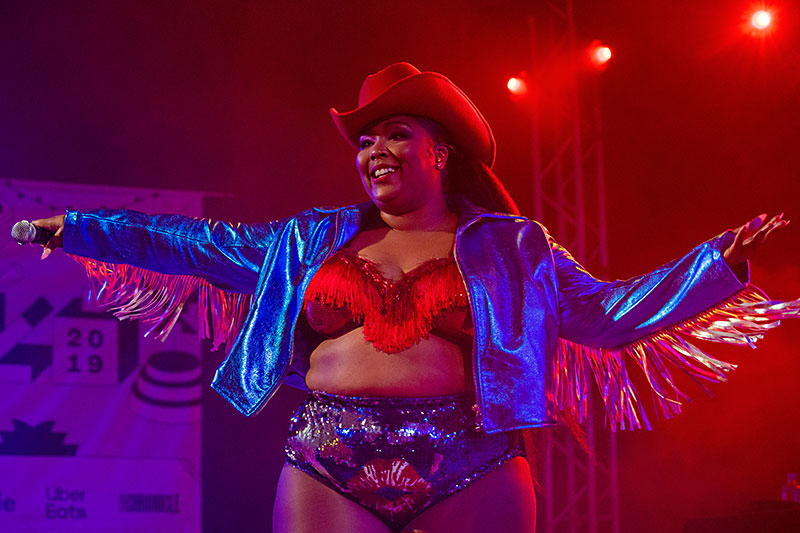 South by Southwest's attempts to winnow official Music Fest offerings over the past several years played out last week. Despite the usual star spottings (Billie Eilish with Uber Eats and Father John Misty on Rainey Street), 2019 felt simplified. Could conference organizers have been perusing Netflix-spiked bestseller The Life-Changing Magic of Tidying Up?

Although Sixth Street remained an untidy wasteland of artist fliers and fake $100 bills, I like to imagine mess-busting queen Marie Kondo would appreciate the clusterfest's collective refocusing.

Corporate pullout from formerly prominent participants like Pandora, Spotify, and Urban Outfitters also pushed the cleanup. While opening the field to smaller blogs and labels, the lack of lines and blowouts made for a less chaotic music-going experience. Meanwhile, local merchants suspect the misalignment of local schools' spring break contributed to lower attendance overall.

For now, under Japanese life-fixer Kondo's methodology, I will hold each of my week's experiences in my hands and look for an emotional response. SXSW moments that spark joy, y'all get to stay. The rest goes in the trash.

She Shreds' first official showcase with Nylon presented a dream of seamless genre integration at Cheer Up Charlies. Masked in her trademark bandanna, Leikeli47 (aka Hasben Jones) drew the evening's biggest audience. Houston freestyle takeoff Megan Thee Stallion (née Pete) warmed up for a Fader Fort appearance, donning a black rodeo hat and Daisy Dukes. Lizzo rapped along to "Big Ole Freak" from the crowd, and the Texan Stallion ended the Fest with a Rolling Stone feature.

Also in the spotlight, local post-punk outburst Borzoi garnered a shout-out from Bob Boilen on the All Songs Considered podcast. Even so, Melbourne got credit due to the trio's social media promotion as an Australian act. Bilingual Austin powerhouse Gina Chavez also received NPR love on the inaugural Tiny Desk Family Hour SX gathering's surprise lineup.

In other capital news, remember 2000 hit "Who Let the Dogs Out?" A new documentary by the same name traced the phrase back to a sports chant at Austin's own Reagan High School circa 1986. Claiming the cultural kitsch, the school marching band opened the SXSW Film premiere. 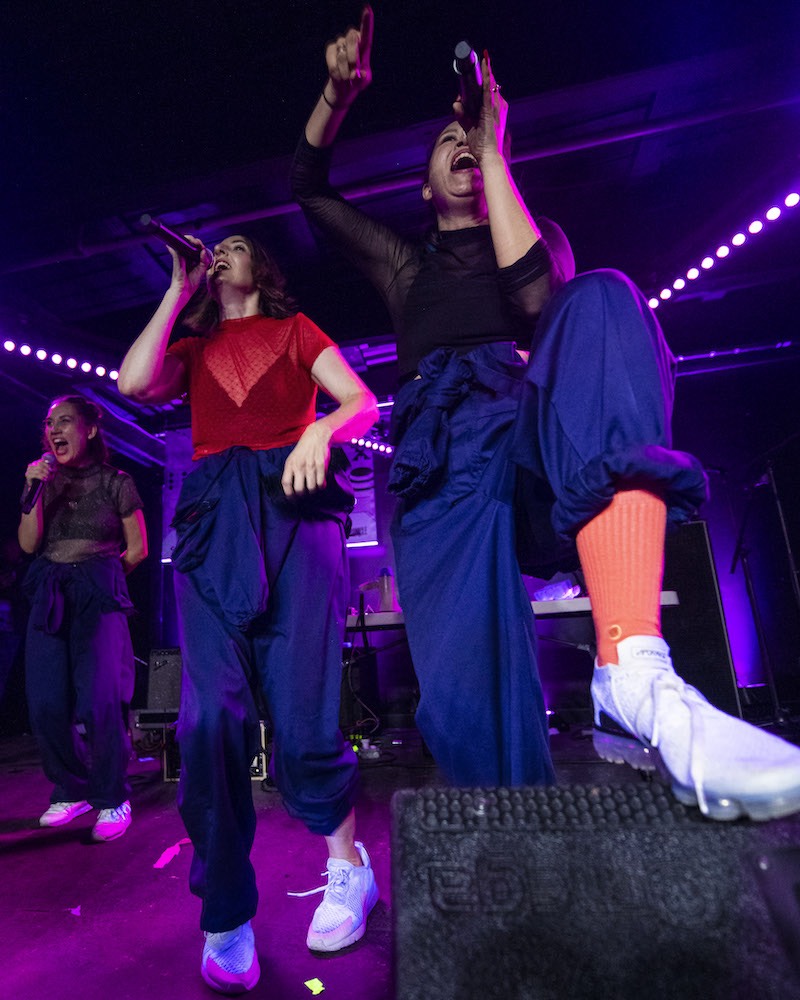 I absolutely loved the nonchalant, bluesy psychedelia of Captured Tracks selection Gabriella Cohen. Pulling from 2018's Pink Is the Colour of Unconditional Love, the singer mastered icy-cool detachment. Between songs, she teased the Parish: "We're gonna give you what you want, but you've got to really want it." 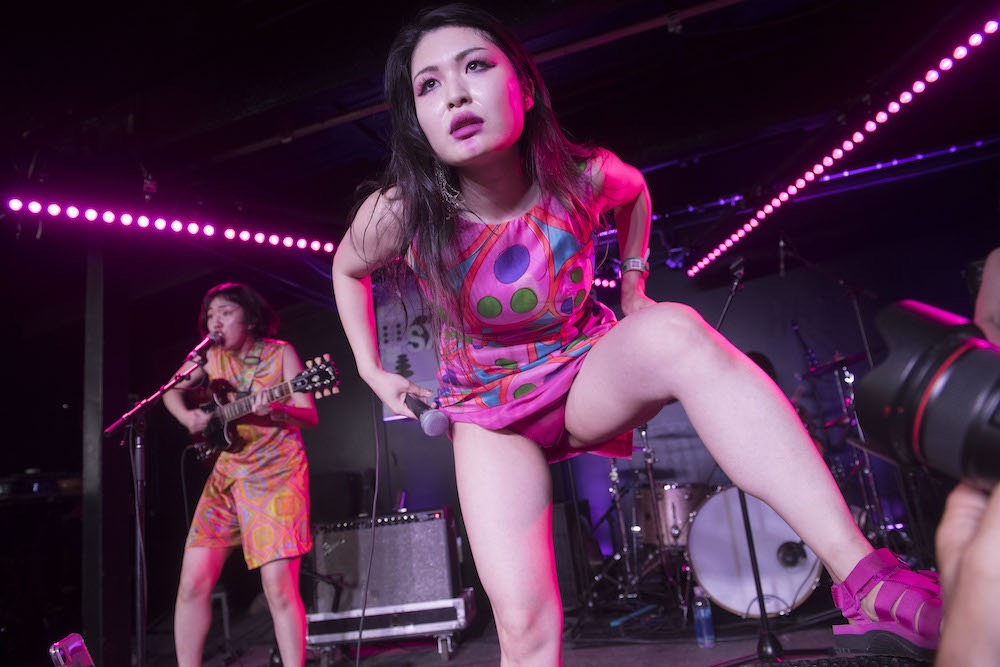 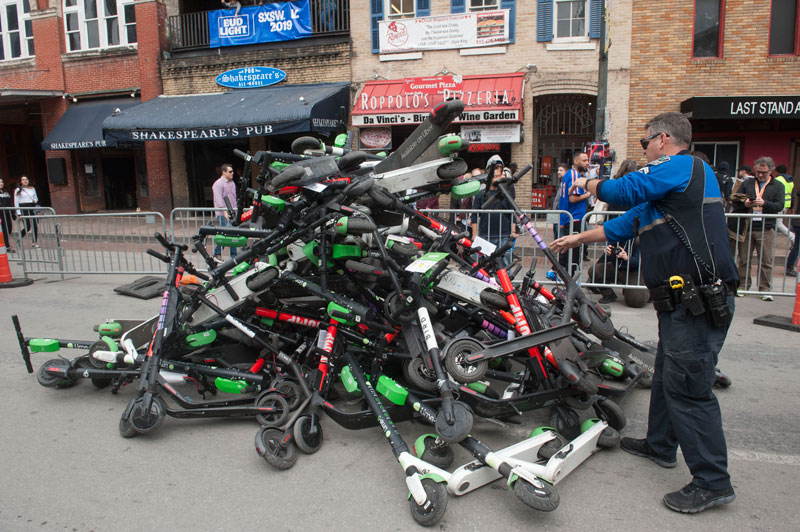 Over the 10 days of SXSW, city data shows nearly 434,000 rides were taken on dockless scooters. The numbers far outpaced dockless bicycle use. As such, I found my on-foot commutes impeded by drunken, helmetless scooter drivers on the sidewalks.

The Festival's final weekend brought five separate shootings in the Austin area. The reportedly unrelated incidents all happened within a 24-hour period. Three of the five violent events occurred in the Downtown area.

Early Saturday morning, the first involved a drive-by shooting at individuals waiting for ride service pickups near the intersection of Sixth Street and I-35. Also within the hub of SXSW activity, another shooting occurred near Sixth Street and San Jacinto just before midnight on Saturday. Three individuals attacked a victim, who was shot and taken to the hospital.

Hours later, an officer-involved shooting occurred blocks away, near Seventh Street and I-35, following a minor collision. The next day, officers discovered a vehicle connected to the incident. A Maserati, abandoned in the Mueller neighborhood, contained the body of a man from the Dallas area.

As a SXSW spokesperson pointed out, none of the shootings took place at official Festival venues. The statement continues: "The downtown entertainment district is one of Austin's main attractions, yet is a source of year-round concern."