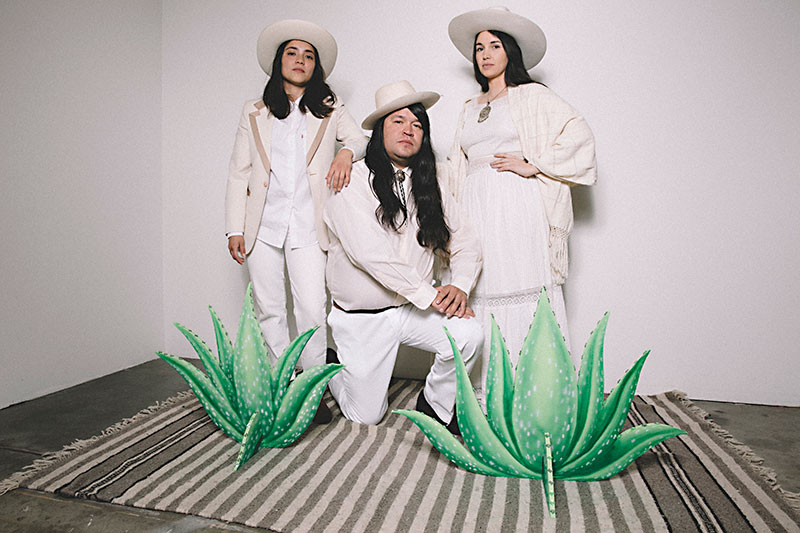 The title track of the self-released and self-titled debut of Portland, Ore., trio Sávila begins with the sound of a single flute and the tolling bells of a nearby church. Guitarist Fabi Reyna captured the recording on a 2012 trip to Mexico to meet her father's side of the family for the first time, a journey of self-discovery. As the bells fade, the ethereal voice of Brisa Gonzalez emerges like a whispering breeze.

Through the brightly shining desert,

Through a heat there was no cure for,

The band is named for the aloe vera plant which, like their music, soothes and cools.

"For me, growing up Mexican, you put sávila on everything," explains Reyna. "Every time you get a cut, every time something burns, you put it on your skin and it heals you. Our music is very much about healing – whether for ourselves or [by] creating a space for people to come and heal."

Along with drummer Papi Fimbres, a catalyst in the Portland music scene, the group juggles Sávila with dozens of other bands and side projects. Aided by mezcal and tequila, the threepiece convened in a studio deep in the Oregon woods to actualize their debut LP. Like Reyna's trip to Mexico, the music itself served as a journey of self-discovery.

"We've spent our entire lives trying to figure out what it really means to be a Mexican woman living in the United States, and what it means to other people," declares Reyna. "With this music, we're not just trying to say something. We're trying to give something."