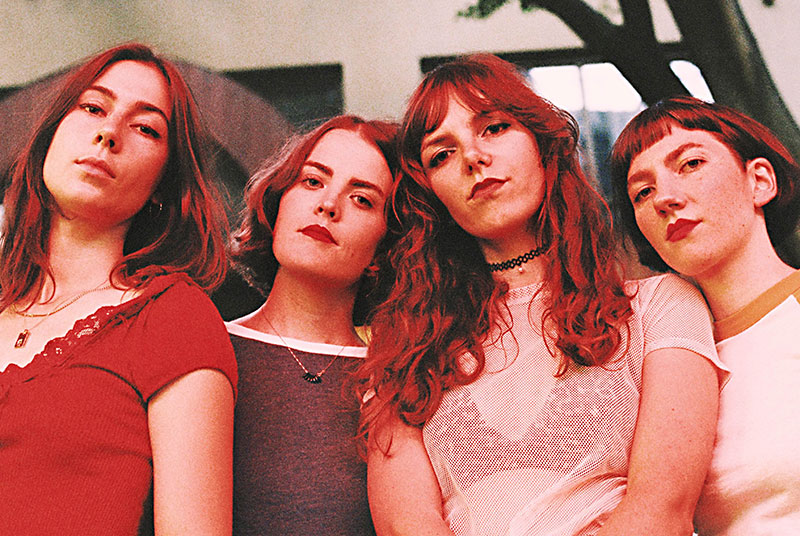 Given the dire state of Sydney's music scene, Sophie McComish can't wait to get to Austin for her first SXSW. The vocalist/guitarist is on the phone the morning after a massive rally in Australia's most populous city to protest its intensely controversial lockout laws – curfews that have resulted in 176 venues closing between February 2014 and May 2018, estimates The Sydney Morning Herald. McComish is frustrated but optimistic, citing political groups like Keep Sydney Open who are pushing back against the government.

"The community is actually thriving, but there's just nowhere to put shows on, essentially."

McComish's own band, Body Type, found a rapt audience at its first gig in 2016. The personal, heartbroken haze of single "Ludlow," penned by McComish, immediately resonated with listeners and quickly made the radio. It's the first serious musical project for McComish, vocalist/guitarist Annabel Blackman, vocalist/bassist Georgia Wilkinson-Derums, and drummer Cecil Coleman, but the co-frontwoman says the group felt special immediately.

"We had this strange feeling that it's just an important project for all of us, and we should put energy into it 'cause it could take us places," says McComish. "It's kind of been this intrinsic feeling."

Body Type's recent self-titled EP is bittersweet, an unfussy reverie of dreamy guitars that sounds like growing up. McComish credits that to Blackman's intensely moving songs about the banality of every day, the foil to her own heartbreak tracks. The deep connection of the bandmates, McComish says, remains the most unique aspect of the band's musical evolution.

"Working so intensely with three other women isn't a relationship I've experienced," says McComish. "They are my best friends, my sisters, my wives, my children, all at the same time. It's this amazing plane of friendship that you can't really experience without something creative fueling it all."