16 Punk Rock Bands to Slam Into at SXSW 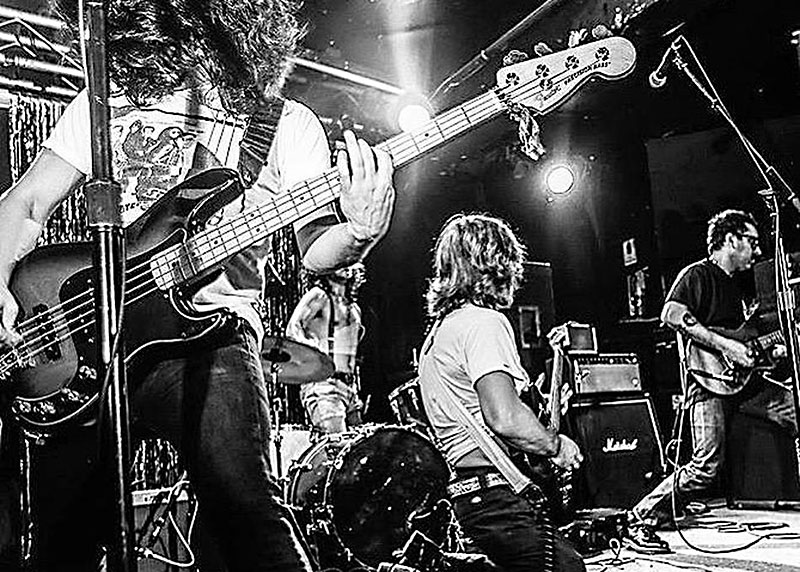 Wed. 13, BD Riley’s, 10pm
Ramshackle, crude, arrhythmic, this all-female Memphis quartet fronted by Alex Chilton's onetime girlfriend Lesa Aldridge began as a mid-South Slits in 1978. Ushering punk into Elvis' backyard, their anti-musicality turned up more No Wave than pogo rock. Championed by Chilton, Jim Dickinson, and even produced by Sam the Sham, the Klitz became a necessary assault on music and gender norms.

The Get Up Kids

Thu. 14, 720 Club Patio, 11:45pm
Moniker from an Alice Cooper oldie, the Sick Things remain Montreal's finest power-pop ambassadors. Only this quartet seems more enamored of the ghosts of AOR past than Big Star. They accompany big choruses with all the buzzing guitar bombast of Boston, Thin Lizzy's harmonized axes, and the wailing, anvil-on-my-privates lead vocals and vocabulary of Journey.

Fri. 15, Beerland, 12mid
Those who still light a candle at their destructo-punk altar for late Memphis legends the Reatards, commence rejoicing. New Orleans belches forth a band to sate your hunger for loud, fast, trashy, drink-and-drug-stoked, socially irresponsible rock & roll. Two cheap-'n'-nasty full-lengths, the last one titled Songs About People You Hate, and two 45s via Goner Records tell the tale quite rudely.

Sat. 16, Hotel Vegas Patio, 8:45pm
Gutbucket, lo-fi, blues-punk offspring of the Jon Spencer Blues Explosion and the Jim Jones Revue, DLL consists of three vets from NYC's garage-punk scene. Clad like renegade riverboat gamblers on a 1975 night out at Max's Kansas City, they shift to Yep Roc after three LPs and a fistful of 45s on Norton Records for this May's Lowdown Ways, tracked by JD McPherson bandmate/producer Jimmy Sutton, both of whom also contribute songs.

Wed. 13, BD Riley’s, 1am
Australian mixed-gender quintet channels both the Ramones and something weirder and cheaper.


Southern rock gets a garage-punk makeover by this Birmingham sextet of twentysomethings.

Sat. 16, Hotel Vegas Patio, 12:30am
New York punks who clearly own as many Kiss records as they do Dictators albums.