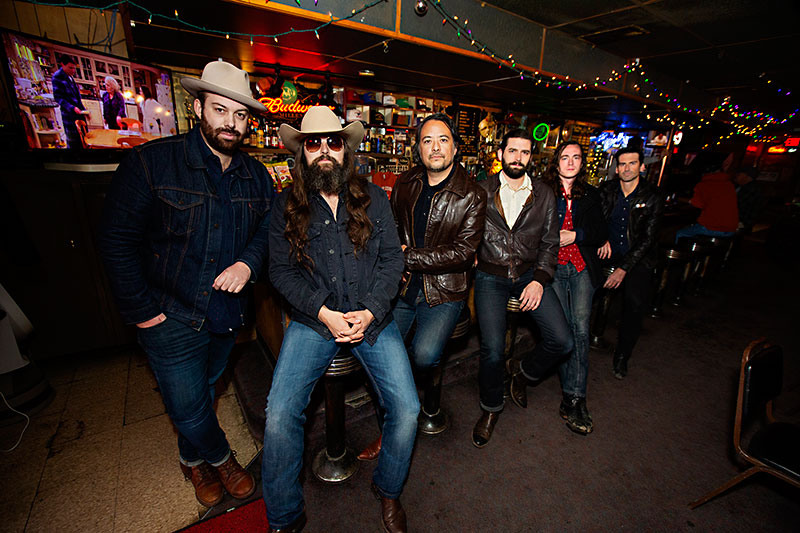 "There were a lot of fits and starts," admits Williams of cutting the LP. "With Graham coming on board though, it was a completely different dynamic – just having that other voice in the room."

"I just didn't want to fuck up the band, because I loved these guys," laughs Weber, sitting with his co-conspirator outside the Hard Luck Lounge. "I drove around the country by myself for a lot of years, and I just wanted to make something else. The nice thing about the big band [is] there are six brains working, and it's the most fun I've had."

Western Youth taps into the kind of rollicking road show of the Band or Tom Petty.

Intended as a one-off collaboration with the band backing Weber on an EP, the two songwriters found a natural chemistry in their distinctive styles. Weber details narratives, while Williams hooks into anthems. Combined with scene veterans, including the addition of Heartless Bastards guitarist Mark Nathan, Western Youth taps into the kind of rollicking road show of the Band or Tom Petty.

"We're a cast of misfits," nods Williams. "It's a big band, and we move a lot of air. Everybody's playing off of each other really well and it feels different now than it ever has."

"The more we play together, the more comfortable we are to go off and see where it goes," adds Weber. "It's a band built for a big stage, but if we can get in front of crowd, I think we can convert them."