Explosive rock troupe gets Big Star(s) in its eyes 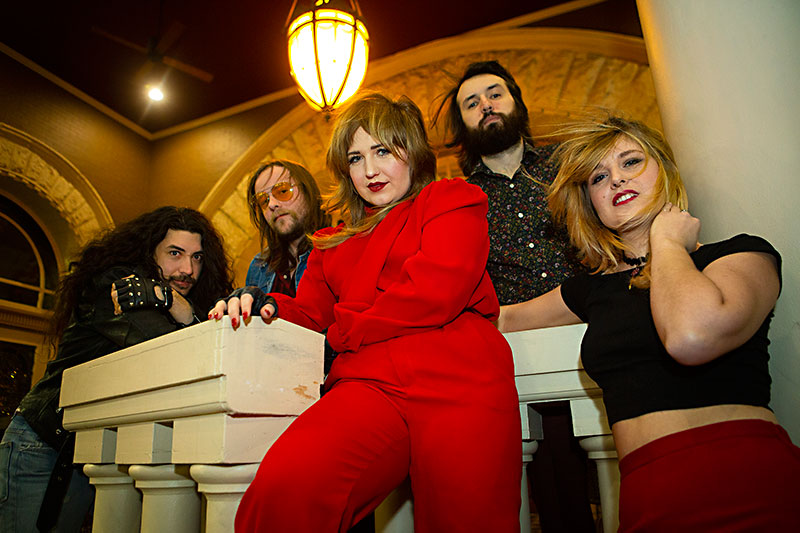 The Reputations waste no time. Straight off the November release of their sophomore album Electric Power, the rocking local quintet has already begun recording its third LP.

"We've been in Memphis for about two weeks and we've been taking our time," phones in bassist/vocalist Justin Smith. "This album has more dynamics of yacht rock, electric piano, and tender moments filled in, not just an in-your-face record like our previous albums."

Product of a Phil Spector covers set at Barracuda in 2015, the locals coined the term "powersoul" to describe their 2017 debut Begging for More, which combined garage-pop with heavy-sweat soul informed by the incarcerated producer's seminal "Wall of Sound." A year later, the group traveled to Memphis to record Electric Power.

"Recording Begging for More was really laid-back in the woods of Huntsville with no time constraints," recounts Smith. "For Electric, we wanted to get out of Austin and experience that cabin fever of everyone sleeping in a tight Airbnb together and not being able to relax."

Produced by Big Star's Jody Stephens at Ardent Studios, the same space where the famous drummer's band recorded its albums, Electric Power draws from the same vein of Seventies jangle rock. Grounded by dynamite frontwoman Rockyanne Bullwinkel, Smith's squalling, strut-soul registers, and guiding wisdom from Seth Gibbs (their longtime collaborator and friend), the album boasts bad-boy guitar bravado on gentle caresser "Shake Me Baby" and twang boogie on shuffler "Neighborhood." On the eve of the release party at Hotel Vegas, Gibbs passed away from cancer at 36.

"Getting in a van with people I love and playing songs that I love was the best way to cope," admits Smith on having to tour immediately after Gibbs' passing. "He made me recognize the songwriter in myself, and I still hear his voice in the studio. He's still very much with us."