Welcome to the ATX shoegaze revival 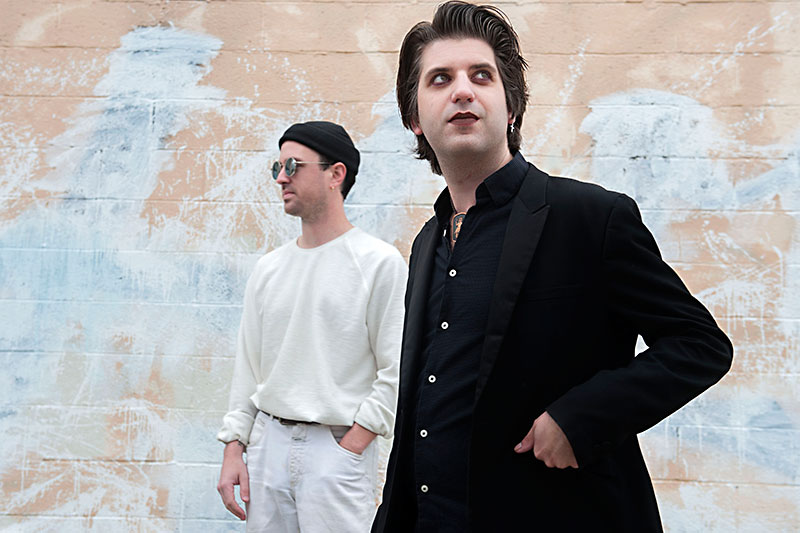 Austin seems like an unlikely location for the latest shoegaze revival, but its current wave of guitar bands combining Eighties pop with Sixties psych crashes to shore with the earsplitting shimmer of the original Nineties flood. Fronted by San Antonio native Nicolas Nadeau, Single Lash stands at the forefront of this Lone Star dream via third LP (and first for local label Holodeck), Providence.

The band has already shared its glistening crunch and savvy songcraft on local stages with inspirations including Killing Joke, Modern English, and Clan of Xymox.

Joined by Marcus Rubio on bass, Rudy Smith-Villarreal on drums, and guitarist Neil Lord, the band has already shared its glistening crunch and savvy songcraft on local stages with inspirations including Killing Joke, Modern English, and Clan of Xymox. That's a long way from the group's humble beginnings. Nadeau began playing guitar in 2009 while attending the Rhode Island School of Design.

"I was seriously bummed out," he explains about picking up the axe at age 19. "There was a missing piece in my life. I had songs running in my head, and no idea how to do anything with them. I was this really sullen, angry dude. The first time I strung my guitar, I strung it backwards so the low E was at the bottom, but I kept banging away at it until I could do it."

Nadeau formed the band immediately after becoming a musician.

"Single Lash was my first and basically only project," he confirms. "So if you go back and listen to everything, it's a pretty clear illustration of my personal evolution."

"Life is inherently sad and dark. You don't have to force it," says Nadeau. "That just means you recognize the beauty in the inherent sadness of reality, and then hopefully you can transmit that into something cathartic."