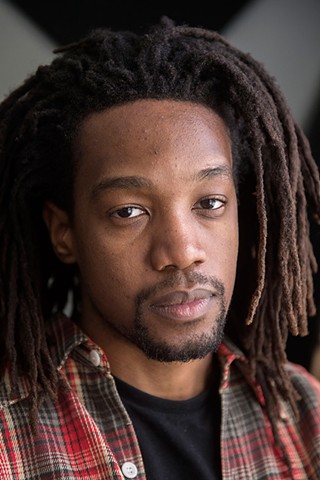 Harry Edohoukwa has a serious first-date question: "Are you a lyric person or a beats person?" For the 25-year-old rapper and singer, whether your brain gravitates toward pulse or prose says a lot about who you are.

"My girlfriend's a 'beats person,'" the Dallas native concedes. "But the first time I hear a song, I don't even hear the beat. I listen to what they're saying and how they're saying it."

Raised on Jamaican smooth stylist Beres Hammond and Afro-reggae messenger Lucky Dube – who, he notes, "used music as a tool, even if to say a simple thing like 'I love you'" – Edohoukwa later turned to Kanye, Kudi, and Frank Ocean, all bold lyricists. Those disparate influences inform the Austinite's singles: tuneful, ultra-modern deliveries that prove effective whether he's hyped or brooding. The island-accented "Mrs Mrs" details messing up a relationship, while new stream "Mad Max" focuses on "being okay with being crazy."

To the chagrin of his academic-minded Nigerian parents, Edohoukwa ditched pre-law and a track scholarship at Texas A&M University-Commerce to study business at Texas State, on the premise it'd help him navigate the music industry. Watching him perform today – expressive, swaggering, oozing star power – it's hard to imagine bookers weren't always blowing up the rapper's inbox.

"I just wanted a stage," confesses the MC, who routinely rented out venues over the last five years to promote his own performances, which find him linked to bassist/musical director Claudio Ramirez. Finally, he's getting looks, including opening slots for Duckworth and marquee placement on shows promoted by KUTX's hip-hop tastemakers The Breaks.

Making a name for himself is particularly meaningful for a kid who grew up sharing a forename with a popular boy wizard, and with a surname that's often mangled. (It's pronounced "Eed-oh-kwa.")

"People have been asking me how to say it all my life," he admits. "It's alright. Soon everyone will know how to say it."