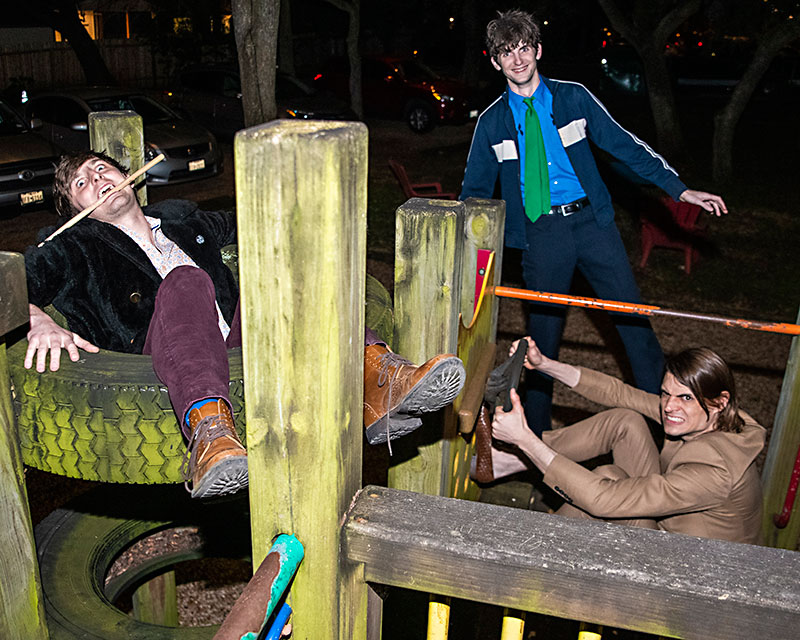 "My parents introduced me to the Clash and the Ramones and stuff like that," begins Rhys Woodruff, 23, drummer/singer of 5-year-old power punks Borzoi, his tale dovetailing nicely with those of bandmates Taylor Browne, bass, and guitarist/vocalist Zach Wood. "Then I went to college and was hanging out with Taylor and Zach. In one week, I was shown the Fall, the Birthday Party, Mission of Burma, and the Urinals. I didn't know these bands existed.

"But we also really like pop music," he adds.

"We used to be just noise," offers Browne, 26. "Then we all got really obsessed with David Bowie's Low. That record is really pop, but it's like, 'Fuck! How much can you do within this framework?'"

"Then we'd listen to James Brown records," says Browne. "This got us wondering how you can have this angry, Birthday Party-style punk, but with a really centered kind of pop rhythm. That's what we love."

The underlying funk germinated when Browne and Woodruff met in Fairview, and once the trio's jams and art-punk listening sessions started cohering toward what we now know as Borzoi – named for a breed of Russian wolfhound on a T-shirt owned by Wood – their racket crafted an opposition to the modern psychedelia so beloved by millennial Austin.

"This is how you should progress in any form of art," says Woodruff. "You should react to what's come before, and like or dislike it, then build on that. Which is what's unfortunate about this country – people don't do that.

"They just find a sound and stick with it. We don't know who the fuck we are, but we know we don't want to be that."