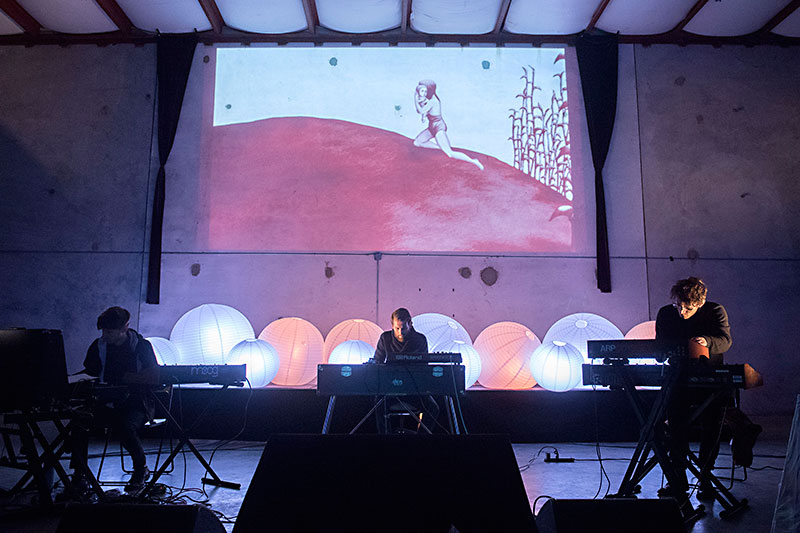 As a kid, Jenni Kaye loved Disney World's 4-D experience of sci-fi classic Alien, complete with water sprinklers for otherworldly drool and shaking seats. If the house that Mickey Mouse built ever shifts focus to experimental art films and sets up in an unheated, 8,000-square-foot concrete warehouse, the result might look something like Kaye's Fantastic Planet live score event.

"Seeing a movie within a movie was our elevator pitch from the start," says Kaye, who helps run local cinema hub Hyperreal Film Club. "So far, we've picked films that already have a cult following to give people a whole new experience with something they love. By hitting all prongs with art and music, it becomes multidimensional."

Co-produced with partner Joey Postiglione under the newly launched project umbrella Lifted Traces, the immersive screening of 1973 outer-space epic Fantastic Planet converged last Saturday, Feb. 9, at the Austin School of Film. Around 600 movie enthusiasts packed out the three screenings, matching the sold-out success of the team's Akira showing in December.

"I've liked [Fantastic Planet] since I was a kid, but the score is not my style of music," admits the local composer. "Our score is original, so we didn't cover anything, but it's like, 'How can we take a little bit of that vibe and turn it into something we can relate to?' You definitely get to be a little weirder, because it's a one-time thing."

Unsurprisingly, reimagining the music for a landmark foreign film requires some special considerations. For the Akira rescore, Postiglione spent hours emulating an anime character's dramatic breaths with a synthesizer, striving to avoid any human voiceover. For Fantastic Planet, he explored "a lot of French-sounding minor ninth chords" in the arena of film composer/Serge Gainsbourg- collaborator Alain Goraguer's source work, replacing psych-jazz drumming with an alloy of vintage analog machines.

"It ended up sounding very much like Air," remarks Postiglione, who's toured with major acts including Empress Of, Friends, and Chairlift. "You take those Seventies-style progressions, move them onto synthesizers from the Eighties, and then you sound like a band from the Nineties. It was actually super smooth."

The recorded album, Tiwa et Terr, is now available on Bandcamp. Kaye and Postiglione hope to develop Lifted Traces as a record label for rescores, as well as continued experimental screenings. Last Saturday's ended with a blue- and red-lit bubble release, mimicking the Draag giants' onscreen retreat from the Fantastic Planet in floating orbs.

"I mean, there's no 'Smell-O-Vision' like John Waters used to do," concedes Kaye, "but maybe the next time." 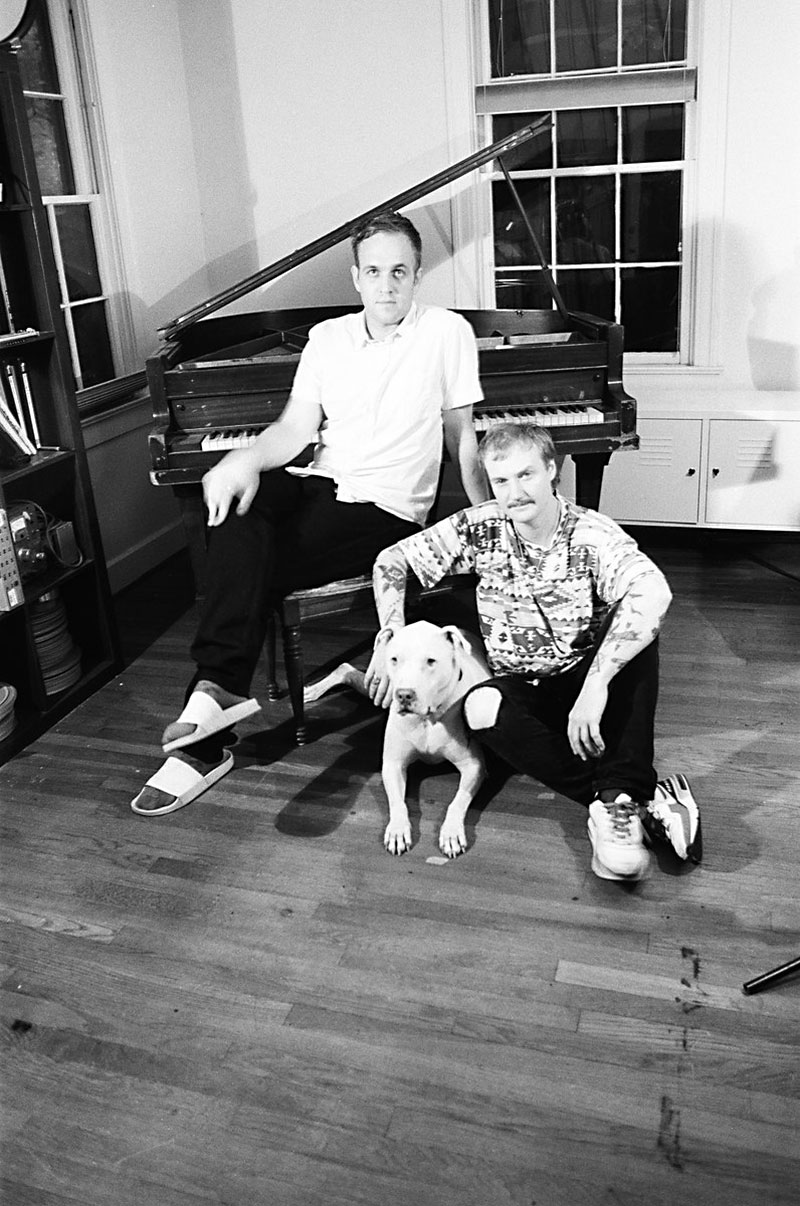 After picking up the phone for a band interview, Harlem frontman Michael Coomers warns he "doesn't know how to talk about being in a band at all."

"I'm out of practice," he admits, referencing the local garage act's content hiatus following 2010 debut Hippies. "But, I've always felt like we snuck into some wedding that we weren't supposed to go to, you know?"

After finding indie blogosphere acclaim in the Myspace era, Harlem left behind a record deal with Matador to pursue other projects.

While oiling his cast-iron skillet, NYC-based Coomers discussed re-entering art school in his 30s. He says a recent eye-roll from a young classmate "encapsulates this feeling of both trying to do something like making a record, but also a deep disconnect where it's like, 'what the fuck am I doing in a band at this age?' Your ideas become more articulate, but it's the same idea you've been rehashing for your entire life."

Harlem initially re-emerged in 2017 with a cover of "Cola" by Lana Del Rey. The band's even-tempered, pop-oriented new album offers "Lana," which Coomers says is "about how listening to her and Beyoncé's music helps you create some sort of persona to deal with shit, like if you're needing to be sassy, you can just put on Cardi B."

Coomers suggests O'Mara might be more adept at speaking about "band behavior stuff," so I give the longtime Austinite a ring, hoping to fulfill my bloodlust for drunken green room tales. While he does mention "walking around in basketball shorts and drinking Miller Lites like crazy" during the monthlong recording process with local engineer Norrie Swafford, he's fresh off a podcast about karma and thinking pretty cosmically.

Reflecting on recording to tape at Daniel McNeill's cozy home studio before mixing at Nathan Sabatino's remote Joshua Tree locale, O'Mara recalls: "[Coomers and I] were living together at the time and felt like, 'Yeah, we're in this. Let's just be smart and play our stuff.' 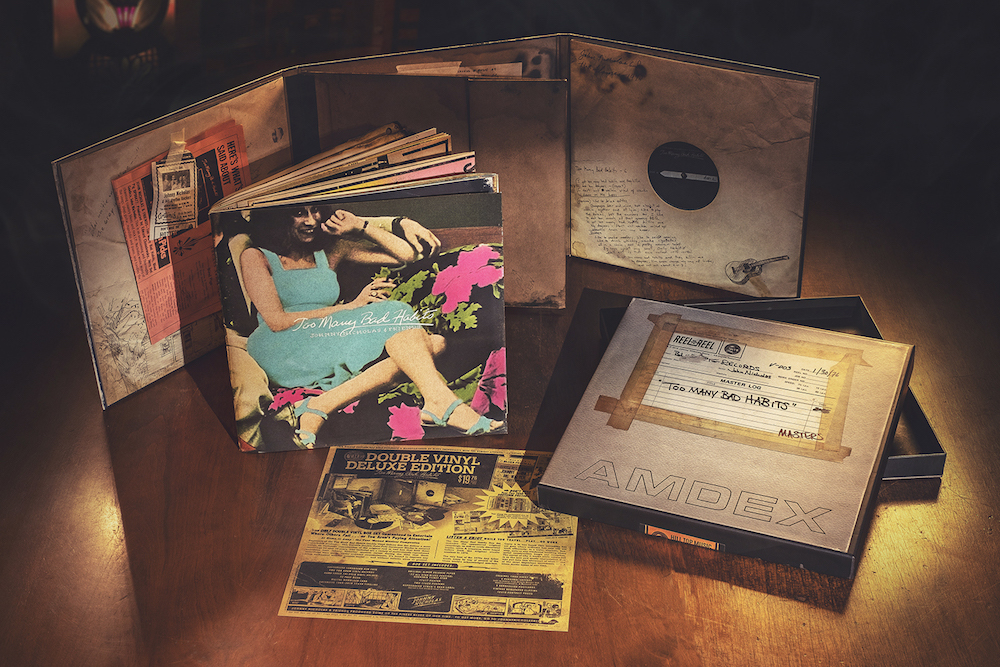 Johnny Nicholas' reissue of 1977 album Too Many Bad Habits earned a Grammy nomination this year for best boxed record packaging. Although Weird Al nabbed the Sunday night prize, Nicholas' double-vinyl set offers a time capsule of posters and memorabilia, meticulously re-created by local sisters Shauna and Sarah Dodds of Backstage Design Studio. Nicholas' favorite is a hand-decorated note from a teen Wynonna Judd, born Christina Ciminella, thanking him for coming up with her stage name. The storied songwriter says he was inspired by Fifties blues shouter Wynonie Harris, adding "the album is a really fun look into a whole era of blues swing, and you know what they say about remembering the Sixties and Seventies, right? I didn't even know I had all this great stuff." 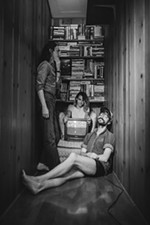