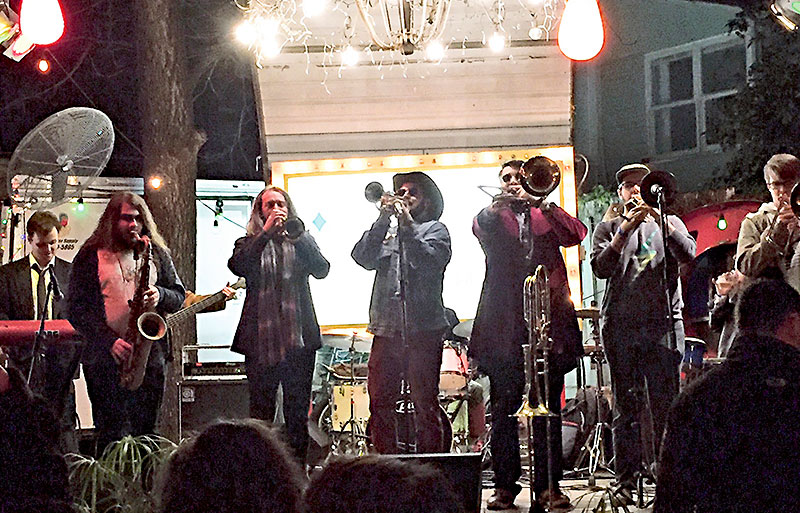 Following South by Southwest next month, long-running North Campus hub Spider House Ballroom will no longer function as a live music venue. Owner Conrad Bejarano plans to convert the space into an arcade bar, with alterations starting this month.

Years after opening the adjoining cafe in 1995, Bejarano and co-owner John Dorgan purchased a shuttered plasma donation center across the parking lot. Launched as United States Art Authority and later known as 29th Street Ballroom, the disco-ball-adorned room earned a reputation for solid music happenings multiple nights a week under the booking talents of Jason McNeely and Brian Tweedy. Both eventually left to run Hotel Vegas and Barracuda.

"Back then, [the Ballroom] felt like a speakeasy almost, but membership was open to everybody," recalls local artist Adam Protextor, who co-founded weekly hip-hop incubator Austin Mic Exchange at Spider House in 2012. "If you knew about it, you knew about it. There was this shared culture of, 'We're all here for the same thing.'"

This week's news follows a Chronicle cover story detailing alleged sexual misconduct by Dorgan, who is banned from the property (see "Tangled Web," Dec. 21, 2018). In a meeting on the venue's outdoor patio last week, Bejarano attributed his decision to the music community's avoidance of the venue and overall city requirements.

"I would love to continue, but the people and the system – with everything around restrictions to music – have voiced their opinion," says Bejarano. "Not to bring up the stuff with the allegations but it's like, 'Oh my God, there's another story in the Chronicle, we're not going to play [at Spider House] anymore.' When you look at the full bubble – everything associated with music – it's just a pain. I'm done with music. It's a real shame.

"I try to create this cultural incubator, and it's like, 'Oh, let's screw this incubator up.'"

The Spider House complex faces two ongoing land use violations from the Austin Code Department, one citing unapproved seating additions to the cafe's outdoor patio. In an email to a recurring comedy event announcing the venue shutdown, Spider House Director of Events George Garcia wrote, "The City of Austin is making us change the use of space from Music and Arts event space to something other than." The Ballroom's current official use of space is as an "art gallery," which Bejarano applied for in 2009 during the changeover from a plasma center.

The second case, opened in May 2017, requires the Ballroom to change over from "art gallery" to "indoor entertainment" use permits. Daniel Word, a Code Department division manager, says that an arcade bar would "probably still fall under" designation as an indoor entertainment or bar space, so Bejarano would still need to undergo a permitting process.

"The next step in the department process would be to file with municipal court," adds Word. "All our timelines have been exceeded, so it's something we could move forward with if we so chose."

According to city records, Austin Code delivered Spider House's most recent violation notice on Dec. 10. General Manager Jay Cesak says there have been more recent visits from representatives of the Fire Marshal's Office. A public information request for records of fire marshal activity did not arrive in time for this article.

The arcade bar conversion also comes after a contentious New Year's Eve concert at the venue, after which many artists waited weeks to receive payment. Booker Jim Campo says the Chronicle cover story limited the venue's outlets for show promotion and likely stifled ticket sales. Ahead of her performance, local country figure Carson McHone suggested a portion of show proceeds go to Austin's SAFE, a nonprofit working to end sexual violence, and Bejarano says a donation was made to the organization.

Meanwhile, McHone and John Dowey, frontman of boisterous rock trio Think No Think, spent much of January requesting payment from the booker. Campo stopped working at Spider House on Jan. 1, and directed bands to contact Bejarano. Leader of Magic Rockers of Texas and guitarist in many other local acts, Campo says he provided prior notice of his resignation, clarifying, "I didn't quit because of that show. If I could write checks, they would have been paid on day one."

After weeks of uncertainty, Dowey eventually received payment in two installments, the second of which he picked up this week. "If I knew all this stuff was going on, I would have never played that show," says Dowey. "We felt tricked, and it's unfair to make bands go through that."

Bejarano says artists received spaced-out payments because Campo and another talent buyer, Jake Vasquez, "went rogue and signed up $6,000 worth of bands without telling anybody and were not authorized to do so," eating up the total budget meant for overall event production. Vasquez also resigned from Spider House around New Year's.

Despite the relatively slow night, Campo says the budget and ticket sales from New Year's Eve amounted to more than enough to cover band guarantees. The booker adds: "Conrad was like, 'The checks will bounce. Either the staff or the bands get paid.' It just doesn't add up." Campo says he and Vasquez forfeited their own earnings from the show to pay out bands, and that he's also owed money from Spider House for another booking gig.

All comedy events also end at Spider House in early March, and Garcia says only Austin Poetry Slam and Shit-faced Shakespeare will continue their weekly residencies. After that, the unofficial SXSW venue hosts annual classics like Peelander Fest, Stoner Jam, and Onward Indian Touring's showcase for the last time.

Comic Mac Blake planned to end his monthly Waterbed Comedy Party to prep for a baby on the way, but the March 2 show now serves as the venue's last stand-up event for the foreseeable future. Blake and Joe Hafkey established the Ballroom's locally sourced laugh scene with former bi weekly revue Jazz Cigarette, started in 2013.

"In terms of indie shows where the stand-ups are the ones producing them, Spider House was kind of the marquee venue," shares Blake. "Maybe a year from now people won't even remember, but I'm sad to see it go, and I think a lot of stand-ups are. Comedy in Austin is kind of small news, but this was big news." 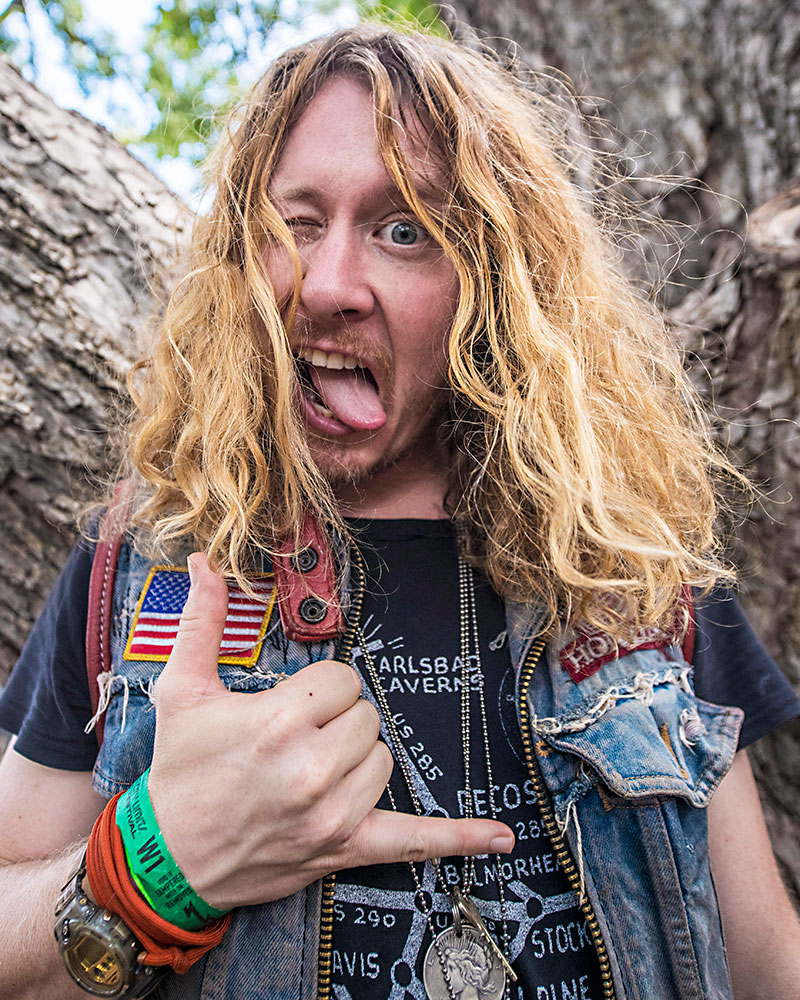 The Austin Resource Center for the Homeless (ARCH) will shrink capacity from 190 to 130 beds under a City Council resolution passed Jan. 31. The agreement aims to more effectively place clients in transitional housing, alongside another resolution to create a new emergency shelter elsewhere. Red River Cultural District business owners have long expressed concerns over the area's concentrated homeless population.

White Denim's two new surprise singles anticipate a new LP called Side Effects due March 29. A quick follow-up and "companion piece" to 2018's Performance, the album will be "more in line with the experimental, freewheeling spirit of their fan-favorite record Last Day of Summer than anything else they've done since," according to a press release. 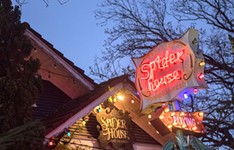