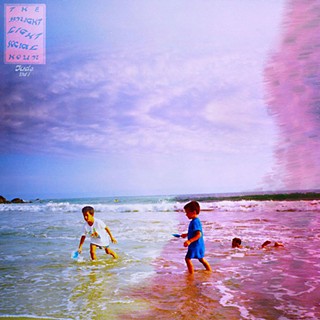 Celestial synthesizers and reverb-wall guitars combust into black-hole distortion basslines attaining warp speed in "Give to Me Words," opener on Jude Vol. 1. For its third long-player, the Bright Light Social Hour continues spinning on an axis of spiraling psychedelics and prog-rock maelstroms in line with previous release Space Is Still the Place in 2015.

Lyrically, the album functions not only as a political manifesto on hyper-information anxiety and Trump malaise, but as a cathartic therapy session stemming from the suicide of Jackie's brother, Alex Jude, front and center on eulogy "My Boy." Ultimately, Jude Vol. 1 echoes the Bright Light Social Hour's ability to channel cosmic head trips and break orbit to realms of inventiveness and imagination. 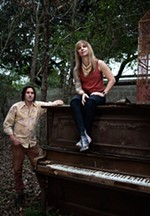 Longtime Austin Collaborators Patrice Pike and Wayne Sutton Finally Duo Up
At the heart of so many essential acts beats a duo, so it is with the Little Sister / Sister 7 legends