Faster Than Sound: I’m Just Not Into Labels 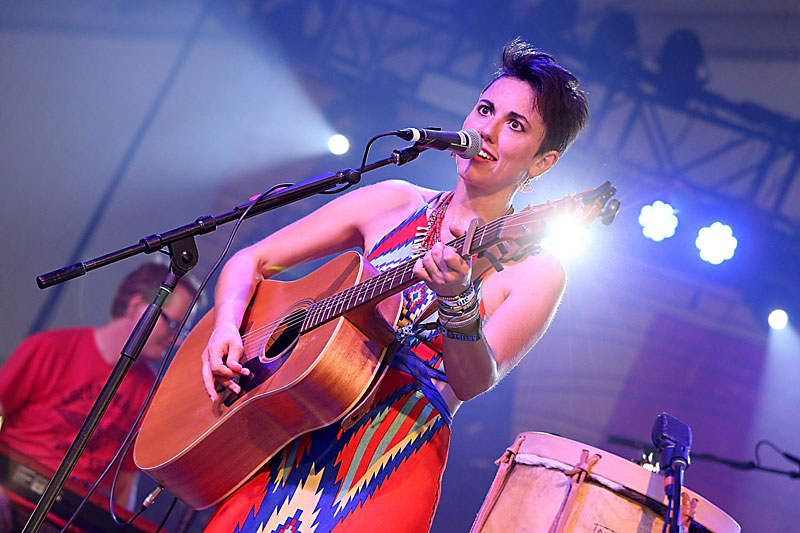 "At other conferences I go to, the biggest problem is industry people just talking to the industry," shares CD Baby Marketing VP Kevin Breuner. "They're not giving information specific to helping artists move their careers to the next level, like how you get a manager or book your own tour."

Breuner jokes that the 20-year-old brand now abbreviates "Completely Digital" Baby. After making its name as a go-to online CD store, the Portland-based company successfully pivoted to digital music distribution. Exclusive deals with Spotify and Apple Music boosted the platform's artists, who earned over $100 million last year. That represented a 25% increase from 2017.

"I don't see [streaming] as income, but more as engagement," says Chavez. "If a fan is on Spotify, they should be able to listen to me on Spotify, because that provides a longer-term relationship." 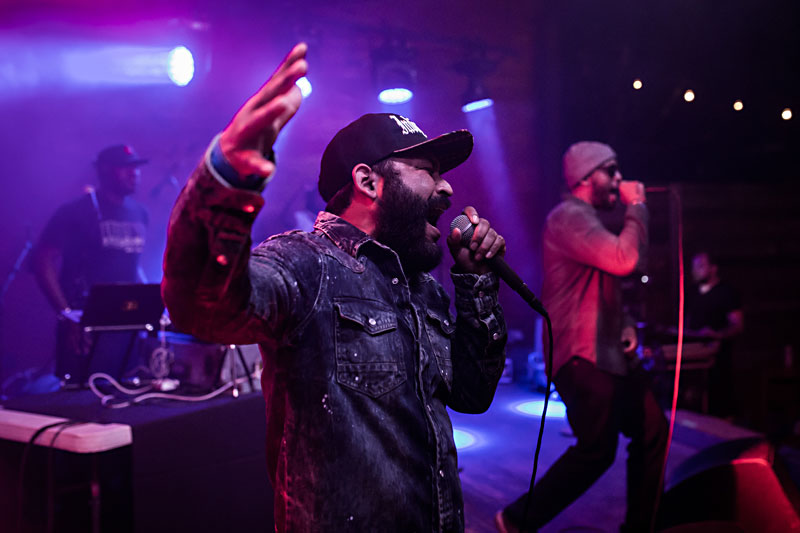 San Antonio hip-hop trio Third Root splits its upcoming album, Trill Pedagogy, into four EPs in an "experiment" to boost online traffic, which they track on CD Baby and additional platforms like Bandcamp. Known onstage as Easy Lee, MC/poet/educator Charles Peters describes the bite-sized outputs as "this continuous promotion leading to a big vinyl piece" in March. Both Peters and Chavez sold physical copies on CD Baby in the early Aughts, making the platform a natural choice over other popular distributors like DistroKid and TuneCore.

"We both went to a great music school, but I wish they would talk more about monetizing your work," admits Burchill, a University of North Texas alumnus. "Now, we're doing research and figuring it out on the fly."

Sidewinder Benched, Beerland in for SXSW 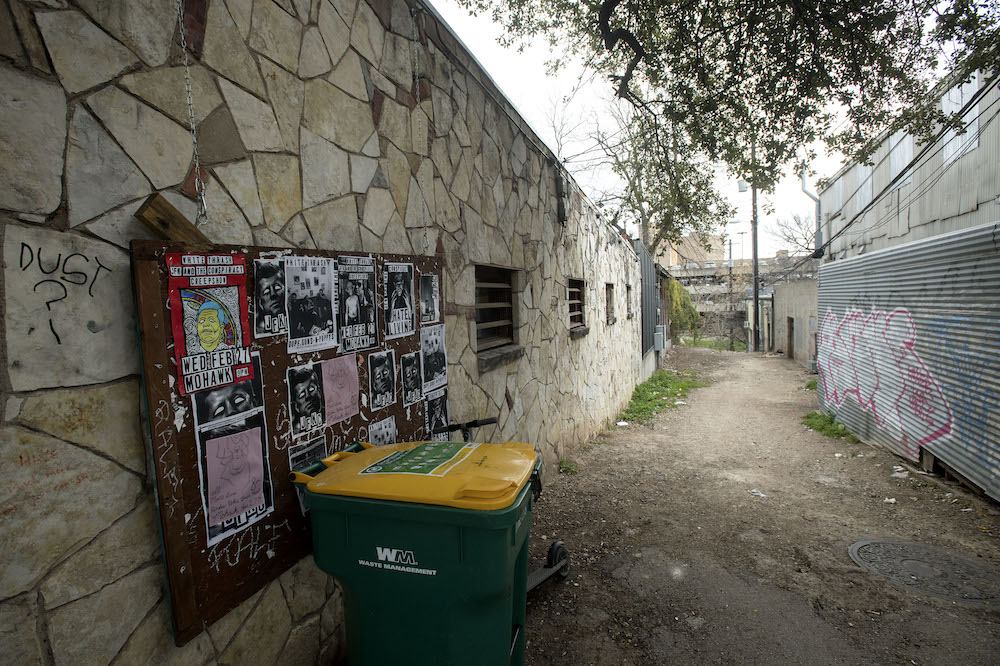 Last week, a Downtown Commission meeting updated long-running efforts to enclose an alley in the Downtown Red River Cultural District (revisit "City on the Fence Regarding Red River's Homeless Problem," Jan. 25). The fate of neighboring, now-shuttered venue Sidewinder also waits on the alley planning process. Next door, punk hovel Beerland returns as an official South by Southwest showcaser after many years as an unofficial venue, citing relaxed rules as incentive to join.

The former's 715 Red River locale, once home to the Red Eyed Fly, is listed for lease by Capital Leasing, Management & Sales. According to VP Ron Meyeres, the city requires installation of another emergency exit to the ex-Sidewinder before the outdoor space can function. He says construction permits depend on the alley project and coordination with future Waller Creek development.

"It's just a mess," says Meyeres. "We can't get the maximum use out of the building as a live music venue until we get a secondary exit."

While Elysium owner John Wickham no longer counts involvement with the property, Meyeres is in talks with a group of local venue owners "seriously considering" leasing the space under a special arrangement where rent increases once the outdoor stage gets up to code. Until then, the bar operates on a 200-person inside capacity with just 49 allowed outside.

"It just kills me that we can't have [the building] open for South by Southwest," adds Meyeres, whose firm owns and operates East Seventh Street event space Ironwood Hall. "Permits are due Feb. 8, so we're racing against time."

Alongside the loss of Sidewinder's two stages, Beerland head Richard Lynn says SXSW representatives "have been much more accommodating and flexible" about programming, prompting their addition as an official 2019 venue. Beerland founders Randall and Donya Stockton maintained unofficial status for many years before selling the storied space to Lynn last year. 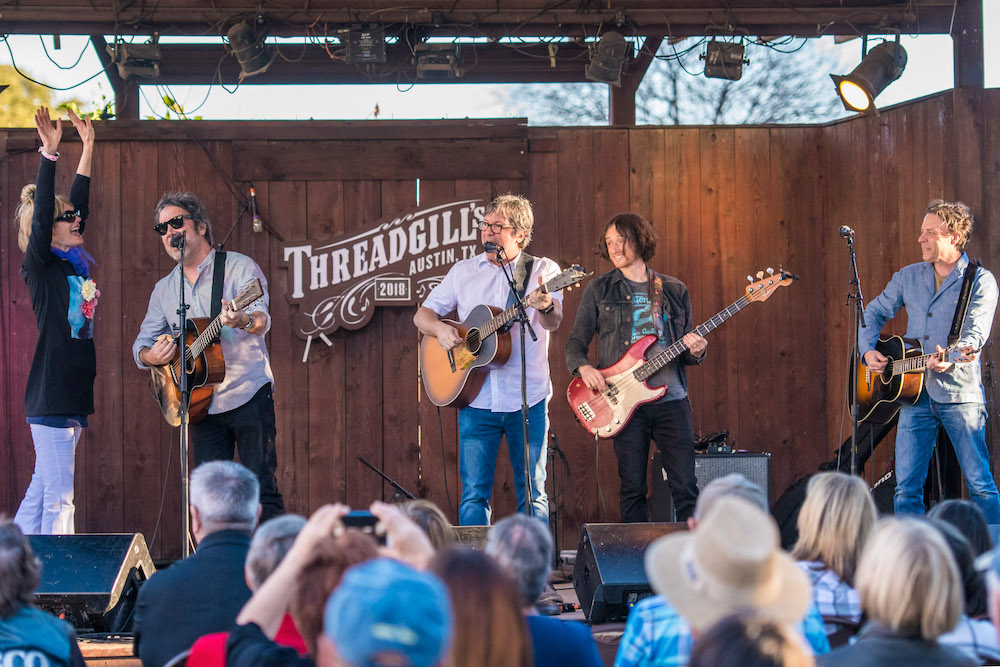 While the world ogled new Fyre Festival footage, local Nineties heroes Fastball found themselves at the center of a different music industry scam bonanza. Band management revealed that crowdfunding service PledgeMusic owed them over $20,000, prompting an outpouring of high-dollar complaints from other artists against the service. The unpaid earnings stemmed from a campaign supporting the 20th anniversary reissue All the Pain Money Can Buy, including smash hit "The Way."

"[PledgeMusic] was taking other artists' money and spending it on salaries and offices and other things," elaborates Wark. "They should have had two very separate bank accounts. It's a bit of a Ponzi scheme."

Fastball singer/guitarist/co-frontman Miles Zuniga is mostly glad fans received their pledge products on time, including T-shirts and vinyl the band went out of pocket for. Though he admits the missing funds would help fund a publicist for an upcoming LP, counting money isn't his gig.

"I'm a lifer," explains Zuniga of his varied music career. "I'm not good at anything else, so it wouldn't matter. We had one record that was super huge, but you never know what's going to happen. That's what makes this job fun. It's not like being an accountant."

Nathan Hamilton self-published his first book of poetry, including a hardback edition with accompanying photography. His Engineless Hour collects the same vivid, gritty vignettes conjured in the local songwriter's shadowy roots-rock. This time, the verse without music "allow[s] for a bit more depth and, if I am honest, more vulnerabilities," shares Hamilton. "I also wanted to make the book so as to have a physical object for people to experience without being led away by a click or link. It is the very intention inherent in the title."

Float Fest was denied a permit by the Guadalupe County Commissioners Court, just days after a study tasked by organizers of the San Marcos River event revealed a total economic impact of $12.3 million in 2018. Residents presented concerns over traffic, safety, and river cleanliness before commissioners voted against the annual summer fest, planned for July 19-21. 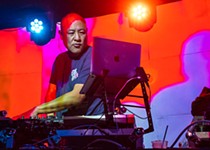