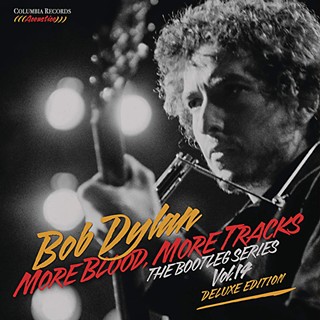 These 87 tracks in a 6-CD bundle deliver an all-encompassing purge of Bob Dylan's Blood on the Tracks studio sessions. Only amateur Dylan devotees will reach for the single-disc release of the highlights. The deluxe edition, meanwhile, offers a sometimes painful, often revelatory deep dive into how Zimmy's finest Seventies album awkwardly ripened to perfection.

The first take, attempted on Sept. 16, 1974, at New York's A&R Studios, is a strongly-strummed solo rendition of "If You See Her, Say Hello," after which producer Phil Ramone can be heard on the talk-back microphone: "That's really nice!" Not all of Blood on the Tracks' songs sprouted so evergreen. Later that day, Dylan and a backing quartet evidence real trouble while logging nine consecutive attempts of "You're Gonna Make Me Lonesome When You Go" at varying tempos and with drums that are so unfitting that Dylan abruptly halts some takes.

The collection's chronological sequencing, over four days in NYC and two at Minneapolis' Sound 80 Studios, shows how "Tangled Up in Blue" – cut 10 times, originally with second-person lyrics and a slow, front-heavy rhythm – wasn't a stroke of genius, but a work slowly materializing from unremarkable to perfectly transcendent. Such seminal versions make "the voice of a generation" seem unusually mortal at times, but the set overflows with amusing and inspired outtakes, alternate lyrics, and mumbled rehearsal runs.

More Blood, More Tracks: The Bootleg Series Vol. 14 also validates Bob's brother's urging to scrap and drastically rerecord five songs last minute. It's all especially enlightening if you have the blood and guts to listen to the collection in one sitting. 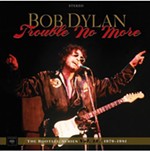