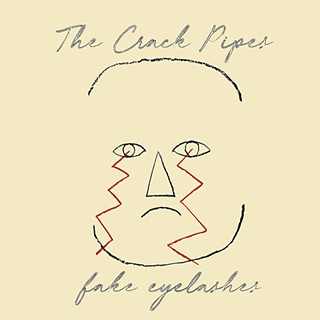 The remaining seven titles veer all over the art-garage firmament. Frat rock riffer "Lil' Cheetah," soul clapper "Bang Bang Bangs," and statement of purpose "My Underground" all move and groove. Yet it's that interplay between the core Crack Pipes instrumentalist – especially Korpi's articulate, inventive six-stringing – and Colgan's sanctified church vocalising that remains the front-and-center of Fake Eyelashes.

Alongside fellow Aughties garage-punk heroes the White Stripes, the Crack Pipes continue to prove this music needn't stay stuck in 1965. Fake Eyelashes continues pouring and mixing new and exciting hues on garage punk's palette. We're the better for it.