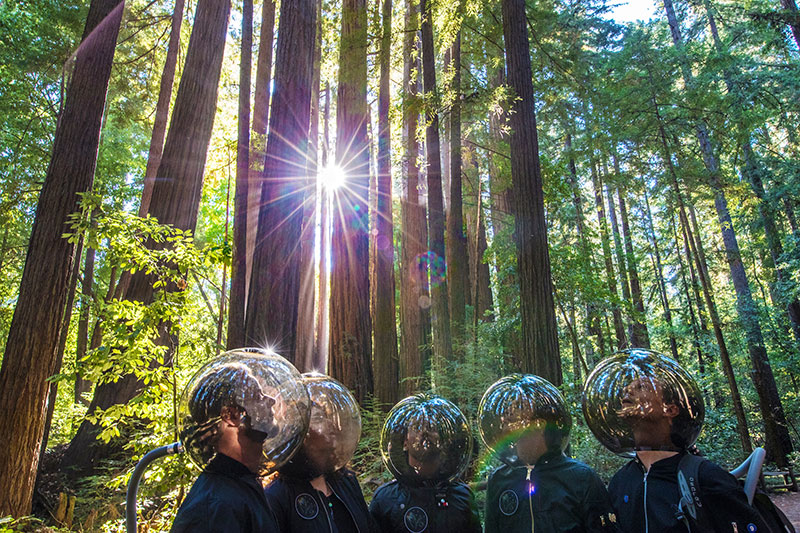 As you cough up $10 monthly for Netflix and/or Spotify, there are some thousand die-hards paying the same rate to hear exclusive material from Sound Tribe Sector 9. In January, the veteran jamtronica fivepiece unveiled a patronage-driven platform on Bandcamp for fans who hang on their every note. Weeks later, they rewarded subscribers with an unexpected full-length release titled Wave Spell.

"We'd gone into the studio with no intention; the idea was not to record something to release or even start the writing process of a record," explains drummer Zach Velmer of the movements tracked at their Santa Cruz studio. "It was just to communicate with our instruments. It turned out that the conversation was worth sharing."

Two months later, they released a second, equally well-received collection by the same name. Noting the excitement amongst their fanbase, the band put on the Wave Spell Festival in Northern California in August, performing multiple sets of the new material. While five years had lapsed between STS9's previous two LPs, the less-contrived delivery of largely improvisational work both sated their followers' fierce appetites and gave the group members new artistic latitude that's revolutionized the quintet's creative process.

"It's all about being open and following the music," says Velmer, who founded STS9 in 1998 with friends from California and Georgia. "It's why all this is happening at this moment; why we're playing so well right now, why it's so fun, why the fans are super stoked. It's because we're letting the music guide us."

For the largely instrumental group, which debuted in Austin at a forgotten taco restaurant in the early 2000s, the spontaneity of Wave Spell suits their onstage pursuit for significant musical moments.

"We're not pop music. There's not a formula to make our songs work on Spotify," Velmer adds. "For us, we have to let music come through us, while pushing toward what's calling to us. When that works, I dare say it's magic."