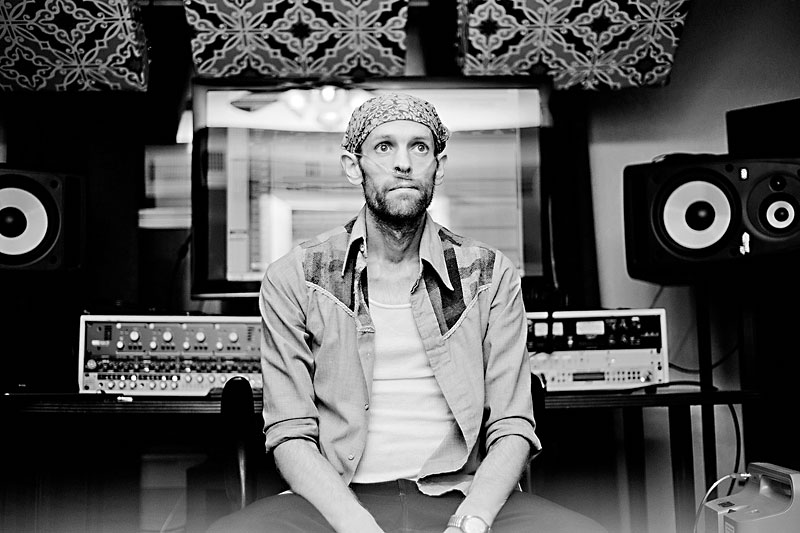 On October 4, Seth Gibbs climbed onstage with an oxygen tube in his nose and an active chemo port on his chest. He picked up his Stratocaster and sang a jingle he'd written for that moment.

Everyone needed the icebreaker. Many in the large, loving audience at Kitty Cohen's that night had already heard the tragic news about the pop savant who's anchored a dozen excellent bands, including Bobby Jealousy, and is an equally notable record producer. The ensuing performance found Gibbs determined to stay lucid on oodles of pain drugs as he sang superb songs about mortality. A particularly wounding new number offered a sobering confession:

"The future is one pill I can't take."

Three months ago, Seth Gibbs believed he was in the best shape of his life. He'd started exercising and stopped drinking. Then a big lump poked up from his left shoulder. A biopsy and ensuing medical tests revealed the 36-year-old local had a form of metastasizing stomach cancer that spread to his bones, lymphatic system, and lungs.

"I knew I was having the big bad cancer talk when the doctor was listing me my options for how to tackle this and one was to get myself comfortable and prepare for the end," the singer and multi-instrumentalist explains over the wheeze of his portable oxygen machine. "It's rare that young people get this kind of cancer. They view me as some sort of anomaly. I got really lucky."

Gibbs chuckles. He laughs a lot when talking about cancer. He's been watching all the "cancer movies" and has come to the conclusion that the world hasn't yet learned how to laugh comfortably around the disease. Even when discussing the rate of survival for his condition – 1% live beyond a year and a half – he seizes the potential joke.

"Hey, I banked on being a rock & roll star and the chances are a lot lower on that."

The Huntsville-raised University of Texas dropout honed his playing, performing, writing, and recording skills at England's Liverpool Institute for Performing Arts before returning to Austin in 2006. From there, Gibbs continued creating music as Brother Machine, while also playing bass in critically acclaimed local bands the Archibalds and Leatherbag. He also co-led heavy pop breakouts Bobby Jealousy with then-wife Sabrina Ellis of A Giant Dog and Sweet Spirit, toured nationally with Hope Irish as the Shame & the Waste, and started the Reputations, a power-soul group fueled by his complex harmonies.

The latter outfit proved another shining moment in his catalog, much of which has been released on his Superpop! label. The Reputations have since signed to Nine Mile Records, and second LP Electric Power, tracked at Memphis' legendary Ardent Studios under the guidance of Big Star's Jody Stephens, lands locally with a show at Hotel Vegas next Thursday. This summer, Gibbs ceded his role as guitarist to Erich Fraustro, who jibed more with the band's international touring ambitions.

"Seth's the reason the band exists and he's a big part of Electric Power," acknowledges Reputations bassist/songwriter Justin Smith, who played alongside Gibbs in Rolland Hazzard and Downtown Lips. "He's the most unique guitar player I've ever played with, but his contribution to me as a musician is bigger than the Reputations. He brought out of me the ability to believe in myself as a songwriter."

Gibbs doesn't look bad for a guy with cancer all over his body.

He's lost weight so that his wristwatch slides way up his forearm, his cheekbones look especially rock star-ish, and his feet are so swollen he had to switch from flip-flops to compression socks, but he hides well the immense pain he's in. Likewise, his home doesn't look like a sick person's house, but rather a fully functioning recording studio. He recently moved his gear from Sweetheart Studios into his living room.

For the past dozen years, he's worked professionally as a producer/engineer. Most everything he's touched has been a passion project – a way to connect with friends and touch people's lives. Now, that's doubly true.

"Seth's more giving of his time than anyone I've ever met. It's part of his kindness and also what makes him so great in the studio," lauds Randy Reynolds, who's worked on approximately 20 albums with Gibbs. "There were times when he was the only person who believed in what I wanted to do. He can take any shitty idea I come up with and bring it to fruition in a way that it sounds great.

"I don't know how he didn't tell me to fuck off so many times, but I wouldn't be who I am, musically or in general, without him."

Gibbs doesn't take a lot of pictures or keep a journal.

"With most of my best friends in this world, I have music we recorded together to look back on," reveals Gibbs, whose currently working with five of his buddies on a project dubbed Willy Vanilla. "Making as much music with as many people as possible is my goal right now."

Life's two ultimate universalities, mortality and love, are powerful concepts to place in the hands of a skilled songwriter.

"First time you see me this way and you realize/ There's nothing broken in your eyes," opens a new Gibbs love song, before he declares, "I will fight to remember each line of your face/ I will fight as my mind is erased."

Gibbs' newest material, crafted in the weeks following his cancer diagnosis, is both beautiful and devastating.

"My body and my spirit are going different ways/ I always reconciled them, but not so much these days," he sings on "Here I Am."

You won't have to wait long to hear the latest collection, which will be released under his Brother Machine moniker and includes guest vocals from Ellis.

"I would much rather this not be a posthumous album, and I'm racing against the clock," he says. "I'm not going to worry about quality control. That's how I ended up with 500 songs that no one's ever heard."

As far as those 500 unreleased songs, the product of a restless artist always more occupied with creating the next project than promoting the last one, Gibbs is currently archiving them with plans to put them online. Meanwhile, he's nailed down his sales pitch for his new album.

"Everyone's gotta buy it because I have cancer," he smiles. "This has to be the turnaround of my career!"

The terms in which Seth Gibbs refers to his current medical ordeal range from "my physical state" to "possibly dying," but he's determined to beat the odds.

"I promised my family that I'd fight," he affirms, before showing me a stunning new song expressing exactly that:

"When I could still stop crying/ When I said that I would fight/ When I wasn't yet really dying/ When I promised that I'd fight/ That I'd be here no matter how hard/ And it's gonna be so hard."

In a few weeks, Gibbs undergoes tests to see if his treatments are working. Regardless of the result, he's got a lot to live for: family, friends, and the creative projects that sustain his soul. Paramount among them, he says, is recording a new album by the Bad Lovers, the rock band his brother Jimmy Wildcat fronts.

"I love being part of people's creative outlets," he says. "That's what I want to be: a great big catalyst, here at what may be the end ... or possibly not.

"Oh man, that would be amazing if this was just a big kick in the ass to get me more dedicated." 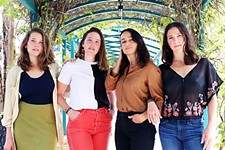 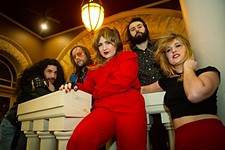