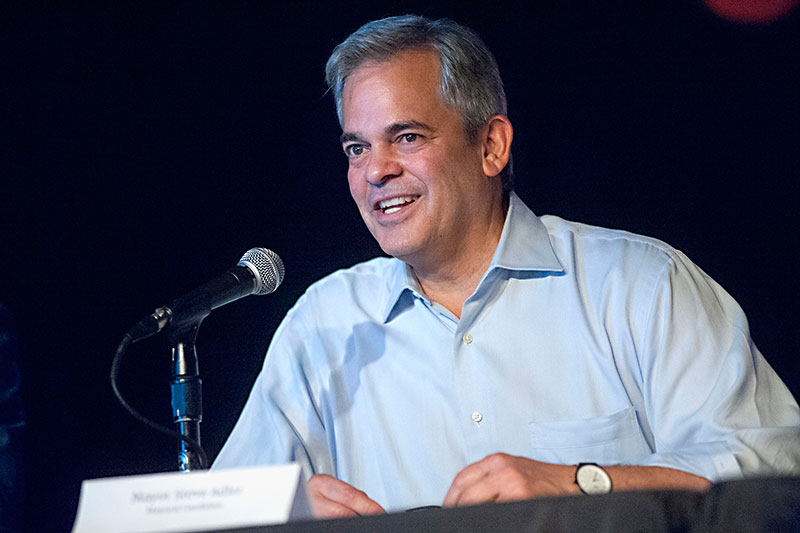 Austin not only deserves a progressive music policy when it comes to dealing with the compatibility of music venues and new residential developments, it demands it. What other municipality is so inextricably linked to live music, while constantly ranking among the fastest-growing cities in America?

For three years Austin's venue owners and music policy advocates have been calling for the city to adopt Agent of Change. The ordinance would settle sound disputes with a "we were here first" precept in that condos and hotels being built near a music venue would be responsible for mitigating sound for their residents. Likewise, a new club would have to prevent their sound from bothering nearby residents and guests.

Today, a resolution heads to City Council that, if passed, will order the city manager to hammer out details for an Agent of Change ordinance early next year.

Fall 2015: "Playback" publishes a report about the newly built Westin hotel repeatedly calling police on nearby club the Nook, a dispute that eventually evolved into a lawsuit and subsequent settlement in which the hotel bought the club a downward-facing speaker system.

The following year, Mayor Steve Adler supported Agent of Change as part of his Omnibus plan, a sweeping music policy wish list. In 2017, ongoing momentum portended Agent of Change being put on the city books, but it crashed and burned before it got to Council. The Economic Development Department (EDD) fumbled its execution in three ways: It initially excluded hotels from the requirements; the language included no method of enforcement; and they hinged it on a new entertainment license music owners considered punitive.

In fact, it proved so counterproductive that venue operators and music policy advocates, the very groups pushing for Agent of Change, banded together and rallied Adler to pull the item from the Council agenda.

In many ways, Adler's been Austin's ideal mayor during his three years atop the highest municipal perch – fighting the federal agenda locally and showing face at music events. Nevertheless, he's yet to see any Omnibus music stabilization efforts through the meat grinder of city bureaucracy and his mini-bond program to help the city buy music venues is dead in the water. The city's sole significant music success during his tenure is the Red River Pilot Program, which resulted in longer live music hours for select Downtown venues.

With Election Day approaching, Adler needs a win in music. Thus, at an Oct. 1 Music Moves Austin panel, the mayor gave Agent of Change another push.

"It's been frustrating because I've been part of several conversations where it looked like we were done, but then it just doesn't seem to get done," Adler noted before promising to add a resolution to the Oct. 18 Council agenda.

That surprised everyone – except those quietly working on it behind the scenes.

"We want an environment where music venues and hotels are able to operate," explains Scott Joslove, president of the Texas Hotel & Lodging Association. "We've met with some music venue folks. They're working on their priorities, we have our priorities, and I don't think we're far off."

Joslove, despite having a job description that includes fighting burdensome hotel regulations, is supportive of Agent of Change. He credits James Russell, the Visitor Impact Task Force chair, with facilitating a productive stakeholder process and hopes negotiations will foster the inclusion of bass frequency measurements in Austin's sound ordinance as well as increased enforcement.

The resolution, sponsored by Adler and Council Members Pio Renteria, Ann Kitchen, and Greg Casar, contains a letter written by Rebecca Reynolds, the executive director of Music Venue Alliance (MVA), as its only exhibit. Reynolds says she didn't intend her letter to be the basis of the resolution, but stands by its content. Not all stakeholder groups feel they were adequately consulted during the development of Agent of Change v.2.1.

Chris Riley, president of the Downtown Austin Neighborhood Association, sent a missive to the mayor and Council lamenting that Downtown residents had not given input since the resolution's last go-round in 2017. While Riley has two points of contention with MVA's letter, focusing on how residents could still be impacted by sound that's at legal limits, he still supports the passage of Agent of Change in Austin.

"Even if you fully expect a new residential project to come in with thorough soundproofing, that doesn't always happen," explains Riley. "So it just makes sense that whoever the Agent of Change is bears the responsibility for dealing with the issue they're creating. That works both ways."

The MVA's Agent of Change recommendations bear sharper teeth than EDD's previous effort. For one, it requires that operators of new residential properties disclose to guests if the structure is in close proximity to a music venue. The same would apply for anyone selling a building.

The proposed ordinance also seeks to establish a sound mitigation standard of 45 decibels – the threshold of a good night's sleep, according to the World Health Organization. New constructions would have to demonstrate that volume inside a living space comes in at or below 45 dB. That could be achieved through any material or means, including working with a venue to decrease sound projection at the source.

While the EDD's botched 2017 proposal presented no methods of enforcement, MVA's recommendation would withhold a new dwelling or venue's certificate of occupancy until it meets soundproofing standards. Reynolds equates it to building near an airport.

"If you're building a home or condo in a flightpath, you have extra requirements to make that place hospitable," she explains. "That's precisely what we're going after. We don't want to tell you what windows you have to use. We just need to get ahead of sound disputes as best we can by creating some requirement to get your certificate of occupancy – showing you took that extra step because of where you are."

There's no assurance any of the MVA's recommendations will emerge as part of a future ordinance.

In an email forwarded to "Playback," Brian Block, the Entertainment Services manager in the city's Music Office, told a neighborhood constituent that there's "no assumption that all of [MVA's] recommendations are feasible or would be included in a staff recommendation."

Through the EDD's media rep, we asked Block if he supports withholding a new building's certificate of occupancy if it doesn't adhere to soundproofing standards. Instead, "Playback" received a written response from David Colligan, the acting EDD assistant director and lead on Agent of Change staff advisement, recommending "updated community stakeholder feedback." In a follow-up call, he was pressed to name any method of enforcement his department could offer those stakeholders.

"I can't at this point," he replied. "I would need to better understand what it is we're looking to solve."

A representative from Mayor Adler's office, speaking off the record, explains part of their desire to push an Agent of Change resolution through is to expedite that dialogue while it gets shaped into an ordinance.

Alas, stakeholder feedback, to some degree, has been ongoing for the better part of two years and local venue owners, whose businesses may depend on this legislation, have received no answers from their public servants on accountability in respect to Agent of Change. After all that time, the EDD, which once again plays a major role in this legislation, isn't even willing to discuss how, or if, enforcement will be handled for new businesses that ignore soundproofing standards – a reminder that while music is sound, politics is just noise. 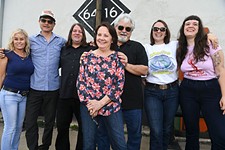