Sky's the limit for the ACL brand 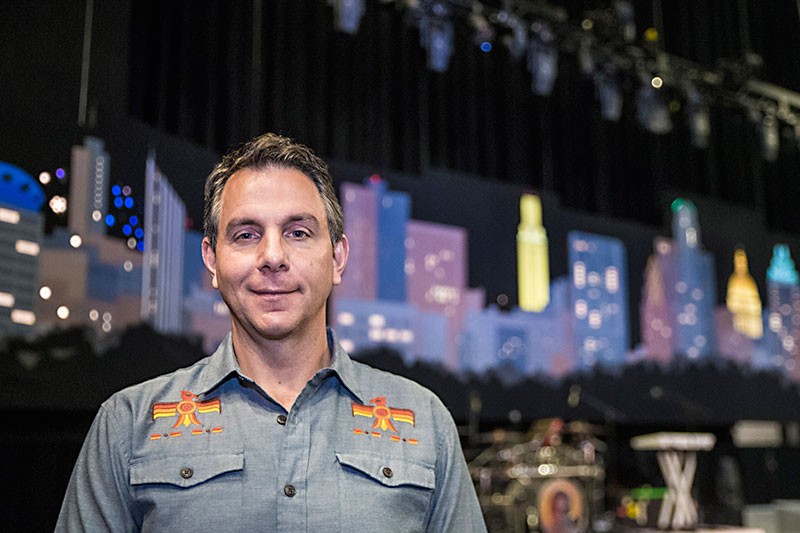 Last month at Arlyn Studios, representatives from KGSR and the Austin City Limits television franchise officially flipped the switch to send ACL Radio across the airwaves. Willie Nelson's "Whiskey River" christened the new FM station on 93.3 and 97.1, which promised an eclecticism that would sweep from Lyle Lovett to Drake.

ACL Radio creates an unprecedented partnership for commercial radio, a terrestrial station more in line with branded satellite formats (see "KGSR Rebrands as ACL Radio," Sept. 6). Although it's still too early to tell whether the five-year licensing deal will expand KGSR in its homegrown market, the foundational local frequency's alignment with the 44-year-old public television series adds an immediate boost in reputation that extends beyond Austin's city limits.

Following transformative partnerships with C3 Presents/Live Nation to produce the Austin City Limits Music Festival and with Stratus Properties for Downtown venues ACL Live at the Moody Theater and 3Ten ACL Live, Gimbel licensed the brand this year for the Sydney City Limits and Auckland City Limits music festivals in Australia and New Zealand (read "Auckland City Limits? Absolutely," March 9). A deal was also struck with American Airlines to provide episodes of the TV show as in-flight entertainment, as well as with Lufthansa, LatAm, and Cathay Pacific. Sky Arts in the UK signed up to syndicate five episodes of ACL this past spring, while Google and SubVRsive partnered to produce the VR series ACL Backstage.

All of these efforts were made possible by KLRU quietly creating for-profit subsidiary Austin City Limits Enterprises five years ago. As 501(c)(3) nonprofits, show producer KLRU and Austin City Limits must adhere to their designated community mission. Yet ACL Enterprises has a much broader range to pursue commercial opportunities that can generate significant revenue for the local PBS station in an age when traditional media struggles to stay afloat.

"This is a system universities use when they have a patent or a trademark that allows dividends to flow back up to a nonprofit," explains Gimbel of ACL Enterprises. "It also provides an added layer of legal protection and a different level of expertise, so you have people in this organization that are just dedicated to commercializing music television and music assets.

"What Terry Lickona does to book the show and everyone at KLRU does to edit and deliver the show to PBS, all of that remains pure and untouched," he emphasizes. "That will always be my mission – to not mess with Austin City Limits. But how can we create supporting ancillary opportunities based on the ACL brand and the ACL lifestyle? That's where festival extensions come in, or ACL Radio or an enhanced merchandise line or even a new television show. You can do things with that ACL aesthetic and the brand and heritage and legacy, while always protecting the mother ship."

When Gimbel joined Austin City Limits in 2011, he recognized the untapped potential of not just the PBS show, the longest-running music television show in history, but for ACL as a global brand.

"I was a hippie kid. It was a bizarre upbringing," laughs Gimbel. "I grew up in Fairfield, Iowa, on the Maharishi International University Transcendental Meditation™ Commune. My stepdad was a big Beatles fan, and the Maharishi was the Beatles' guru, so we got in the Volkswagen van and went from Philadelphia to Iowa. My mom took me to Woodstock in utero."

The heartland commune precipitated its share of conflict with local kids, but also exposed Gimbel to a bevy of international music imported by the school's foreign students and fostered in him a curiosity of cultures. The family moved back east when Gimbel was in high school though, and he found himself in the opposite environment: playing bass in a straightedge skinhead punk band. The violence of that scene eventually turned him off, and mid-Eighties Austin beckoned as an ideal music haven for attending college.

"I remember seeing The Cutting Edge on Austin, with Daniel Johnston, Zeitgeist, Wild Seeds, Joe King Carrasco," he recalls of the 1986 MTV series episode. "It was that and Austin City Limits when I started looking at colleges, and still being a fanzine kid, I wanted to be journalist and write for Rolling Stone. What I saw in Austin was just such a groovy scene."

While at UT, he interned for local blues and jazz imprint Amazing Records, which became a retail marketing position when he graduated. One day he heard Daniel Johnston dropping off a cassette with the receptionist and chased him down on the street.

"The first business card I ever gave to anybody was to Daniel Johnston," he says. "I just introduced myself and said I was a fan. Two weeks later, he called me and asked if I could be his manager. I'm 22 years old, I don't know what I'm doing, but he was very adamant about it."

Gimbel taking over Johnston's management, a position he still holds today, proved a contentious move. Elektra Records pulled out of a deal with Johnston, and Gimbel signed him instead to Atlantic, which released the pop savant's Fun in 1994. They dropped Johnston when management at the label changed in 1996, but Gimbel pressed forward with preserving his client's artistic legacy through other channels.

He set about establishing Johnston's reputation as a songwriter and artist, creating a brand that could lead new fans to an artist who rarely played live or recorded. In 2004, The Late Great Daniel Johnston: Discovered Covered offered covers from seminal indie artists, followed by 2005 documentary The Devil and Daniel Johnston. Today, his artwork is showcased at galleries around the world, and this summer, Apple licensed "The Story of an Artist" for an ad that topped Billboard's commercial charts.

"I saw this true artist that was unpredictable and raw, and honest and pure and childlike at the same time as extraordinarily brilliant," says Gimbel. "Young people who are really true music fans go through different phases of musical discovery, and Daniel Johnston has become a point on the arc of true musical discovery. If you're going to really immerse yourself in music, at some point in your life, someone's going to turn you on to Daniel Johnston. His story is remarkable and it will continue." 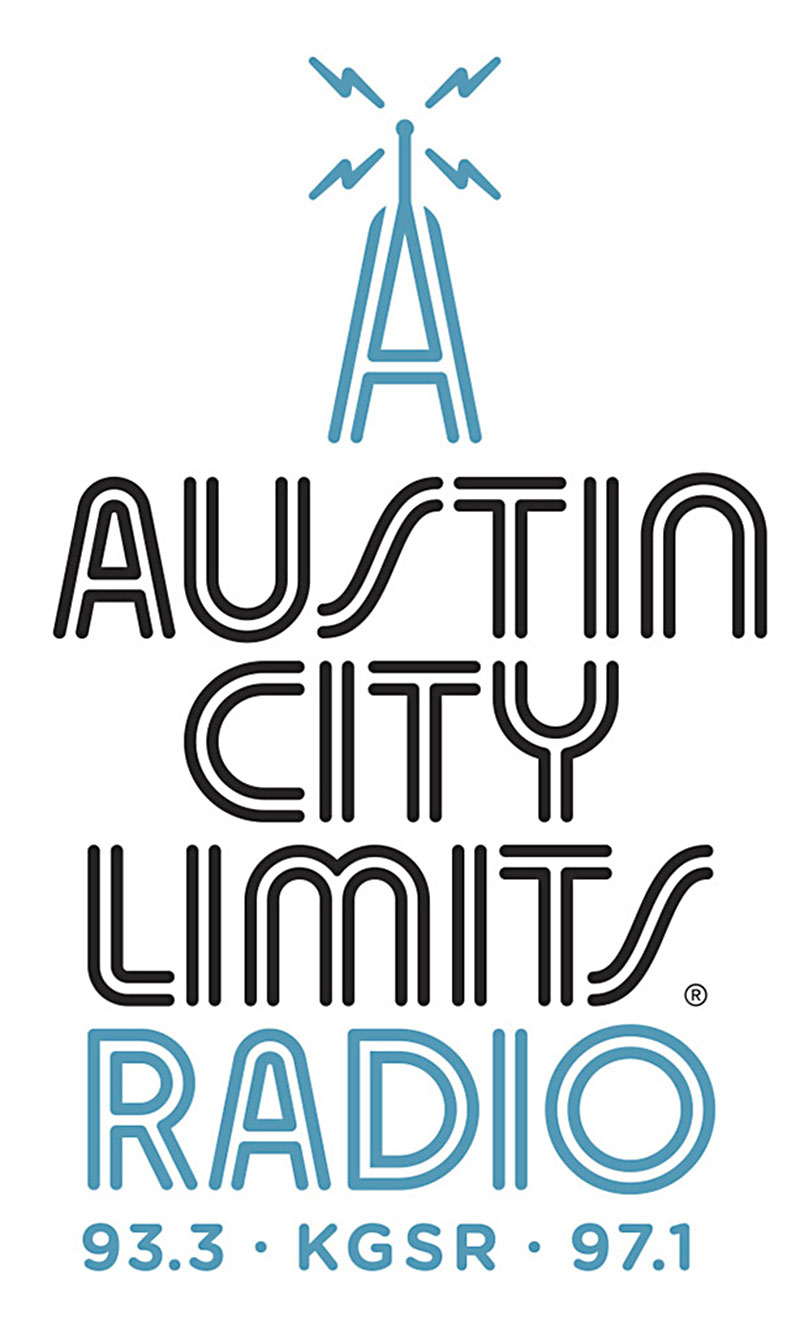 In March at the Auckland City Limits Festival, Gimbel considered what the "City Limits" brand could be as he watched a crowd gather to watch a young local band on one of the festival's side stages. He'd spent the past weeks meeting with media executives in Australia and New Zealand about potential partnerships.

Access to the entire 44-season archive of Austin City Limits in audio and television formats would be a landmark deal for a service like Netflix or Spotify.

"How far it can travel just amazes me," he offers. "Trying to cap that, I don't think it's a benefit. The more free it is and the more you extend it, so long as you choose the right partners, the bigger and better it becomes. I know we were really protective at one time, and for the right reasons, but now it feels like there is such strength in the brand that it's just got this freedom to go. I'm not afraid to extend, in fact, I'm excited."

"There's no BS with him," attests Charles Attal, co-founder of C3 Presents. "Tom is very pro-growth. He saw the opportunities and came and got ahead of it."

Gimbel acknowledges the unique balance of expanding the brand while remaining true to the show's core integrity. As with Johnston, it's a challenge of thinking long-term over short commercial gains, and choosing the right allies to achieve that.

"I don't want to change what Austin City Limits is, or evolve the program to be anything more than pure artist and audience connection," he emphasizes. "I'd like it to be a globally known and appreciated brand and music show. We know it here in Austin, and appreciate what the brand stands for, but the opportunity for audience development is still vast. We're still something only the hippest music fans know, and I'd like for people everywhere to know what Austin City Limits is and introduce people to artists. "

Apex of that goal for Gimbel is liberating the ACL archive, which means renegotiating the rights to past episodes that currently only allow for them to be shown four times over three years on PBS and doesn't account for the hundreds of hours of unaired footage. Access to the entire 44-season archive of Austin City Limits in audio and television formats would be a landmark deal for a service like Netflix or Spotify.

"Overall it's a good thing, but we just have to be very careful, as I know Tom is, in choosing our partners and deciding what we do with the brand that will be true to our core philosophy about the show and what it stands for," offers Terry Lickona, with a cautious consideration for the show he's produced since 1978. "I would be concerned if we made an exclusive deal with someone and they were only interested in the marquee acts and didn't want to release the more obscure episodes."

"Nobody is looking to just cash out, because we want this show to go on another 40 years," reassures Gimbel. "We don't want to be the Hard Rock Cafe. We don't want to be Margaritaville. It's about everybody who's involved with ACL and loves it so much, and how you cultivate the brand. From a pure music fan point of view, I want to get it out there, and however people are going to consume music, we want to be there."

A version of this article appeared in print on October 12, 2018 with the headline: No Limits 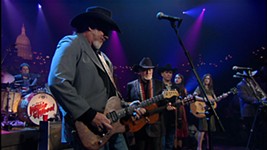 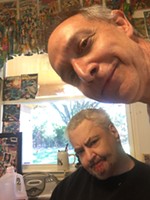 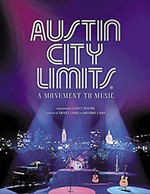