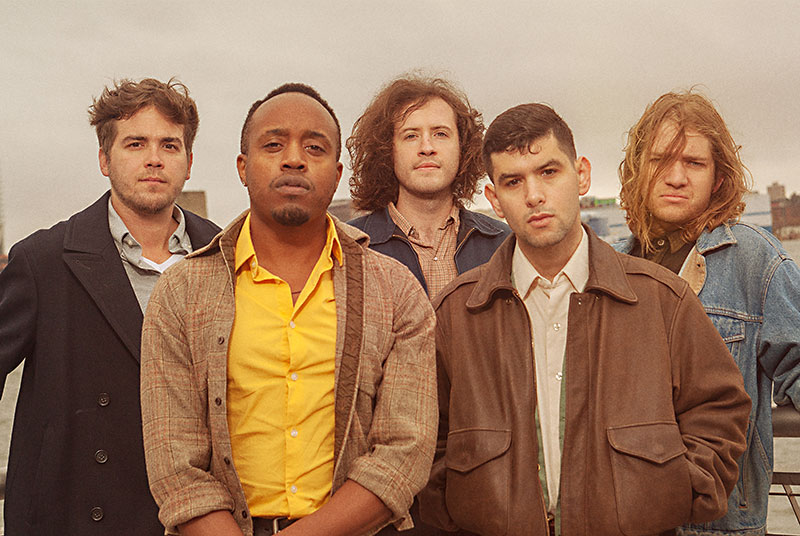 An eponymous debut on Ohio’s Colemine Records shares a vibe and aesthetic with the extended Daptone family of artists like the late Charles Bradley and Sharon Jones.


Durand Jones came up playing church music in the small rural community of Hillaryville, La., some 30 miles south of Baton Rouge. When he left to study classical saxophone in Indiana, he accidentally became a singer and landed a crack soul band in the process.

Teaming up with fellow music students Aaron Frazer (drums, vocals), Blake Rhein (guitar), Kyle Houpt (bass), and Steve Okonski (organ), the upstarts started laying down tracks on a Tascam 4-track cassette recorder in a Bloomington basement. Studio may be too generous a word.

"The sessions were a lot of sitting around and listening to 45s," explains Frazer, "and then going down in the basement and taking a really simple musical idea – something we loved, whether it was the way the drums sounded, or a chord progression – and turning that into a song."

That resulted in an eponymous debut on Ohio's Colemine Records that shares a vibe and aesthetic with the extended Daptone family of artists like the late Charles Bradley and Sharon Jones. Barely 30, Jones remains a dynamic frontman, but cedes the stage to Frazer for slow ballad "Is It Any Wonder?," which the percussionist blesses with a velvety falsetto.

"It was really strange," Frazer remembers. "I knew that style as sweet soul or doo-wop, but when we put out the record, that song in particular started getting all these comments online from Tejano people who were so excited about it. They talked about how it made them want to get into their cars and drive. That was our introduction to Chicano soul and lowrider soul. It wasn't an intentional thing at all, but they've become a real core part of our fan base."

Recently adding a cover of San Antonio's Sunny & the Sunliners to their live repertoire, the group figures to sweeten the pot with more sugary soul moving forward.

"It feels like we're carrying on a legacy that we didn't even know about," Rhein adds. "When you hear Durand belting and going crazy followed by Aaron singing super-sweet, the contrast really amplifies both of them."