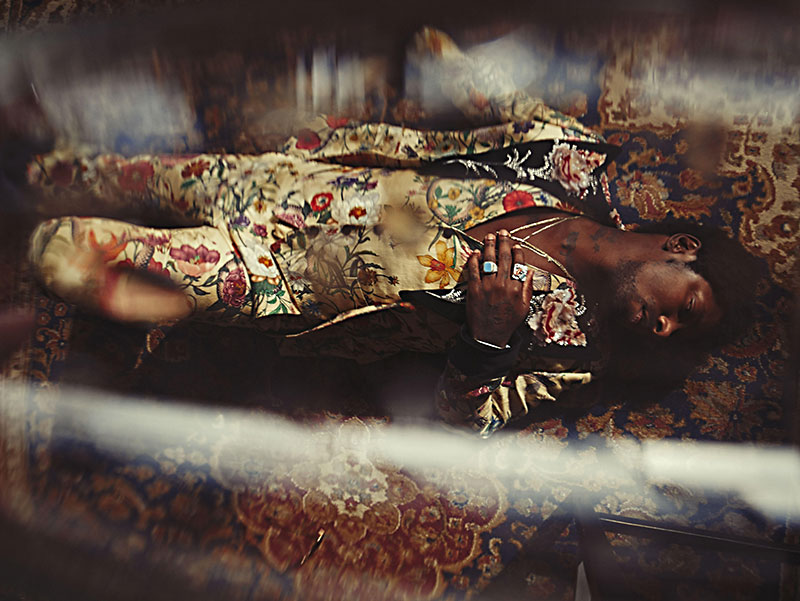 
"I try to stay as true as I can to the songs themselves, but I never want that to hinder me in the recording because the songs are going to live longer than anybody. You know what I mean?"

"That" which Atlanta soul raconteur Curtis Harding, 39, speaks of is the dense atmospherics he utilized on last year's Face Your Fear, reminiscent of Marvin Gaye's What's Going On. They aren't employed more often because such a magnificent "wall of sound" comes with a price.

"Its kinda hard to facilitate and it's expensive sometimes," he says. "You can't record in that setup unless you have a big budget."

Raised in the Mennonite church, Harding is the son of Dorothy Harding, a still-touring gospel singer. His amalgamating "slop 'n' soul" conveys blues, rock, gospel, psychedelia, and R&B from the primes of Curtis Mayfield and Motown. Informed he possesses an old soul, Harding reveals that the generational differences within his household contributed to this quality. His father is 89, and Harding's mother is 27 years his junior.

"Just being around older people my whole life, I wanted to be older than I was," acknowledges the singer. "My goal when I was a kid was to be an old man. That's what I was around. I wanted to be that old guy sitting on the porch."

Harding appeals to all demos, but his strong suits lie in his founded maturity. The talented soul man is slowly becoming the old man on his porch.

"I will be 40 next June," he says. "I've lived a life, and I am still living life. I'm making music for people that understand what I am talking about. If you understand, and you dig it, then I am down with you."