Playback: Everyone Keeps Asking Me for ACL Fest Passes 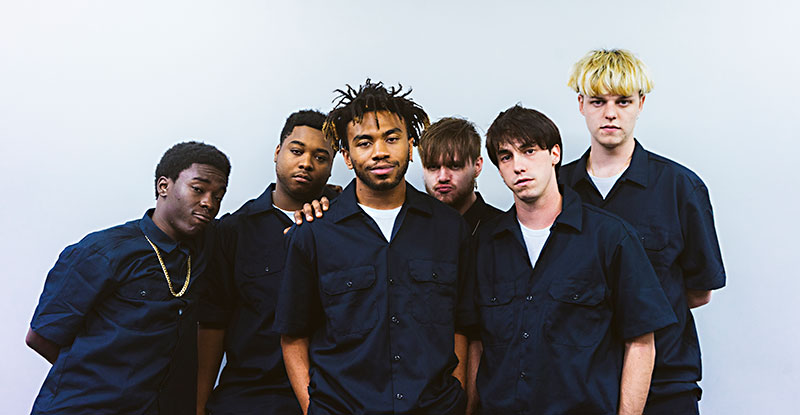 Solicitations have kept a steady clip since the lineup dropped in May. Friends, family, and vague acquaintances all ask: "Hey man, any chance you can score me a pass to ACL Fest?"

The answer is no, uh-uh, hell nah.

I regret to inform you that organizers of Austin's largest outdoor music event don't mail me a manila envelope full of wristbands to dole out to my social circle. I wish they did. This happens every year, but the requests have quadrupled in 2018.

Everyone wants to get inside the gates for this weekend's sold-out proceedings at Zilker Park. Here's why?

Must Be the Headliners

Just because Metallica's the Eddie Murphy of metal – brilliant in the Eighties, then curiously weak thereafter – doesn't mean they don't draw. The Bay Area thrash metal foursome's first Austin festival appearance, excluding a surprise appearance at South by Southwest 2009, prompted ACL's Saturday passes to sell out before all others. Expect a sea of banging heads cued by the opening riff to "Seek & Destroy."

Having not slotted a heritage headliner since Lionel Richie in 2013, C3 Presents now brings forth a Beatle on Friday. The best-looking member of the planet's most universal band leads this weekend's biggest sing-alongs with material he penned: "Hey Jude," "Let It Be," "Yesterday," "Ob-La-Di, Ob-La-Da," "Eleanor Rigby," and "Blackbird." This is premium value Macca; scoring floor seats to any gig on McCartney's forthcoming Freshen Up tour will cost you more than a weekend pass to ACL.

Or Maybe the Underground

Noname Fri., 2:45pm, HomeAway stage
A clever lyricist with a commanding sense of self, this Chicago-based Chance the Rapper associate with a jazzy band issued a best of 2018 LP with Room 25.

Shame Sun., 12:15pm, Honda stage
Commonly uttered words at SXSW in March: "Holy shit. Did you see Shame?" The young, South London quintet's frontman doesn't sing pretty, but he might be rock's next great frontman: a reckless poet with zero-bullshit vocal delivery, who puts every cell into performance. The group's Dead Oceans-issued Songs of Praise, a platter of engaging post-punk with driving beats and unusually tidy guitar parts, has had rock critics hyperventilating (see this issue's ACL Fest supplement).

After self-issuing an astonishing three LPs in 2017, the self-styled "boy band" – more accurately a scrappy, 14-member art-rap collective – signed a $15 million RCA deal and currently sits atop the Billboard charts with fourth album Iridescence. This is after the sexually inclusive group, whose leader Kevin Abstract is gay, kicked out founding member Ameer Vann in May amid allegations of sexual misconduct. As such, Brockhampton's first major local festival appearance arrives with atomic intrigue, especially factoring in that the L.A.-based unit was founded in San Marcos and key member Merlyn Wood hails from Austin.

ACL remains Austin's most pop-chartable festival. Here's where the 2018 lineup stands on this week's Billboard 200:

Travis Scott, Birds in the Trap Sing McKnight, No. 107

Austin City Limits, the long-running PBS show that inspired the ACL Fest brand, tapped modern R&B wunderkind Khalid for a taping on Wednesday. The local institution continues to pull festival talent for its 44th season this week with a capturing of Residente on Sunday and Janelle Monáe on Monday.

Lisa Loeb fans blew a gasket when ACL Fest's poster was unveiled and her name appeared in tiny font at the bottom. That's because she's playing the Austin Kiddie Limits stage on Sunday, 4:30pm. The "Stay (I Missed You)" singer's 15 years of children's songwork earned her a 2018 Grammy for Feel What U Feel. Loeb plays a grownup gig Monday at Scoot Inn.

Snoop Dogg performs at the Summit Rooftop Lounge on Sunday night. The show's hosted by Bumble, the Austin-based dating app on which women make the first move.

Getaway Plan: ACL Fest has added a fourth exit, on the east side of the HomeAway stage, so you can get the hell out of the park faster at the end of the night.