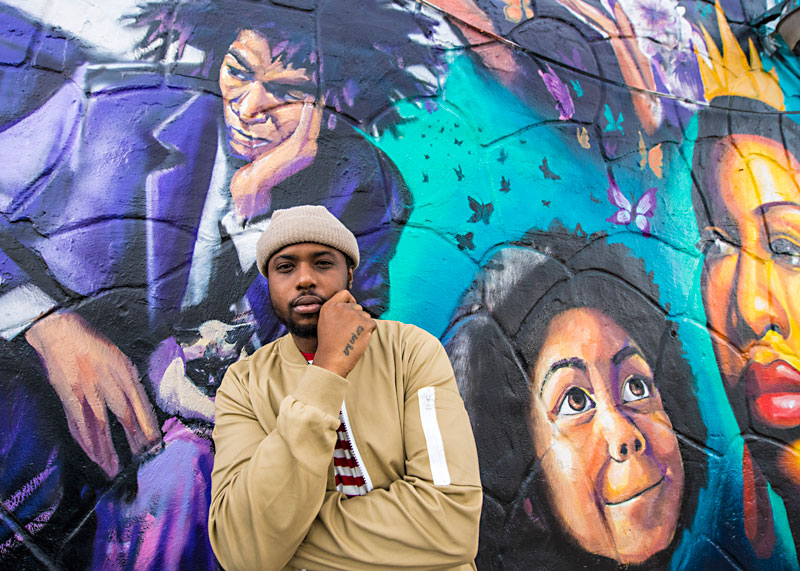 "Man, that's Austin," says rapper Tank Washington, of his younger brother/multihyphenate Randell "Kydd" Jones' larger industry glow outside of the capital than within it. "There's no way that you can explain that. Look at the boy's résumé."

"At some point, you're like, 'What more can you do?'" asks Jones. "I've checked off everything I wanted to do in the city, the stuff you do when you're trying to get on or come up. I've played the festivals, shaken all the hands.

Soul/jazz vocalist and poet Gil Scott-Heron, a tortured soul, once wrote that home was where the hatred is. Perhaps that sort of deep frost rings too intense in the curious case of rapper/producer Jones' relationship with his hometown of Austin, and the city's larger connection with hip-hop culture. However, as a well-connected, broadly accomplished artist, who in the last decade has taken Austin hip-hop as far as anyone, it's a wonder why Jones hasn't received the boost of the machine's invisible hands.

The 30-year-old is the second-oldest child of seven, raised mostly in Austin's Southside to music-loving parents who, at times, got caught up in the street life. Even so, they infused healthy doses of Nas, Fat Pat, Mary J. Blige, and DMX into their home. It didn't take long before a proclivity for performance reared up amongst the brood.

"It started with me, and my brother, Tank," says Jones. "He started rapping before me, at 10 years old."

Despite their father deciding against an earlier career opportunity, Tank and "Kid," as he was initially known, became prodigies in a short-lived teenage rap group called Impac, which released a swaggering, Billboard-charting debut album, Almost Famous, in 2006. Following the dissolution of Impac, Kydd, Tank, younger brother Randy, and friend Cory Kennedy started LNS (Leaders of the New School) Crew, which evolved out of an earlier aggregation called Southern Boy Entertainment. In the beginning, efforts by LNS centered on heavy bar play. At this point, in his early 20s, Jones lived in gladiator mode.

"It's different now," says Jones, "but back then, if you wanted to rap, people would be like, 'Rap.' You couldn't get up there and not say anything. You had to have bars.

"I remember times you go into the [freestyle rap] cipher; you didn't get into it right away. People in the outer layers, those are probably rappers too, but they aren't ready. Guys in the inner circle? Those are beasts. We were always the beasts. You could take me to any park or club, and I'd stand outside and outrap anybody."

Members of the LNS Crew found themselves supported by Red Bull's incubator music academy, which kept them afloat financially, along with management that kept them abuzz on the then-all-important music blogs of the late 2000s and early 2010s. After their run with the energy drink brand, and following the widespread decline of bloggers' dominion over cultural opinion, the young crew found itself out in the wind.

"We were doing it all," says Oregon native Kennedy, who now sings R&B as KNDRX. "We were on the national tours; we had tracks with Yelawolf and the Cool Kids. It was poppin' at that time. We were coming up when all of the people that are legendary now, like J. Cole, came through. We were right there on the same wave, but it's like we missed it.

"I think about that shit all the time," he continues. "I don't wanna say that was our peak because I feel like we haven't even reached the peak, but that was the time, you know what I mean? Like right then."

"He's always done a great job of being right there with it or ahead of it," says Kennedy. "I think his strongest asset is just like knowing what's hot."

The rhymesayer dropped two well-received projects, The Sounds in My Head, Pt. 2 and The Righteous LP, in 2012. Then the bottom fell out of the so-called blogosphere. A hitch in consistency also slowed Jones' solo progress.

"There was a point where he was dropping consistently, then we found ourselves waiting for his GR33D project, and it never came," recalls Aaron "Fresh" Knight, co-host of KUTX hip-hop show The Breaks. "He was gaining a lot of steam during the blog era, but once that ended and blogs were no longer the go-to source things got kinda quiet."

In the course, Jones made temporary stops in New York City and Atlanta, which provided him with industry insight and new relationships. The moves led to a current and parallel career in a creator/producer capacity for other artists, including homegrown guitar god Gary Clark Jr., rapper Stalley, and Houston's Kirko Bangz. Changes also meant failing friendships with others, including talented Austin-born, L.A.-based singer Max Frost – from which pride-shelving patching would benefit both men, even with Frost's major label push. Relationships aside, Jones has never been better, his sound more nuanced than ever.

"Now, he's a lot more concerned about song structure," says Qureshi. "Part of it is just the way that the rap game has gotten now, where it's a lot more focused on catchiness and songwriting, as opposed to just straight-up lyrics or poetic ability. I think part of it, too, is just wanting to be recognized by the Austin culture and the Austin media, and to do that you have to be more than just a rapper."

Fast-forwarding to 2018, with fresh representation and a new publicity team, Jones continues his upward arc. New fatherhood has also added considerable emphasis. Central to this trajectory is the new, dynamic Homecoming, a collection of soulful, trap-inflected singles with newer puzzle-fits of tracks. The tight album (revisit "Texas Platters," Sept. 7) fully espouses Jones' great strengths as a writer and curator of sounds. The still fresh "MIA," which has actually been available for consumption since 2016, explains his desires: "I came all this way, to get my way."

"I've done so many things at this point, I can't stop now," states Jones on his journey, with a touch of loft. "It's like Picasso or Basquiat. When they painted, they weren't thinking of how great it's going to be. That's others' perception. They were going with what moves them.

"Everything I do is what moves me, my soul, and my heart. As long as I'm doing that, I'm winning."

“Revenge” (2017) Jones taps into island flavors and Auto-Tune for this breezy track about a physical sidepiece relationship.

“WRU” (feat. Kirko Bangz) (2014) Crooning over spaced-out trap, the MC wonders who people think they are in questioning his movements and motivations.

“Work” (2017) A sturdy, all-too-brief track about their ethic, Jones teams with his talented precursor/sibling Tank Washington. 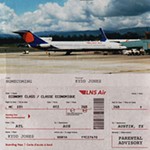 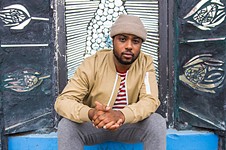 Kydd Jones
After backing all kinds of rap/R&B/soul luminaries, Kydd Jones is putting his own sound on the front burner