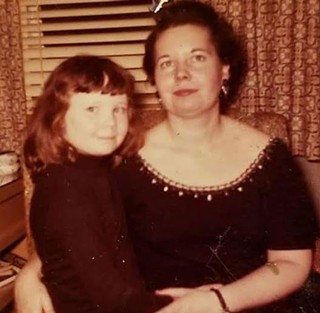 How does this first show compare to the following ones seeing as you were such an active concertgoer in the Sixties? It was incredibly exciting, especially for an 11-year old! Pure, unadulterated joy. It was at an actual roller rink with lots of colorful lights and loud music. It was close to New Year's Eve and people were all dressed up for the show. I even have a photo of my mother and me at a friend's house before the show. I sang and danced to my heart's content, and after the show I had hoped to meet Freddy, but it didn't happen.

That show was the beginning of a lifelong love of live music.

What were your family circumstances that allowed you to take in so much live performance? My mother and grandmother were incredibly strong supporters of my music addiction. My mother had a beautiful voice and sang, not professionally, but around the house, in church, wherever. She bought me an Alice in Wonderland Victrola when I was only 5 or 6. My first 45 rpm record was "The Ballad of Davy Crockett." My cousins owned a hotel with a bar & restaurant, and whatever records their son didn't want off the jukebox came to me. I loved music from the beginning. My grandmother said I came in from playing one day and told her I had written a song. She asked me to sing it and I began singing, "That'll be the day when you make me cry." I was apparently not above plagiarizing Buddy Holly.

Why has a life of live music held such continuing fascination for you? There's an immediacy, a vibrancy, a resonance, a passion that comes with live music that can't be replicated in any other format. In some cases, it's simply because of the band itself, but often it's the feeling of finding your tribe. Nothing compares to being in a room full of fans of your favorite band – unless it's the thrill of being in a room full of people who haven't heard your favorite band yet and that moment when they become enthusiastic fans as well. 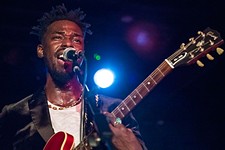 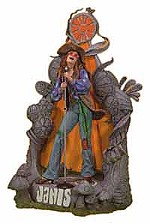 Dancing About Architecture
The Austin Music Awards lineup starts to trickle out.