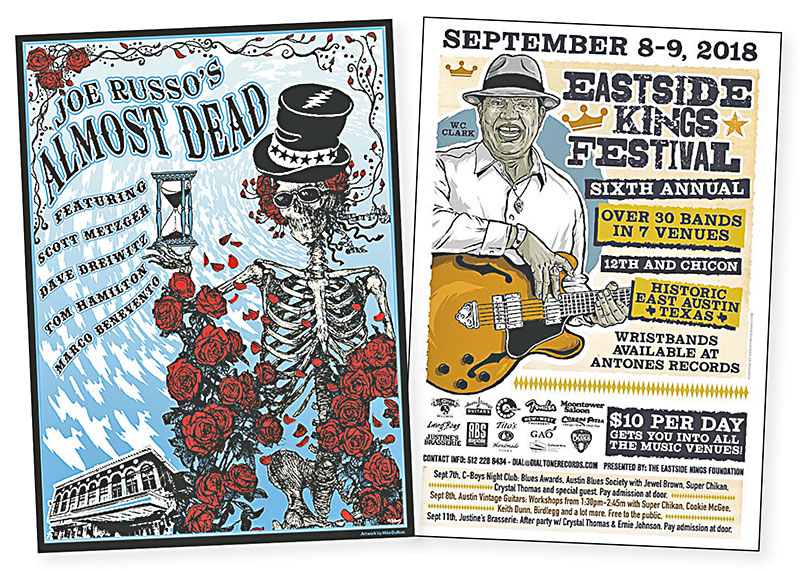 Despite Waterloo Records announcing last Saturday that it filed suit against promoters Jam Fest LLC over the use of the name "Waterloo," this inaugural congregation of jam bands at Carson Creek Ranch happens daily this weekend, 11:30am-1am. Day passes start at $69; weekend wristbands are $179: www.waterloofest.com.

Joe Russo's Almost Dead
Saturday 8, Waterloo stage, 6:30pm
Joe Russo didn't grow up a Grateful Dead fan. So when Phil Lesh and Bob Weir recruited him for Furthur in 2009, insecurity abounded. Between sets at the band's debut, Russo apologized to Weir for feeling tense and stuck in his head.

"That flipped a light switch on for me," says the New York-based beatsman. "I needed to have fun with it. The Dead is such a loving experience and the enormity of it – even when you're playing Madison Square Garden – doesn't factor into what's happening between the band and crowd."

In 2013, on a whim, Russo and a group of friends including Ween bassist Dave Dreiwitz, singer/guitarists Tom Hamilton and Scott Metzger, and keyboard guru Marco Benevento, played a set of Grateful Dead covers at a NYC party. In the ensuing five years, Joe Russo's Almost Dead has become a Deadiverse favorite. With Furthur no more, JRAD continues Russo's Dead studies.

"It's been such an education into an incredible American folklore," says Russo. "For me, it's been a slow study over a decade, but the songbook's there and it's up to people how they interpret it."

"I try to occupy both territories as much as possible, keeping a propulsion going with a traditional drum set part, then adding in flourishes here and there," he reveals. "It's like the left side of my body is Billy and the right side's Mickey." 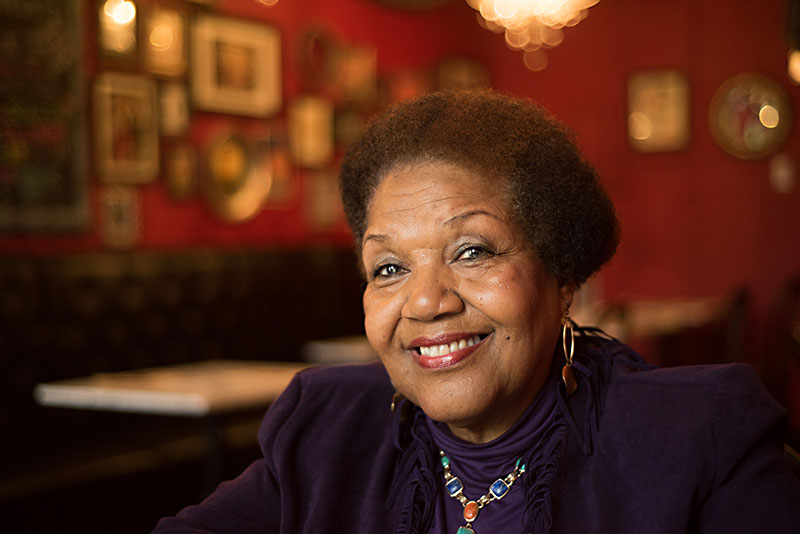 Jewel Brown
Friday 7, C-Boy’s Heart & Soul, 11:20pm; Saturday 8, Mission Possible parking lot (1100 Chicon), 7:45pm
Jewel Brown exited the music industry at the peak of her career. In 1971, she finished headlining the Sahara in Las Vegas, then returned home to Houston to care for her ailing parents. Any regrets?

"Oh no! I would have regretted it if I hadn't come home for my mother and daddy to see me and feel me," Brown declares.

A child prodigy discovered at 9 through a Fourth Ward talent show, the blues and jazz singer soon found herself playing paid gigs in segregated venues. In 1961, after working with notables like Joe Sample, Lionel Hampton, and Earl Grant, the Texan joined Louis Armstrong's band, with whom she "went around the world three and a half times." The bandleader ceded center stage nightly to the charismatic Brown, belting bulletproof versions of "Lover, Come Back to Me," "I Left My Heart in San Francisco," and a spectacular version of "Jerry," the classic work song about a lumberjack and his mule.

"When I was with Louis, we did the Riviera and little did I know the song's writer was there," she recalls. "After I finished it, he hollered so loud – 'Whooooooooo' – that everybody knew Harry Belafonte was there. Baby, I still cannot do a show without it. People just want to hear it!"

After a long respite from the stage, Brown returned in the Eighties. She cut a live album with Arnett Cobb and Dizzy Gillespie and, more recently, a studio LP with fellow H-towner Milton Hopkins. At 81, she remains a powerhouse vocalist.

"I can still sing in the same keys as I did when I was 16," she confirms. "People say if you don't use it you lose it, but I never lost it. Grace, mercy, and favor, baby, that's a blessing."

Cookie McGee
Saturday 8, Big Easy Bar & Grill, 8:10pm
Tight curls and a Gibson SG make Cookie McGee look like Sister Rosetta Tharpe, but she plays and sings like Mavis and Pops Staples combined – albeit more bluesy. The Dallas-raised artist took notes from her neighbor, Texas blues great Freddie King, and once wowed a crowd at the Armadillo World Headquarters sitting in with him.

Ernie Johnson
Sunday 9, Mission Possible parking lot, 6:15pm
Boasting an emotive and magnetic soul-blues presence akin to Bobby "Blue" Bland and Otis Redding, this sharp-dressed Dallas microphone man's singles stretch back to the late Sixties. On "Lovin' You" and "Narc Man," he's got something for the ladies and the fellas.