After supplying a scientific breakthrough, this Austinite improves one show at a time 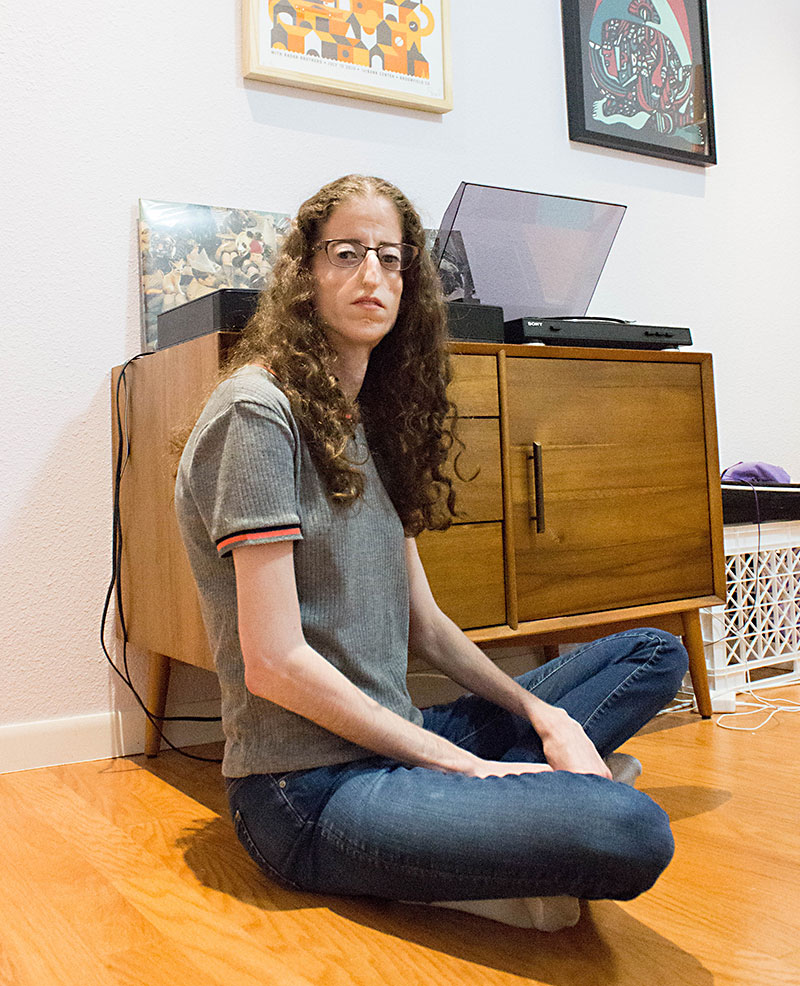 When Abby Solomon dropped out of college, she picked up the hobby of so many meandering Austinites in their early 20s: local music. Far from the archetypal Slacker townie navigating existential quandaries, she sought convalescence from a round of surgeries necessitated by her extraordinary genetic condition.

"It eventually came to a shitstorm of my eyes, body, and brain all not working together," recalls Solomon.

Standing 5 feet, 10 inches under long, curly tendrils, she typically weighs around a mere 100 pounds and bemusedly admits sporting children's wire-frame glasses (accented in leopard print) to match the narrow bone structure of her face. Solomon's rare disorder, neonatal progeroid syndrome, prevents the 23-year-old from gaining weight despite frequent small meals demanded by an irregular appetite. When heading out to a show for the night, she packs snacks to nibble on about every other hour, but she gets full fast.

Nevertheless, Solomon is the kind of fan to arrive early. She thanks the bands and buys merch, including a T-shirt from local pop project Daphne Tunes. The hushed indie rock subset occupied by Austin acts including Hovvdy, Lomelda, and Ama engross her.

"I usually find out about local bands through seeing them as openers," explains the ardent fan. "Julia Lucille was the first one, and it just kind of opened up from there. Everyone's so freaking talented."

Her active music consumption developed while "super isolated in bed with an eye patch." She speaks with a quiet, self-assured openness, perhaps the result of invasive questions from strangers about her health and well-being. That transparency aligns with an internet generation adapted to candidly lament experiences with anxiety and depression.

Caused by a mutation to the FBN1 gene, Solomon's rare syndrome destroys the soft layer of fat under her skin, allowing for damaging disfigurement to her eyes and nose. Years ago, pain and complications eventually forced her to leave the University of Texas after two years of study. A relentless regime of surgeries required recovery for much of 2015 and 2016.

Through a haze of pain meds and post-dropout devastation, she started cruising niche music blogs like Gold Flake Paint and the locally based Portals, building on her established love for experimental standards like Animal Collective.

"Finding new music takes a lot of commitment," says attests. "After dropping out and having all these surgeries, I returned to it as a coping mechanism. That's when I got really into it, especially meaningful lyrics. It helps to know that you're not the only one going through hard stuff."

From a young age, Solomon donated blood and skin samples to scientific research. For Dr. Atul Chopra at the Baylor College of Medicine in Houston, she spent 24 hours in a metabolic chamber to monitor her breathing and food intake. Unable to complete college with the goal of working in pharmacology, the science lover found purpose in the voluntary poking and prodding.

"The small, minute details of science can completely change who you are," says Solomon. "If I didn't have my syndrome, I wouldn't have all the hard experiences that I've had, but also the great ones like the research. I've had so many doctors help me, so I want to help others in the same way."

Asprosin regulates blood glucose levels, helping to control appetite and body weight. Turns out, Solomon doesn't have enough of it, while people suffering from diabetes and severe obesity have too much. The findings opened the door for future treatments that could potentially benefit millions of people living with type 2 diabetes, leading to national features on Solomon by The New York Times and CBS News.

Chopra connected with Solomon through Lizzie Velásquez, another woman with neonatal progeroid syndrome. Out of the fewer than 10 reported cases of the syndrome in the U.S., Solomon and Velásquez both live in Austin.

"It boggles my mind, really," says Chopra, who still studies asprosin. "The whole discovery would not have happened if our paths hadn't crossed, and something of value to all of society has come from that."

Velásquez became an anti-bullying advocate after online trolls deemed her the "world's ugliest woman." Solomon, whose features are less prominently impacted by the disorder, is often perceived as being severely anorexic, as well as older than she actually is. Living with her sister Sarah in a quaint Hyde Park condo decked out in feminine West Elm accents, the Austin native and one of six total siblings moved in last spring. She attended her first South by Southwest after being encouraged by a Twitter interaction with now-defunct Indiana group Hoops.

The outing marked her emergence from an online scene admirer to in-person attendee. With health complications still holding her back from continuing college and employment, going to concerts became her post-surgery stepping stones back into the real world.

"There's so many incredible music opportunities here," nods Solomon. "I didn't want to take that for granted, so I started trying to go to at least one show a month, and I've been doing it for a year. I'm trying to get back to being a social human being."

Still struggling with eye pain and back problems, all originating from her singular genetic aberration, she says things are nonetheless settling down. Her days are loosely occupied with doctors' appointments, tracking independent label releases, scrolling the endless stream of local concert events, and helping out her parents. She's hoping to get a job soon.

Solomon's last round of eye surgeries have finally healed into her clearest vision yet, allowing her to see "the details on leaves, the craters of the moon, and little things like butterflies," all for the first time. Lately, the mood uptick has pointed her toward what she describes as the "immediacy" of jittery, upbeat guitar acts like Omni, Corridor, and Lawn.

"I have music on all the time no matter what I'm feeling," she says. "It's just a comfort. You can lose yourself in it and not think. That sounds cliche, but it's really true. It's just something that's there for you."

Hovvdy, Cranberry (Double Double Whammy)
"Has a sweet sadness to it that's like remembering a fond, cozy memory through a grainy lens. Perfect for a night drive home."

Daphne Tunes, Volume 1 (Two Moons)
"Feels likes the sun wrapping its warmth around you after you've taken a swim in cool water. Perfect for a nice walk on a tree-lined sidewalk."

Loma (Sub Pop)
"An album that demands your time and attention to fully appreciate the spaces the songs inhabit. Filled with swelling, retracting instrumentals and quietly powerful vocals. Perfect for a calm and rainy evening."

Sun June, Years (Keeled Scales)
"It's that friend you can always talk to, and they'll listen with genuine interest or just sit with you in comfortable silence. Perfect for sinking into the couch with headphones on."

Why Bonnie, Nightgown (Sports Day)
"Invites you to quiet your thoughts, shed your stress, and immerse yourself in the infectious sounds. Perfect for dancing around a sunlit room."

A version of this article appeared in print on September 7, 2018 with the headline: Stepping Stones 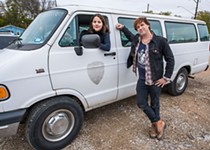