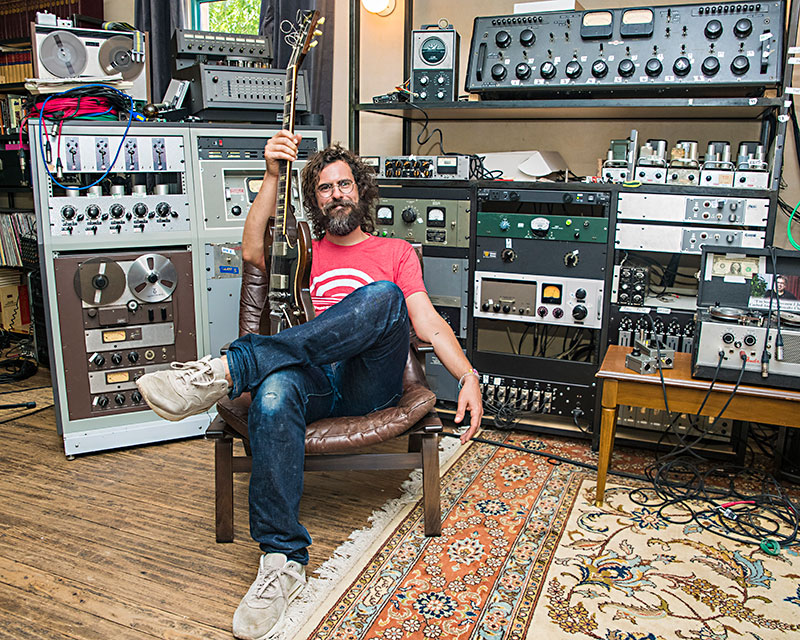 The front lawn of White Denim's Radio Milk studio is green and lush – not scorched earth like most Austin yards in late August. Bandleader James Petralli attributes it to a heat-tolerant, multi-seed turf mix he planted and waters meticulously. This is the kind of thing you become concerned with when you stop drinking and smoking weed.

Petralli admits he'd been "going too hard" and it affected his creative consistency. He delegated too much in the studio and his guitar chops started slipping.

"I started feeling like an impostor in my role, and needed to get some clarity to be better for my bandmates and my family," he confesses.

Inside the renovated Eastside home that Petralli and a few partners, including White Denim bassist Steve Terebecki, converted into a studio last year, engineer Jim Vollentine leads a small crew working on a track written by former touring member Michael St. Clair. Maybe you'll hear it on the band's next album or the one after that.

Recorded by noted British producer Ethan Johns, Stiff captured the Austinites' soul-rock impulses by employing many first and second takes. Petralli – not exactly a perfectionist, but certainly a musician who'll sing a song 37 times to get the vocal track he wants – still cringes when he hears the LP.

White Denim's at their best when they're able to grind in the studio, unencumbered by producers. See their first five albums for proof. That's why Radio Milk is a game-changer, becoming their playground for studio experimentation much like the Airstream trailer where they cut their first few efforts using primitive Cubase software on a shitty Dell computer (revisit "Mothers of Reinvention," Oct. 23, 2009). Except Radio Milk is much nicer.

The first White Denim album to emerge from the compound is Performance. The self-produced platter, arriving Friday, is the genre-smashing subterfuge of prog, pop, rock, and jazz fusion that their core fan base adores. More than their last two albums, it walks the razor-thin tightrope between music geek obscurity and mass appeal (see our review of Performance).

"We're always on the brink of understanding what's cool and what's not cool," grins Petralli. "We like Weather Report a lot, but you don't talk about Weather Report when you're pounding whiskeys in a cool bar. The first four Yes records are widely relatable, but the Residents generally aren't – and neither is Beefheart. We try to sneak those ideas into pop songs to turn people on to that music."

Part of the 12-year-old band's durability comes from the freedom to swap members. Petralli and Terebecki remain White Denim's founding core, while the rest play musical chairs. Young Michael Hunter now mans the keyboard. Conrad Choucroun drummed on Performance, but has since been subbed out for Greg Clifford. The latter's fourth show in that role will be on national TV, Thursday, when they play Conan. Two days later, the quartet gigs two sold-out sets, 6pm and 10pm, at Mohawk's way-too-small inside room.

While it may seem counterintuitive, the fact that White Denim is no longer affiliated with a label means they may be entering their most productive era. Contract with Downtown Records completed, future releases will be as one-offs. The current album arrives courtesy of Germany's City Slang. Petralli wants to record constantly and accelerate through the usual downtime of standard album cycles.

"Having new material to work on is what keeps us engaged," he states.

Many bands don't make it to seven albums and, if they do, their best material is often behind them. White Denim's increasingly flexible creative model – loose lineups, unlimited studio time, and no lingering label obligations – means they might have five, or even 10, more records in them.

"I still haven't done it right, ever," reveals Petralli. "There are one or two songs on every record that I'm like, 'Whoa, we did it there,' but I want to make a truly great record. I push myself really hard in every possible way, but I still haven't gotten there yet." 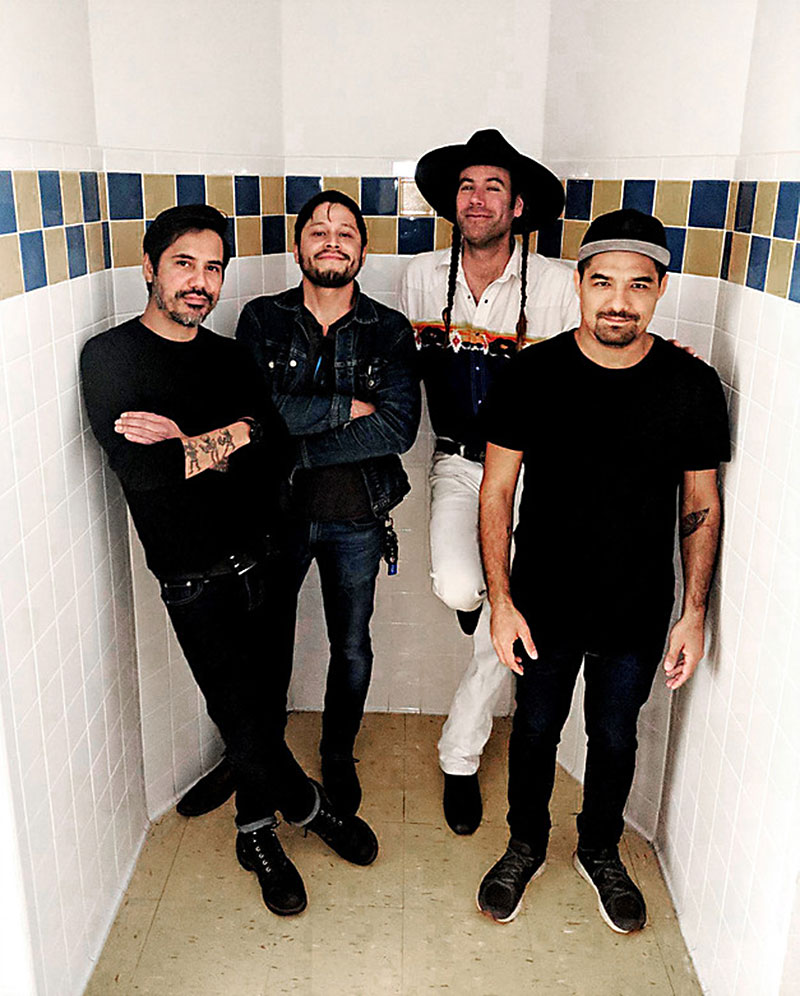 "As a kid growing up in the valley, my mom was always playing the Mexican radio stations from across the border," recalls Nelson Valente Aguilar. "So my first influences were Mexican pop, like Juan Gabriel, plus Norteño, Tejano, and cumbia. Later, synth music became a big part of my life: Kraftwerk, the Human League, and the Cure's Disintegration."

Youth's disparate inspirations of traditional Latin music and European keyboard bands accounts for the multifaceted sound of Como Las Movies, the Austin-based quartet for which Aguilar serves as the songwriter, multi-instrumentalist, and visionary. Their latest EP, appropriately titled Nuevo Wave, builds off a bouncy cumbia foundation of organic percussion and electronic beats, then integrates it with layered synths, electric guitars, and the strum of charango, a Peruvian lute. The five-track effort, co-produced by Beto Martinez of Grupo Fantasma and Brownout, features a pair of grooved-out, reverb-laden instrumentals that sound expressly cinematic, but thrives on spacey Latin pop tunes featuring the emotive singing of Rene Chavez – all en español.

"Writing in Spanish was the most natural thing to do for these songs," explains Aguilar, who teaches fifth grade in a Southeast Austin public school. "Some would even consider it to be political and, in a sense, it is. It's a big 'fuck you' to what's going on now with the current administration and this guy who's saying awful things about Mexico. That's where my family comes from and we speak Spanish, so there are new layers to it now."

Como Las Movies releases Nuevo Wave on cassette this Saturday with a release show at the ABGB.

Aquantis Griffin, a 21-year-old aspiring rapper from Baton Rouge, was shot dead by eight Austin Police officers after attending an NBA Youngboy show last Thursday night at Terminal 6 on Sixth Street. According to reports, Griffin was among several men ejected from the concert for fighting, which continued in the street. Responding to alleged gunfire, officers reportedly sighted Griffin running with a gun and opened fire. In 2016, NBA Youngboy, also from Baton Rouge, was arrested for out-of-state charges before a performance on Sixth Street.

Beth // James' song "Lion Eyes" soundtracks the new Spike Lee joint BlacKkKlansman. The Austin duo originally submitted a tune to Lee during an open call for music in his She's Gotta Have It Netflix series, but the famed director saved it for his feature. Beth // James placed in the Top 10 in the Best New Band category of last year's Austin Music Awards and co-vocalist Mikaela Beth Kahn also charted as Best Female Vocalist. The smooth-voiced indie folk group performs at the Native Hostel on Sunday. 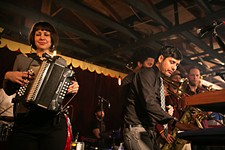