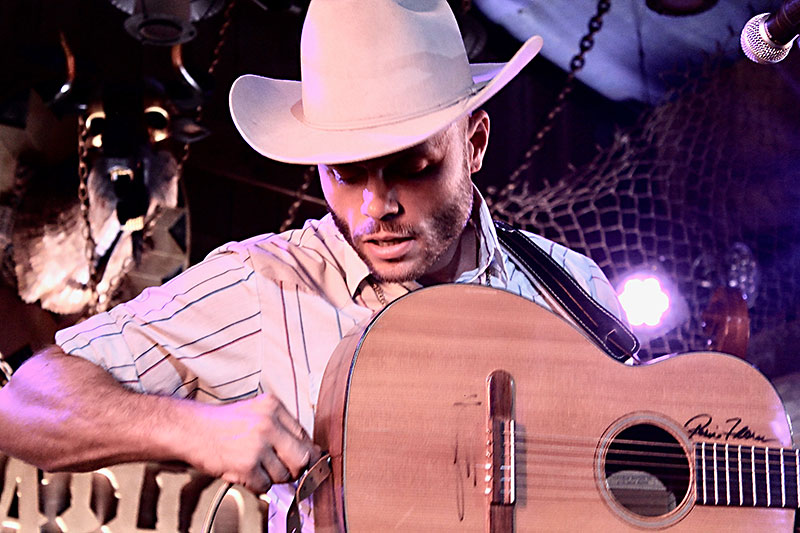 "Give it up for Pickathon! I think there's officially more Austin bands playing here than at the Austin City Limits Festival," commended Shakey Graves in the midst of his set last Saturday night in Oregon that drew thousands to the festival's largest stage.

Nonetheless, Graves – a certified Pickathon darling making his third appearance since 2013 – was on to something. The gathering hosted more ATX acts per day and per capita than ACL Fest, and they weren't relegated to early afternoon slots. Instead, they stacked up with marquee talent.

"Pickathon! Someone please call my mother and tell her I'm never coming home," David Ramirez entreated on Saturday, one night after "popping his trippin' cherry." Soon thereafter he ripped off his shirt during Glorietta's boisterous rendition of Garth Brooks' "Friends in Low Places."

One of the few Austin projects worthy of the term "supergroup," Glorietta possesses considerable intrigue. Coming into Pickathon, the band – led by Matthew Logan Vasquez and featuring Ramirez, Adrian Quesada, Wild Child's Kelsey Wilson, Noah Gundersen, Jason Robert Blum, Brendan Bond, and Judson Johnson – had only played four shows. None were in Austin and two were at the prestigious Newport Folk Festival the previous week.

They're the Traveling Wilburys on a bender, a five-frontperson party band with midsong cigarette breaks and a clear priority to have a shitload of fun onstage. On Friday, when they exploded onto the festival's woodland bandstand, forgotten lyrics were laughed off, but the music never sounded shambolic as Wilson's violin and Quesada's guitar handled the melodic heavy lifting.

Pendarvis Farm, just a song or two southeast of Portland, looks like a Bob Ross painting: happy pine trees, rustic barns, and snow-capped Mt. Hood in the distance. There, over the last 20 years, a very specific version of the music festival experience has been developed, one bearing little resemblance to America's mainstream festival scene.

First off, Pickathon caps ticket sales at 3,500. That's not counting considerable volunteers and toddler populations. Better still, artists perform twice, so fans don't stress about missing anything. And acts play on vastly different stages, the smallest two being barns, while another looks like a Wiccan temple.

As such, the headliner hierarchy is far less detectable than traditional music fests. Graves was a headliner, so was Jamila Woods, and Broken Social Scene, but they all played to similar-sized crowds. So did a tall, bony, Swedish ruralist with a cutting voice and slow, liquid guitar solos named Daniel Norgren, who's considerably more famous at Pickathon than he is anywhere else in America. 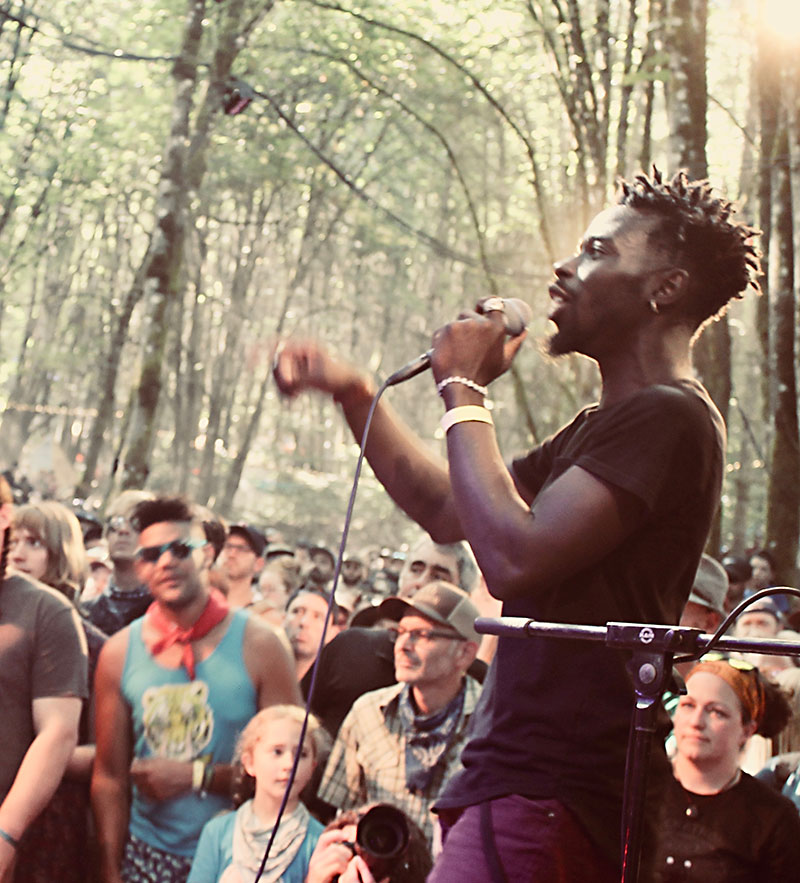 "There's nothing that really compares to it," says Quesada, a Pickathon veteran via Grupo Fantasma, Brown Sabbath, and Spanish Gold who last week pulled double duty with Glorietta and Black Pumas, while also sitting in with Arizona's Orkesta Mendoza during a particularly sweaty and wild Saturday night dance party in the Galaxy Barn. "The closest thing we have to it in Austin is Utopia Fest."

Quesada's main concern these days, new psychedelic soul outfit Black Pumas, were the talk of the ticket line when "Playback" arrived on Friday. They'd headlined the pre-party the night before, then on Sunday amassed a crowd in the woods for a performance peaking with real-deal single "Black Moon Rising." By next year, it's not hard to imagine the Eric Burton-fronted quintet on more festival stages, especially since they've signed with mega agents Paradigm.

King of the Wild Frontier

While Sarah Jarosz and I'm With Her bandmates Sara Watkins and Aoife O'Donovan put on a harmony master class rivaling the thinking-man's-banjo brilliance of former Bad Livers frontman Danny Barnes, and Paul Cauthen slammed out a late-night set of outlaw country, Charley Crockett stole the show.

Touring relentlessly these past two years, the Texan from San Benito brought King Ranch charisma to a pair of packed shows where he lit a fuse of Gulf Coast country/soul/blues boogie that left the crowd hyperventilating. A swaggering performer stitched in tailored cowboy threads, the Davey Crockett kinsman charmed with down-home banter and accessorized his stable of covers, ranging from Tom T. Hall to George Jones, with impressive original material from April's Lonesome as a Shadow (revisit "Texas Platters," May 11), including the contemporary, ice-cold soul strut of closer "Oh So Shaky," which positions him as the countrified equivalent to Leon Bridges.

Sans any specific initiative to book Austin acts, the festival has seeded a natural relationship out of sheer synchronicity. In fact, this banner year for Cap City music at Pickathon coincided with the presence of the Austin Convention & Visitors Bureau's promotional Airstream trailer, touting Texas tourism inside the festival grounds via cornhole and free phone charging.

"Ooh, is there a picture of me in there?" Shinyribs leader Kevin Russell cracked at the mention of the ATX trailer.

It proved impossible to estimate the number of dancers in the conga line that erupted on Friday night as the Austin septet commingled "Poor People's Store" with the Paragons' rocksteady classic "The Tide Is High" since it snaked back into itself like an inebriated ouroboros. After a medley-heavy set that demanded sandal-kicking jubilation from everyone in attendance, small miracle Shinyribs or its audience had anything left in the tank the following night.

Taking the stage at 1:15am, Shinyribs resurrected with a completely different set that enchanted a growing crowd with Russell's footloose, ukulele-swinging histrionics. Striking tenderness with "I Gave Up All I Had" and ass-shakin' jive on "Baby What's Wrong?," the 2018 Austin Music Awards Band of the Year converted a new batch of acolytes with horn-fueled eclectic swamp funk.