Hawkwind and Sabbath didn't spawn the Austin trio, but they should have 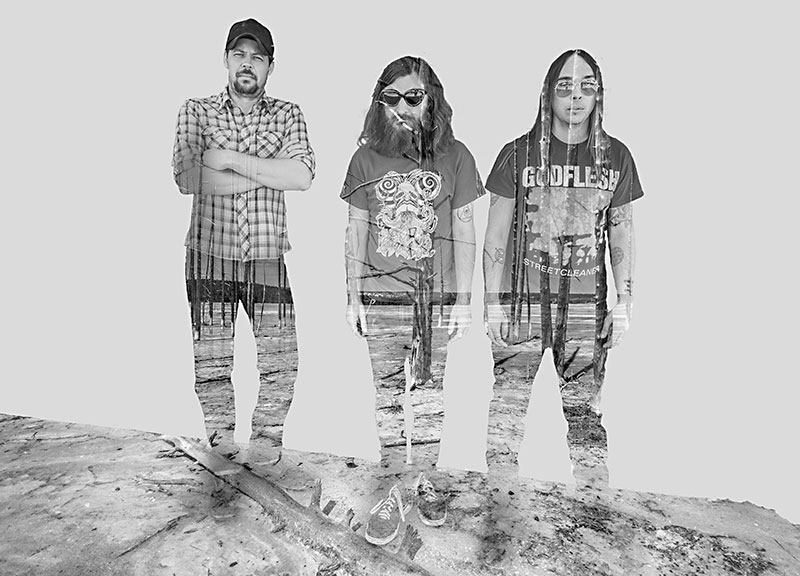 A decade after the Back Room and Room 710 closed, and the Sword entered Billboard's Top 200 album chart, the Austin metal underground enjoys a renaissance. The Well, Duel, Witchcryer, and Greenbeard score indie deals and international tours, while Communion, Thunderkief, and Otis the Destroyer muscle their way to the table. The Lost Well, Barracuda, and Come & Take It Live provide space for homegrown and touring acts to crank amps and shatter eardrums.

The sounds pioneered by Black Sabbath may live outside mainstream Austin's field of vision, but the worldwide hesher underground knows the Lone Star State's capital houses power chords worth hearing.

Combining Hawkwind's heaviest moments with Sabbath's spaciest, Bridge Farmers channel superior acid metal. Garett Carr's thundering basslines join Kyle Rice's percussive slam in support of Tyler Hautala's thickly layered riffs and hypnotic vocal drone. Balancing familiarity with individuality, the ensuing sonic blast roars across the sky like an asteroid with a death wish. After a handful of digital releases, the trio's sound reaches fruition on its self-titled, self-released debut LP, as rampaging and raw a document of ATX's extreme underground as any hesher could hope for.

The record's organic feel comes from the band treating the recording process as a gig. Outside of guitar overdubs and vocals, the album tracks were recorded in one take.

"We have to record live," explains Hautala. "We need that energy where we're all together doing it at the same time or it's just too hard."

Rice agrees: "I couldn't be recording drums in a room without playing with these guys. It'd be weird."

Though the analog recording was self-produced, its digital mastering boasts a name familiar to aficionados of heavy: Seattle titan Tad Doyle, late of grunge pioneers Tad.

"One of my bar regulars and friends who had been on tour with him in the late Eighties, early Nineties was like, 'Let me put you in contact with my friend Tad,'" relates Hautala. "'Like the Tad? Yeah, that'd be awesome!'"

Hautala and Carr formed Bridge Farmers nine years earlier after moving to Austin from Rock Springs, Wyo. – the fifth-most populous city in the state, but not a hotbed of rock culture. The owner of music emporium Graffiti Records turned the pair on to Austin acts including the Butthole Surfers and Scratch Acid, which inspired their southern migration. Initially a quartet with Boyfrndz drummer Aaron Perez and East Cameron Folkcore frontman Jesse Moore on second guitar, the group quickly evolved into its current incarnation, with Rice riding the drum throne for the past five years.

"I really enjoy playing as a threepiece," says Hautala. "It's helped me with songwriting, and it's really pushed my guitar playing. I just have more fun."

"There's a certain charm to the power trio," notes Rice.

Charm doesn't necessarily translate into material success. All three Farmers manage bars to afford their rock & roll lifestyle ("That high rent, man," notes Rice), but no one has plans to leave.

"We all just love doing it, which is the most important thing," says Hautala about the rewards for plugging away in a city with a skyrocketing standard of living. "We have such an awesome group of friends that make badass music. I feel lucky to be in the scene we are, with these bands. Everyone comes out and supports each other. It's special."

"Some of my favorite bands are local bands we play with all the time," affirms Rice. "It's a good reminder of why you work so hard to do what you do."

Bridge Farmers plow some record release action on Saturday, Aug. 11, at the Lost Well, with local support from Communion, Lord Buffalo, and Thunderkief

A version of this article appeared in print on August 10, 2018 with the headline: Rock Springs 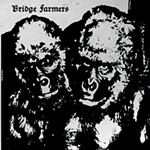 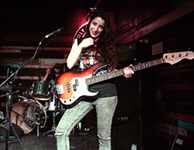