How Much Harder Can Skeleton Get?

They're already the most savage specimen of homegrown hardcore. 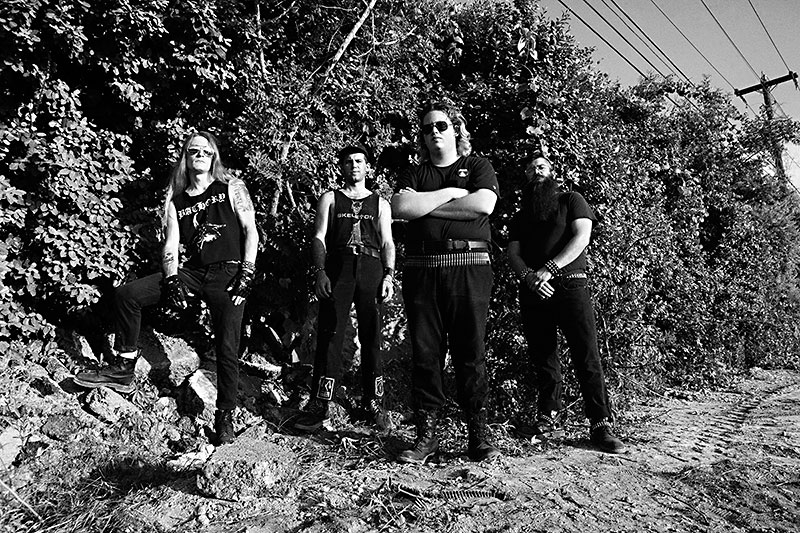 "All we want out of music," says Victor Ziolkowski, 26, drumming vocalist/leader of Austin hardcore outfit Skeleton, "is the hardest, the darkest, the scariest, or most mysterious."

"When I go to a show," Victor continues, eyes flashing, "I wanna be scared. And I wanna hear something heavy."

You'll experience both with Skeleton. Formed in 2014, the group's two cassettes and pair of flexi disc EPs evidence among the most brutal hardcore ever released locally. Tracks such as "Torture" and "Your Choice" simply crush high-velocity riffage and must have melted at least some portion of magnetic tape.

Equally compelling, a glimpse of the band's future closes Pyramid of Skull: full metal offensive "Killing/Locked Up," a comparative epic in their repertoire that clocks in at 3:14. Previewing a more metallic future for the band, the new EP's been hyped as the group's "last punk record" (revisit "Skeleton Dystroys," June 18).

"I dunno," Victor chuckles ruefully. "I feel like we've stood outside the punk scene a long time. It's just a record. The next one will be harder."

How much harder can Skeleton get?!

Fiercely independent and stringently DIY, they're already the most savage specimen of homegrown hardcore, given to black metal sonics, slasher film theatricality, and a broad experimental streak. Victor's become a one-man cottage industry via his I Hate I Skate label/YouTube channel/Insta­gram, aiding and sometimes participating in bands like Army, Enemy One, Nosferatu, Plax, the Real Cost, and Witewash. His three-day I Hate I Skate Fest in February did much for bringing this scene into the klieg light glare of the local music community.

To date, the Ziolkowskis have practically destroyed the musical tradition that constitutes their birthright. They're the progeny of Vic Gerard, a veteran fixture of the Aus­tin roots rock scene, having thumped bass for Two Hoots & a Holler, the Derailers, Chaparral, and 3 Balls of Fire. Both came up through the U18 circuit established by this periodical's late senior Music writer, Margaret Moser. Victor alone lists the Misspent Youth, which he joined at age 8, plus Max & Henry, the Fireants, Carson Brock, and Max Frost on his résumé.

"Margaret Moser was such a supporter of all my bands growing up," confirms Victor. "All the awareness she brought to the young scene of musicians in Austin for the past 25 years was so important."

David adds that Moser gave his initial band, Casino, its first proper show. Growing up together learning instruments in such a hothouse musical environment naturally led to the brothers' collaboration.

"We each know how to play guitar, bass, and drums," explains Victor. "It really helps with writing. I'll have a riff, then I'll hand the guitar over to him, and he'll play it and I'll play drums. Then he'll come up with the next riff."

Their tastes gravitated over time to harder acts. The siblings cite Discharge, Kyuss, Black Sabbath, and the At the Drive-In/Mars Volta axis as influential. The latter's anything goes approach ignited an ethic where whatever's heard in the tour van gets reinterpreted into Skeleton music. Which is now harder.

As their tour launch, Skeleton helms an I Hate I Skate session at the Electric Church this Thurs­day, July 26. The lineup features fellow locals and tourmates Skourge, Kept in Line from Dal­las, the Pose, Army, the Real Cost, and XgnapenstobX.

A version of this article appeared in print on July 27, 2018 with the headline: I Hate I Skate 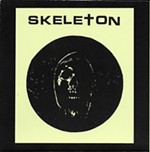