Fans missed Ponty Bone for several years before he passed at age 78. The once omnipresent accordion sage, whose feel-good style had prompted dancing for five decades, had been stricken with progressive supranuclear palsy, a brain disease that robs you of your most basic functions. Born Harry DePonta Bone in San Antonio, he began squeezing and wheezing at 5.

After studying art and architecture at Texas Tech, he fell in with Jimmie Dale Gilmore, Tommy Hancock, Terry Allen, Butch Hancock, and bandleader Joe Ely, whose group he joined in the late Seventies and toured the world. In 1980, Bone moved to ATX, where his soulful voice led Ponty Bone & the Squeezetones. A relentless performer who commingled Cajun, blues, Latin, country, and rock, he made four appearances on Austin City Limits and was inducted into the Austin Music Hall of Fame in 2009. That same morning, Austin lost Joe Valentine, a deep soul singer, multi-instrumentalist, record label founder, and club owner, who passed away at 81 in the Eastside home he built himself – shortly after telling his children it was his "time to go."

Born near New Orleans in 1938, Valentine still sported short pants when his mother Myrtle secretly pilfered her husband's stocks and bonds – which she later replaced – to buy her son a piano. That purchase inspired a lifelong music career that resulted in some of the most emotionally powerful underground soul singles ever cut. Valentine began singing professionally for the Mitchell Lennox Rhythm Swing Band at age 14.

Soon after, he started his own group, the Imperials, and began releasing singles on labels like Merit and Athens Records. Living in Baton Rouge, he founded Val Records, on which he released his best material. After moving to Austin in the mid-Sixties, Valentine continued to perfect his masterful ability to convey emotion on "One Night of Satisfaction" and "I Lost the Only Love I Had," the latter consistently netting $200 today. Valentine then became bandleader for Joe Tex in 1971, singing and playing piano on the road.

"He was a one-in-a-million talent who knew how to make you feel what he was singing," says vocalist Lynn Field, who collaborated with Valentine on the album Take Me in Your Love.

In 1986, he opened Valentine's Nite Club inside the Chariot Inn and performed there constantly. Six years later, he bought the 311 Club on Sixth Street and played there several nights a week with brothers Boddie Valentine on drums and Tony Valentine on bass. He put out albums on his Tee-Jay label until 2002. Most recently, he suffered from Alzheimer's, according to his son Joe Valentine, youngest of 22 children – and fourth to be named Joe.

Fai Jow, who died unexpectedly on the same day, didn't play music – he facilitated it. The big-hearted restaurateur, who fed musicians passionately, was born in Tulsa and opened the original Ming's Cafe in Houston. When his son attended UT, he opened a second Ming's on the Drag, which quickly became a popular destination for Austin's musicmakers, including Laura Scarborough, Brad Houser, and Eldridge Goins, who played on Mondays as the Mingtones.

Davíd Garza, Shelley King, Miles Zuniga, Paula Nelson, and Kat Edmonson, and Carolyn Wonderland, an old friend of Jow from her Houston days, were all regular players. The smiling, upbeat Jow became a fixture at concerts and often invited large assemblages of musicians to eat whether they had money or not.

"When it comes down to it, I'm a musician and any musician wants to play at the Hollywood Bowl in front of thousands of people who give a shit about your band," reasons Kathy Valentine about returning to the Go-Go's for three big concerts in L.A. earlier this month. "And to have the Los Angeles Philharmonic playing behind me is something I never imagined. Then again, I never imagined songs I wrote would be in a Broadway play either."

The Austin born-n-raised Valentine, who was edged out of the Go-Go's amid injury in 2012 and sued them the following year, has returned to the platinum-selling Eighties rock group.

"Anything we do I'll be included," the bassist says of her future with the quintet. "They've pretty much retired from touring, but are open to doing cool events and special shows."

It's good timing considering the Go-Go's are, in a sense, headed to Broadway. The group's hits, including the Valentine-penned "Vacation," are being sung in Head Over Heels, a new play combining the Eighties icons' bouncy songs with a plot based on 16th century prose poem Arcadia. Valentine caught the show in San Francisco, then observed the Broadway preview last week.

"I was entertained and amazed at how the songs were interpreted and how smart the arranging is," she says. "I think it captures an element of the Go-Go's, which is a little bit offbeat, wacky, fun, entertaining and – not – high art."

Still Austin rooted, Valentine plays guitar with her phenomenal rock & roll quartet the Bluebonnets on Saturday at 3ten ACL Live. As for Go-Go's gigs, she hopes the next stop is Cleveland.

"I have a feeling the Rock & Roll Hall of Fame is in our future," she reveals, noting that they were not only groundbreaking as the first all-female band that sang, wrote, and played their own songs to top the charts, but also in opening doors for artists on independent labels, like IRS, to have No. 1 hits.

Eric Church's New single, "Desperate Man," was co-written with Wimberley's Ray Wylie Hubbard, who drew from his unique personal experiences. "I once was so desperate I went to a fortune teller to get my future read and she said I didn't have one," the local outlaw poet detailed in a tweet.

Old Settler's Music Fest emailed a distress signal to supporters on Thursday detailing financial challenges that have put them in the red and asking for support. Online fundraising quickly tallied up $80,000 in donations. Executive Director Jean Spivey tells "Playback" they sank all their seed money into getting the new 145-acre property in Tilmon ready a year ahead of schedule and, after seeing low daily ticket sales last April, now risk being short on production funds. "Now that we have a permanent place, we can go forward and flourish, but we need some help to get over this rough spot," said Spivey, who added that several other events have inquired about renting their property, which will also help. 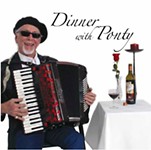