Playback – Kinky Friedman: Between the Lines

Kinky Friedman's first album of original songs in 35 years, 'How hard could it be?' 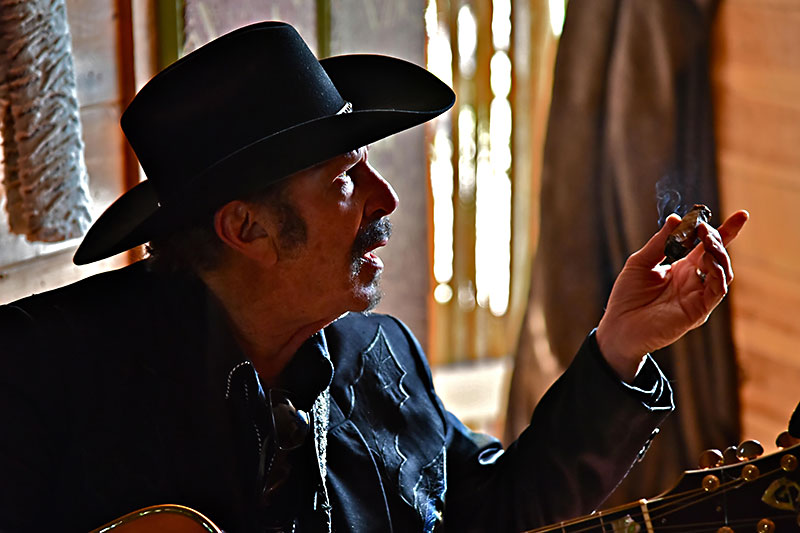 "I'm seventy-fucking-three," he sighs over a landline from his Echo Hill Ranch in Medina. "Though I read at the 75-year-old level."

Still, Friedman's getting long in the tooth. His hearing's going to shit, his animal rescue facility has been downsized to a couple of donkeys, and uptight people are making him grumpy. Not long ago, police stopped him leaving the Kerrville H-E-B after a customer complained that the one-time gubernatorial candidate was smoking a cigar while shopping.

Meanwhile, Friedman's other oral fixations – singing and songwriting – have proven unusually productive of late. Tuesday's Circus of Life marks his first album of original songs since 1983's Under the Double Ego. Devoid of goofball, Jew-sploitation and envelope-pushing ballads, the 12-track LP wells up with tender and spacious life reflections (see "Texas Platters," June 1).

"I've written these songs between the lines," he reveals. "So you can actually think while you're listening to them."

Austin Chronicle: Every track on Circus of Life feels like an homage – to your friends, your guitar, your pets.

Kinky Friedman: You really hit on something fuckin' weird because I never consciously set out to do that. I was pretty miserable when I wrote this shit, which is always step one if you want to be a songwriter. They came really fast, but looking back over it, I see so many dead sweethearts and lost cats. It's like I'm writing to a silent witness.

AC: In my favorite song, you depict Jesus Christ returning as a homeless person at Denny's. What inspired that?

KF: "Jesus in Pajamas" actually happened to me. This guy in a dirty green knit cap came into a Denny's in Dallas. He wasn't even begging, he was trying to sell me a coupon. I always give money to a guy like that, but I didn't have any cash. After I left, I was overcome with guilt, so I came right back and he was gone. I asked the cashier where he went and she said she hadn't seen a guy in pajamas, which didn't make sense because he was hard to miss. So I wrote that song on the way to Ft. Worth.

It's a universal Christian message. Back when Kristofferson was the most talented ... uh, janitor in Nashville, that's the kind of song he would've written, but he didn't. It took a Jew to write that.

AC: Nelson Mandela's fondness for your song "Ride 'Em Jewboy" always blew my mind. Can you specify how he came to know that?

KF: I went to South Africa in 1996 and Nelson Mandela's right-hand man, Tokyo Sexwale, who was a prisoner with him at Robben Island, told me Mandela was a fan of mine. I assumed we were talking about books. Then Tokyo said, "Don't get a swell head Kinky, because you were not Mandela's favorite country singer – Dolly Parton was – but he listened to your music."

They smuggled in cassettes to Robben Island and very late at night he'd play them so some of the other prisoners could hear. Tokyo heard him play "Sold American" a few times, but he mostly played "Ride 'Em Jewboy." That was his sign-off song – the last thing he'd play at night.

That's better than a Grammy. You never know who you're gonna reach with music.

AC: Who would you most want to hear Circus of Life?

KF: I'd like for my parents to have been able to hear it. They were super supportive of my music.

AC: Given voters' recent rejection of establishment political candidates, do you wish you would've waited until now to run for governor?

KF: Yeah, the time you run is just crucial – especially if you're an independent. It's like a country singer's career: You have to die at the right time. I will say this, politicians only fear one thing, and that's guys like Donald Trump and Kinky Friedman and Farouk Shami. They're afraid of outside people getting into politics.

AC: You pay tribute to Willie Nelson's generosity with the new song "Autographs in the Rain."

KF: That's a thank-you note to Willie. I've asked him for 500 favors and he only said no once. He was in my video [How To Lose Friends & Irritate People] with Dwight Yoakam and Don Imus, and he said it was the "stupidest fucking thing" he's ever done in his life and it was. I hit him up for another favor right afterward and his response was, "Find another sucker!"

"Autographs in the Rain" is about a time there was a long line of fans by his bus and it started raining. Willie just kept signing autographs and he didn't have somebody holding an umbrella over him. That says a lot about who he is.

He still inspires me. I'm doing 40 solo shows with no days off. That's a Willie idea. Days off throw you off, but if you run on adrenaline, your shows will be pure and raw.

AC: The tone of Circus of Life is finality. Will this be your last record?

KF: No. To quote Gustave Flaubert, "I would not like to die before having emptied a few more buckets of shit on the heads of my fellow men."

Barbara Lynn has been named recipient of a $25,000 fellowship from the National Endowment for the Arts. The Gulf Coast R&B guitarist and vocalist, best known for the classic 1962 single "You'll Lose a Good Thing," retains a deep, abiding association with Austin, including records issued on the Antone's and Dialtone labels. On July 10, she'll play at Antone's Nightclub, where she's been a fixture since the Seventies. Previous local recipients of the prestigious grant are late fiddle legend Johnny Gimble and Tejano innovator Manuel "Cowboy" Donley.

Por Los Niños, a concert for separated families at the Texas border that features performances from Cecilia & the Broken Hearts, Chulita Vinyl Club, and Kiko Villamizar, runs Saturday 2-6pm at the Hard Luck Lounge. Organizers will be selling barbecue chicken plates and taking donations to raise money for RAICES, a nonprofit providing legal defense for migrant families affected by Trump's zero-tolerance immigration policy. "Cruelty towards children as a deterrent to immigration is a moral issue," says Hard Luck owner Denis O'Donnell. "The prevailing narrative needs to be 'Diversity is strength.' That's who we are as a nation."

The Saxon Pub's airport restaurant has closed, "Playback" noticed while flying to Detroit on Friday. The Gate 5 eatery, decorated to look like the classic South Lamar songwriter haven, occasionally featured live music, but was best known for having really bad chicken wings. In related news, the Chronicle gift shop wouldn't give me an employee discount on a $5 bottle of water.

Marcus Abogado, a local music scene fixture who booked bands, ran sound, and served as the local-act liaison for Transmission Events – in addition to being a helluva nice guy – is moving back to Seattle. Austin sends him off on Friday with a eight-band bill at Mohawk, including Octopus Project, Young Tongue, Palm Days, and Megafauna. 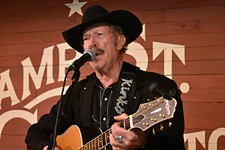 The Resurrection of Kinky Friedman
From Houston to Echo Hill, the self-proclaimed Texas Jewboy sings a new tune