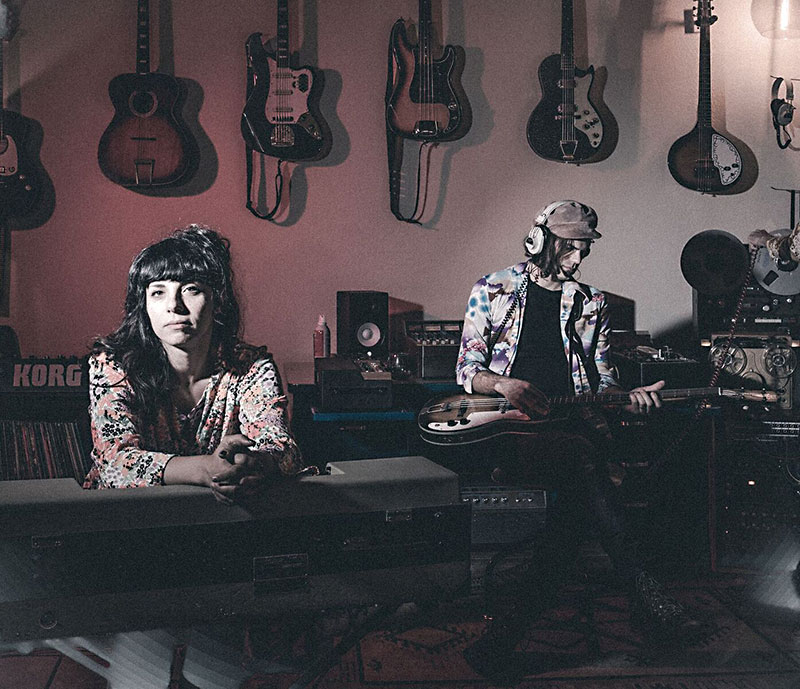 Now, the group casts forth a deeper listen via Hangin' on a Dream. Slow-moving and beautiful, the five-track effort being christened at Mohawk on Tuesday unfolds with Ghelichkhani's brokenhearted "Believe," which sounds like Mazzy Star on a lunar mission. The sonically rich collection may be Austin's most headphones-mandatory release of 2018.

"We're as much into post-production as we are production," Schoepf says of Night Glitter's studio process. "We'll spend a whole day with the space echo."

An omnipresent force in Austin music – backing giants in the Austin Music Awards and All-ATX house bands, and playing bass for the Happen-ins, Roky Erickson, Ray Wylie Hubbard, Bruce Robison, and Kelly Willis – Schoepf steps up to the mic on Night Glitter's EP. The title track and highlight "Hangin' on a Dream" positions him as a shoegazy singer and impressive songwriter.

Ghelichkhani says Night Glitter provides an outlet she and Schoepf were searching for.

"We've been very loyal, committed, and grateful to the people we play with for so long, but at some point you have to do something for yourself," she says. "This band feeds our creativity." 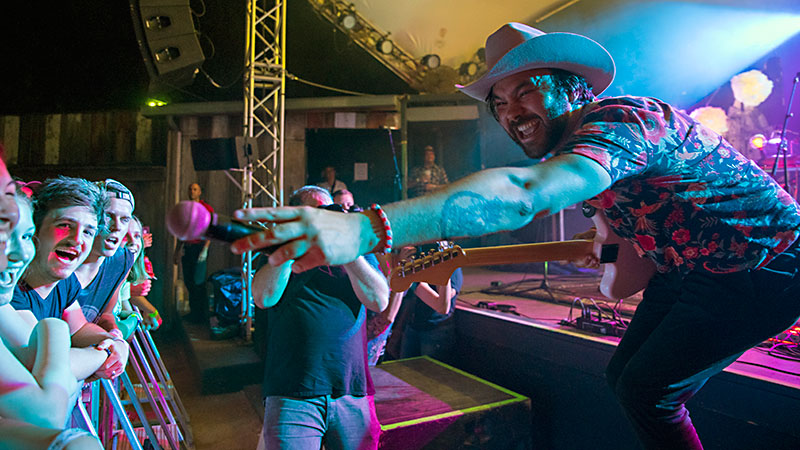 Last Saturday's sold-out performance at Stubb's festooned the stage with stacked TVs running home videos, amplifier-concealing stage sets of cloudy buildings, and a mustard yellow marquee flickering, illuminating one of the concert's four solo segments. Credit that theatrical stroke to being raised behind the curtain by playwright mother Amparo Garcia-Crow and set designer David Rose, with whom he introduced a Father's Day screening of the Talking Heads' Stop Making Sense for the Austin Film Society the next day – also a sellout. Graves' copy of David Byrne's How Music Works collects no dust.

A seamless and compelling home run of a performance, in which he spotted a former geometry teacher in attendance, Shakey Graves extolled Austin, growth spurt and all, with vintage cut "Bully's Lament." Its refrain: "We're not like the others."

"This was a do-or-die year for us," revealed Austin Terror Fest booker Dusty Brooks after a full weekend of doom, experimental, grind, and thrash metal that brought out hordes of hometown heshers and black-clad visitors. "Last year, we did it during South by Southwest and it left us in a rut, so we knew we had to knock it out of the park." 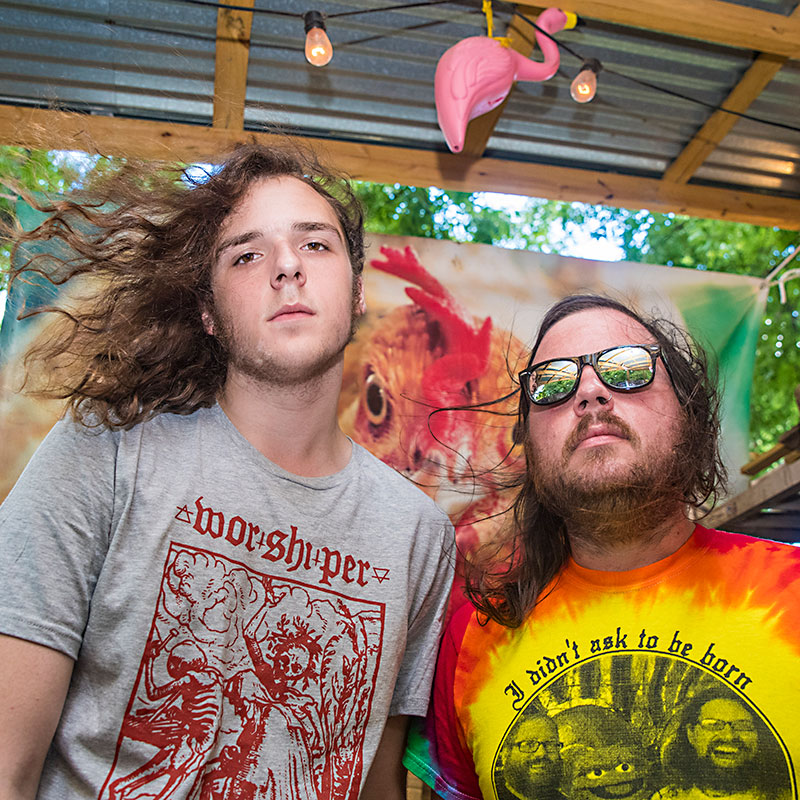 For a festival brand still taking root, the second-year event transpiring at the Lost Well and Barracuda succeeded with immaculate, deep-genre selections and thus felt like a metal cousin to defunct punk gathering Chaos in Tejas. It'll be back next year. Brooks, who books at Lost Well and builds the eardrum-punishing Worshiper Cabinets, says organizing ATF builds stronger relationships with bands and agents, which translates to better club shows all year.

His booking partner, Dorian Domi, the 17-year-old wunderkind who's already thrown shows with marquee metallurgists including Eyehategod, Warning, Conan, and Weedeater, prides ATF on putting lots of great bands under one roof.

"It's hard to see 40 Watt Sun in America at all," said Domi, "but to have them together with Bell Witch and Yob was a show for the books."

Suzanna Choffel faced accusations of cultural appropriation leading up to a Selena tribute performance in Dallas on June 14. An online outcry, over a white artist being booked to pay homage to the Queen of Tejano, prompted widespread debate and national news coverage. Choffel, who soon made it known she's 1/16 Mexican, received support both from Selena's father, Abraham Quintanilla, and the late singer's husband/bandmate Chris Perez. The show was well-attended.

Local diplomat Willie Nelson, outraged over migrant children being caged up at the border, tweeted at the president via his wife's @BioAnnie1 account, on Monday: "Let's go down to a border detention center together to better understand what's happening down there?! Let's talk!" 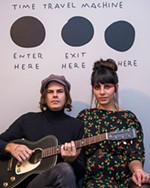