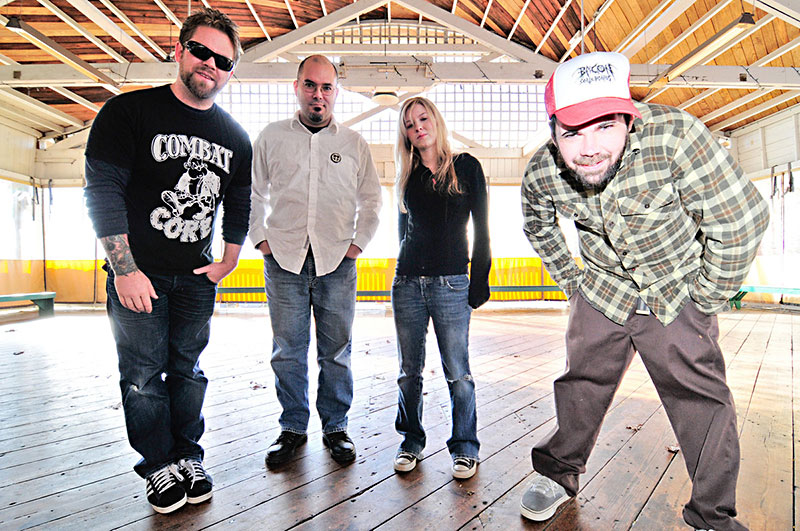 Agoraphobic Nosebleed has never played Austin. The East Coast grindcore project sprung from the cranium of bedroom-metal-Beethoven Scott Hull in 1994 and existed as a fascinating genre staple for two decades before staging its first proper concert at Maryland Deathfest 2015.

"Scott finally found a way, technologically, to have the drums come across live the way he wanted them to," explains co-vocalist Richard Johnson.

"Playing shows opens up a whole new element for the band," says Johnson, who screams alongside Jay Randall and Kat Katz.

"It's just extremely personal," Johnson said of the latter, written and sung entirely by Katz. "She dug really deep."

The former says Saturday's set list at Barracuda samples all the group's recordings. He hopes it's an up-close-and-personal affair.

"For Kat and I, it's all about connecting with the audience," he says. "At the Housecore Horror Festival [in Satan-Tonio in 2015] there was a barrier and we couldn't see the audience. So I don't know if we reached them, which is what we always want to do."