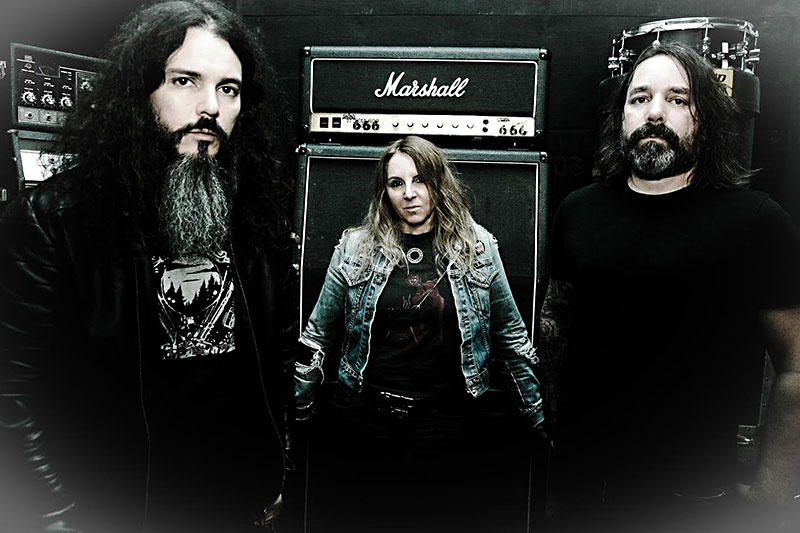 Stoner metal band Acid King famously took its moniker from a killer's quote: "Nobody messes with the acid king."

Founder and frontwoman Lori Joseph read the words by psychedelic fanatic Ricky Kasso in a true crime novel and related to his love of hallucinogens. The band's 1994 debut EP features a photograph of Kasso on its cover.

"I read that book in the early Nineties, and always loved that line," she says.

Raised in Chicago, the singer moved to San Francisco in her early 20s and joined the all-girl Gross National Product. She put an ad in the local paper for fellow lovers of Monster Magnet and Kyuss, which led her to initial bassist Peter Lucas.

"I met the original drummer, Joey [Osbourne], at a party. I was at a friend's house and yelled out, 'Who plays drums?'"

"We've all been lucky enough to have careers that allow us the flexibility to tour. I've never been the person to desire being a full-time musician," admits the boss lady. "Since we don't tour that much though, for Austin Terror Fest we just want to have fun, play, and look for Evel Knievel out there."