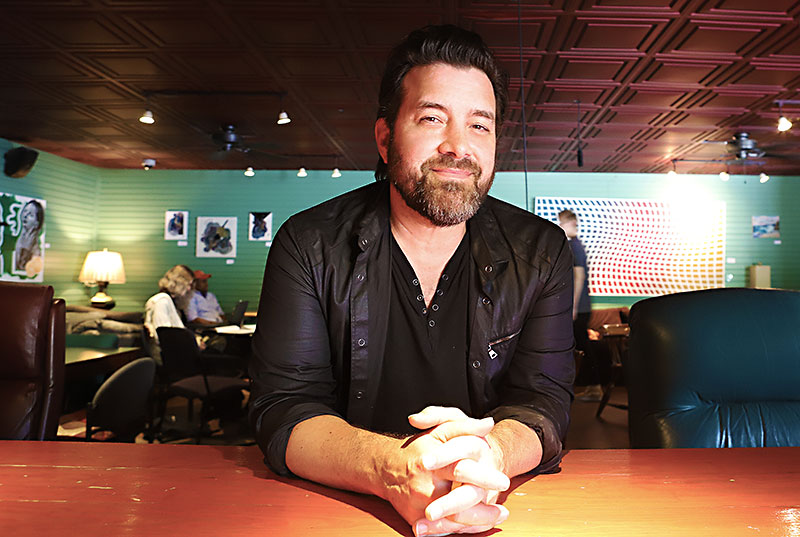 Today, one of Austin's most successful stay-at-home acts is in Ann Arbor. By Bob Schneider's estimate, the 10-day May blitz in anticipation of his new album Blood and Bones constitutes his longest outreach in years. Born in Germany to American opera obsessives, the singer spent the first two years of a nomadic upbringing nearby.

"It's kind of cool [being back]," he admits. "I mean, I'm not going to Ypsilanti. Ypsilanti's a real run-down piece of shit, as far as I can tell. I haven't been there in probably 40 years."

He arrived in Austin at the tail-end of the Eighties with $300 and a taste for James Brown born of dad’s basic instruction on beats.

Six miles east of Ann Arbor and triple that distance west to Detroit, said south Michigan municipality of some 21,000 remains a pervasive citation in the greater rock & roll atlas as providing civic mass to an adjacent trailer park in one Jim Osterberg's youth. Where Iggy Pop now speaks lovingly of self-sacrificing parents, Schneider not so much. At Julio's in Hyde Park a month earlier, the local characterized his own parenthood as a reaction to being raised by wolves – muse chasers.

"Me and [Iggy] are cut from the same shitty bolt of cloth," quips Schneider ruefully on the phone. "We're pissed off for no real good reason. He's sober also, if I'm not mistaken. I met him about a month before I got sober, in L.A., at a party.

"I think I really pissed him off, too. I was not a good drunk. I was a real piece of work."

Twenty-three years later this August, Schneider, 52, has abstained longer than he partook. Like maybe all entertainers, one who began professionally at 10 backing his father on drums during marathon country club dances, he thrived on the freedom of expression performance afforded, then found maintaining that liberation offstage difficult as someone barely drinking age. Alcohol glazed over the discomfort.

A fine arts refugee in El Paso when two key passions crossed – Terry Allen telling a sculpture class, "If you're an artist and you want to make art, just start doing it" around the same time the band Schneider played keyboards in talked about moving to the state capital – he arrived in Austin at the tail-end of the Eighties with $300 and a taste for James Brown born of his dad's basic instruction on beats. The first of his unprecedented 53 Austin Music Awards voted Joe Rockhead as Best Funk Band in 1992. The same designation fell to the Ugly Americans five consecutive times.

"The Scabs started as a direct result of me getting sober in 1995," explains the frontman. "Ugly Americans were basically an Allman Brothers knock-off band, which I played in from '93 to '95, drunk off my ass. Joe Rockhead broke up in '93 and that had kept my drinking tempered since I wouldn't start drinking until after the show. With the Ugly Americans, I drank all day, every day."

"People were like, 'No. No, no, no, no, no, no,' he chuckles about one of his favorite compositions. "I was like, 'Well, I have to do something else, because this isn't working in this environment.' That's when I heard about the Saxon Pub."

Four days after not revisiting Ypsilanti, under a sky streaked pink and black, Schneider and three or four others casually stand outside the South Lamar live music landmark. Dressed in black with brown and white coffee cup accents, the singer poses for selfies with fans before the Lonelyland performance. Veteran AMAs Best Bassist Bruce Hughes glad handles as well.

Another fresh entry, "Easy" doubles down on both ardor and hook. Ode of solidarity to Schneider's preschool-age daughter, born two months premature because of her mother's pre-eclampsia (see season 3 of Downton Abbey), the deep disc entry skips a playground lyric over a carefree bounce, but its autobiographical vulnerability is open – unguarded. The song couldn't be about anything except his second child.

"'Easy' is for sure about my daughter," confirms Schneider. "I wrote it when my wife and I were living there at the hospital and my daughter was in the [Neonatal Intensive Care Unit]. I was so distraught about all of it. I saw a lot of stuff in there. I saw kids in the NICU that were not gonna make it. It was so heartbreaking.

"I dug hard into that song because I needed relief from all of it, and it gave me insight into the whole process of songwriting. It made me realize, 'Oh, yeah. Whenever anything of importance happens, whether it's hard or joyful, that's when you really have something you can write about.' If it creates some kind of emotional resonance with the listener, you've done your job. If it doesn't, then what's the point?

"Would I like to be bigger [nationally]? Sure. But I'm not willing to do anything except try to write the best songs I can and try to be as entertaining as possible whenever I play."

Blood and Bones releases in conjunction with Bob Schneider’s appearance at KGSR’s Blues on the Green in Zilker Park on Wednesday, June 13. Catch a live stream on the singer’s Facebook page. Lonelyland’s Saxon Pub residency continues on Monday nights, 8:30pm.

A version of this article appeared in print on June 8, 2018 with the headline: Easy 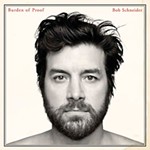 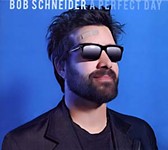