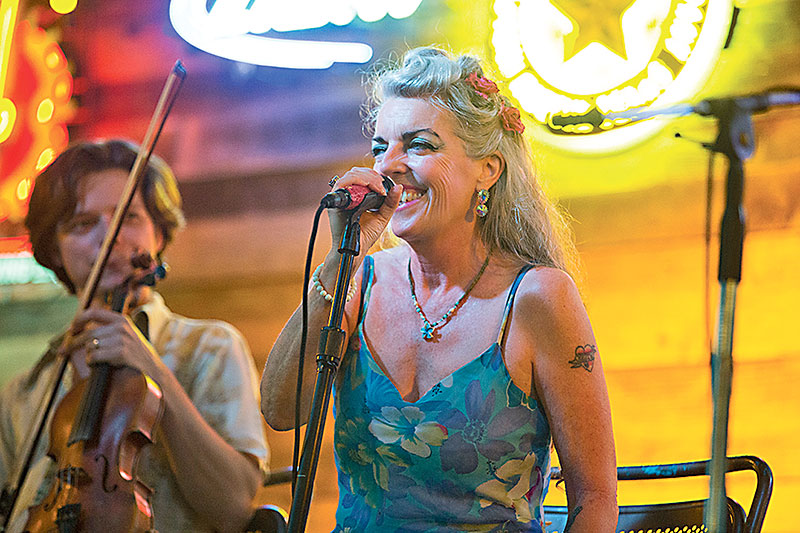 "I'm having so much fun, I should be paying you," Toni Price loudly proclaims to everyone and no one in particular at a recent performance. "Just kidding. I'm broker than the Ten Commandments!"

Financial stability notwithstanding, the 57-year-old singer has carved out a special place here in the live music capital, where she owns one of the most extraordinary local legacies of any musician in the last 30 years.

After five months away from the stage, Price is now holding court for no cover on Tuesdays, 8-10pm, at the Little Darlin' – a super South Austin bar with an XXL patio. Little Darlin' co-owner Mike Sanchez, who spent a decade tending bar at Emo's on Red River, says turnout for the song stylist's performances has been solid since beginning in April. He recently extended the residency through June.

"Toni gives us credibility," says Sanchez, who sees Little Darlin' as an homage to old Austin.

Toni's daughter Amber, a friend of Sanchez since high school, connected the two.

"The Darlin' is a fabulous place run by young people who grew up here and are not bitter," Price offered via text on Monday. "I'm just trying to make a living in our unaffordable town."

Back when Austin was cheap, in 1992, the singer began her famed Continental residency. At a landmark venue known for establishing one crucial weekly residency after another – James McMurtry, Jon Dee Graham, Dale Watson – Price's HH gained unmatched allegiance and notoriety. The synergistic relationship between her and the South Congress speakeasy remained golden until it wasn't.

When the Continental became Price-less last October, there was no announcement – only talk of drinking, belligerence, and lateness. A source with intimate knowledge of the matter confirmed that Price ultimately quit. To some surprise, no other bar scooped up the wildly popular residency in an attempt to re-create the magic.

Yet there on May 8, all the picnic tables at Little Darlin' were full and every head turned toward the stage, where Price slayed with small-town Americana reflection "Tumbleweed," which the great Gwil Owen penned for her 1995 album Hey. For those who might have lost track, Price's song interpretations are still brilliant – sexual, pained, loose – and never ever by-the-book.

When she turns up the sass on NRBQ's "Me and the Boys," it becomes an ode to her loyal band. In the previous millennium, her backing strings included A-list shredders Denny Freeman, Derek O'Brien, Casper Rawls, and David Grissom. Now, and for the last decade, fiddler Warren Hood, his melodically gifted cousin and guitarist Marshall Hood, and hard-pickin' guitarist Willie Pipkin have kicked around solos and bright harmonies.

"We'll follow her wherever she wants to go on a Tuesday," says Warren, who's been sitting in with Price since he was 12.

Warren's father, Austin Music Hall of Fame fiddler/guitarist/mandolinist Champ Hood, anchored the diva's band throughout the Nineties. Diagnosed with cancer in 2001, he died that fall on a weekend. And by Tuesday, a young Warren had found shelter at Price's Continental residency.

"Those hippies protected me from the outside world the night after my dad died," he remembers. "That meant a lot to me."

Last week's set included a version of "As the Crow Flies" by Champ's old trio Uncle Walt's Band. Warren says such performances are "church" for those who attend regularly, crediting Price's innate understanding of music as an ultimate form of communication.

"She lays everything she's got out on every song, connects in a very human way," he adds.

And as her glass of whiskey empties, the banter becomes exceptional:

"If you want to go to the Space Force, go! Get off our planet!"

"I don't have the Facebook. I don't want to hear no picture of your breakfast!"

Then, at the point that her monologues threaten to overshadow the music, she unleashes a shattering version of R&B staple "Bring It on Home to Me," which she learned from mentor/producer/label-owner Clifford Antone. Her emotive voice and its universal heartache delivers the song with the weight of a Sam Cooke or Aretha Franklin. Once again, Toni Price removes any doubt that she's one of the finest song charmers this city has ever called resident.

Vinyl Foragers' Delight: Hunt through the elysian fields of the country's biggest, most bountiful harvest of LPs, 45s, and CDs this weekend at the Austin Record Convention in the Palmer Events Center. There's only one convergence this year – as opposed to two in 2017 – so both buyers and sellers are sure to swell up like summer ticks. Doors open Friday at 10am for early-bird shoppers ($40), while everyone else is welcome at the same time Saturday and Sunday ($5). ARC founder Doug Hanners notes that the collection of longtime KUT deejay Pat Crumhorn will be for sale alongside a mother lode from Houston KYOK soul spinner Rick Roberts, billowing with Seventies and Eighties R&B.

East Cameron Folkcore, whose brand of existential protest rock is still ringing in my ears a year after they quietly disbanded, isn't exactly reuniting tonight (Thursday) at the Hard Luck Lounge. However, vocalist/guitarist Jesse Moore is in town and will swap songs with ECF singer/multi-instrumentalist Blake Bernstein, early member Denis O'Donnell, and other members of the Folkcore family. 10pm.

Age Ain't Nuthin' but a number, unless you're Richard Overton, America's oldest man, who turned 112 last Friday. The cigar-smokin', front-porch-sittin', World War II veteran welcomed admirers to his central Eastside home last weekend for a birthday party. Music was handled by organizers Riders Against the Storm and DJ Kay Cali, while Marc Fort from the Texas Music Office honored Overton with a special birthday proclamation. The event raised over $16,000 to help keep Overton cared for in his home.

Steve Dean, the Texas music lifer who passed April 28 at age 65, will be memorialized at the Continental Club on Sunday, noon-6pm. Casa Loma Playboys, Roger Wallace, and Shaun Young & the Three Ringers perform, Dean's book Historic Dance Halls of East Central Texas will be sold, and a video crew records his friends' favorite memories of the O.K. Records and AusTex Lounge founder. Bring a pie.

Nilsson or Newman? You never have to choose. The genius songwriting of both Californians took root in the Sixties, both penned tunes for the Monkees, and the former dedicated an entire 1970 album to vocally extravagant covers of the latter's songs. Wednesday, Austin songsters throw a Nilsson-Newman hootenanny at the Townsend that benefits Planned Parenthood. Among the artists with the idiosyncratic capabilities to deliver Harry and Randy's goods are Jacob Jaeger, Sarah Sharp, Bruce Salmon, Gabriel Rhodes, and Wilson Marks.

Anthony Stephan House, the first victim of the Austin bomber, left behind an 8-year-old daughter. Empire Control Room thus hosts a Music, Love & Crawfish fundraiser Sunday, 3pm, to help pay for her to go on a much-needed summer vacation and add to her education fund. Along with munching mudbugs, attendees get music from Tameca Jones, Kalu & the Electric Joint, Blastfamous USA, Think No Think, Possessed by Paul James, Nakia & the Blues Grifters, and many more. 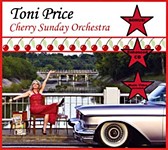 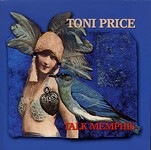